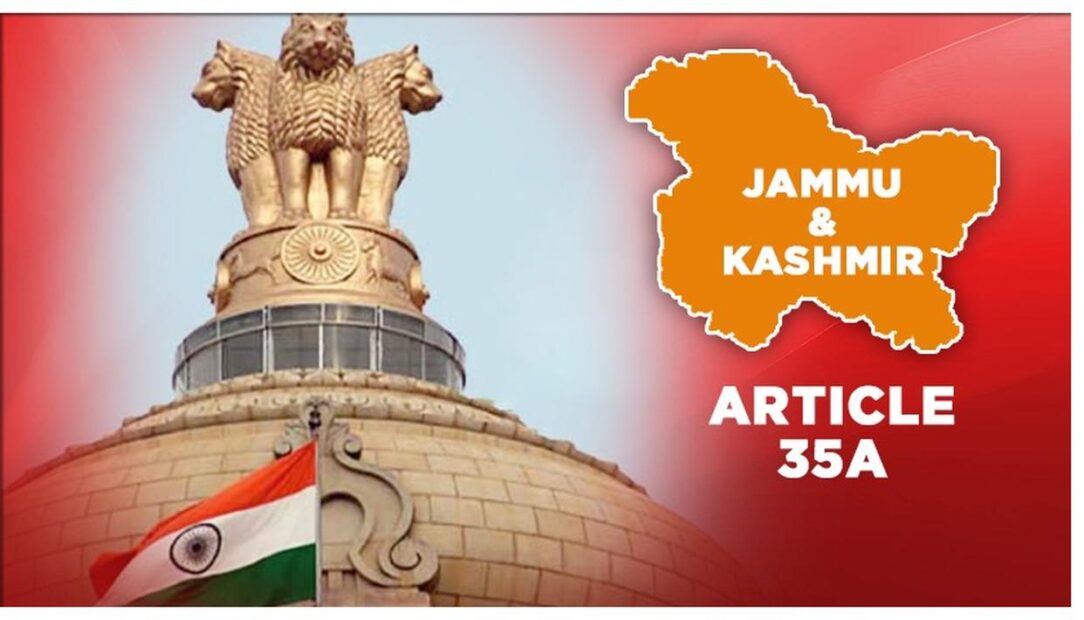 Article 35A is an important provision merged in the Indian Constitution that gives the Jammu and Kashmir Government a right to decide on ‘permanent residents’ of J&K and discuss their special privileges and rights in the acquisition of property and public sector jobs in the J&K state, public welfare, and aid and scholarships. This provision necessitates that no act of the parliament that is considered under it will be defied for the violation of the law or constitution.

Article 35A got included in the Indian Constitution in the year 1954. This order was presented by President Rajendra Prasad on receiving the instructions from the Nehru Cabinet. This debated constitution order followed the “1952 Delhi Agreement” that entered between J&K Prime Minister of that time, Sheikh Abdullah, and Nehru. It expanded Indian citizenship to the J&K ‘State subject’.

Two of the Delhi-based organizations “We the Citizens”, and “Jammu-Kashmir Study Centre” moved the “Supreme Court” for scrapping this article. They even challenged the legitimacy of Article 370 that joins the Union of India to Jammu and Kashmir state. Under this provision, the legislature of J&K required the sanction of the J&K government for the application of laws in the state excluding defense, communication, and foreign affairs.

The prayers disputed Article 370 that was a “temporary provision”. Article 35A limits people from other states from obtaining employment or purchasing a property in J&K. A summon petition that was filed by an NGO “We the Citizens” trials the rationality of Article 35A as well as Article 370. This article argued 4 major representatives from Jammu and Kashmir that were an integral segment of the Constituent Assembly.

The petition regarded “Article 35 A” to be against the “spirit of unity of India”. This article forms a “class inside a class of citizens of India”. It restricts citizens from all other states from availing employment or indulge in buying or selling of property within J&K. It is a complete violation of basic rights stated under Article 21,19 and 14 of the Indian Constitution.

Another petition was filed by J&K native Charu Wali Khanna. She challenged this article “35A” for safeguarding specific provisions of the J&K, that restricts the fundamental right to possessions if a woman of the state marries a man who doesn’t hold a permanent certificate of residence. As per article 35 A, the children of that woman will be denied to obtain a permanent certificate of the resident. In other words, article 35 A considers them illegitimate.

Speech on Human Rights
Speech on Women’s Rights
To Top