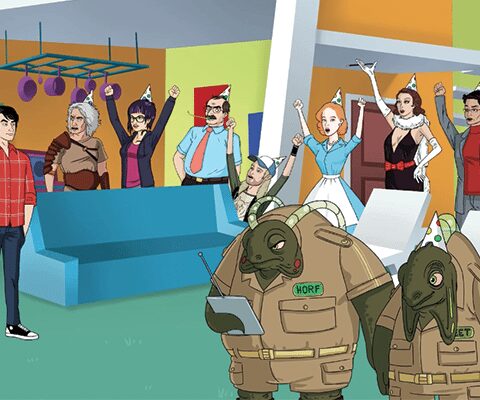 Blue Ant Media and Mondo Media have secured a deal with Canadian broadcaster Corus Entertainment to air a new animated TV series that features content from their Bite On Mondo digital development program.

Spanning 26, 30-minute episodes, each packed with animated shorts from Bite On Mondo, the show, which will also be called “Bite On Mondo,” will start airing on Corus’ Teletoon channel in 2016. It will be a part of the channel’s “Teletoon at Night” primetime programming block.

Bite On Mondo was launched by Blue Ant and Mondo (in partnership with YouTube) last year to discover, develop, and produce original animated content in Canada. Since launching, the program has received more than 500 pitches from emerging animators, the companies said.

Through the program, Blue Ant and Mondo also use YouTube as an incubator for developing successful animated content for other platforms. If any animated short breaks out on the channel, Blue Ant and Mondo would then redevelop the content or produce more episodes for the potential to sell them in packaged-shorts and longer formats.

Bite On Mondo will be showcased for international distribution by Blue Ant during MIPCOM 2014, which takes place in Cannes next week.