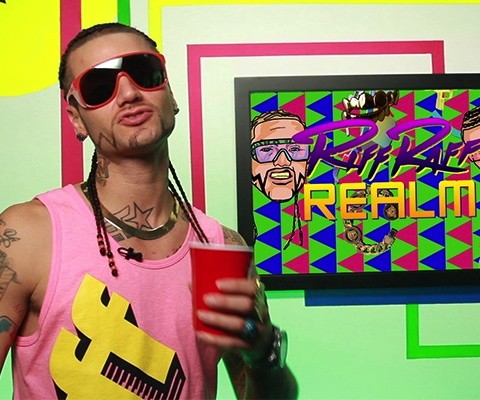 The second show is “Overcranked,” which will essentially be slow-motion clips of the “human form” shot by a super-slow motion camera, and set to music. Another way to put it? Watch attractive women do various things in super-slow motion, with a nifty audio track on background.

In addition to the two new shows, Complex is also renewing its flagship show, “Magnum Opus,” which looks to celebrate the history and cultural impact of influential hip-hop songs by interviewing artists associated with the tracks. Complex says it has already confirmed Snoop Dogg and Diddy to guest during the new season of “Magnum Opus,” with more to be announced at a later date.

With the addition of “Riff Raff Realm” and “Overcranked,” and the renewal of “Magnum Opus,” Complex TV’s originals slate now expands to 13 shows. The full list below, and can also be accessed via the Complex TV section at Complex.com.

An earlier version of this article said the new season of “Magnum Opus” would feature Snoop Dogg and Pharrell. It’s been changed to swap out Pharrell for Diddy.