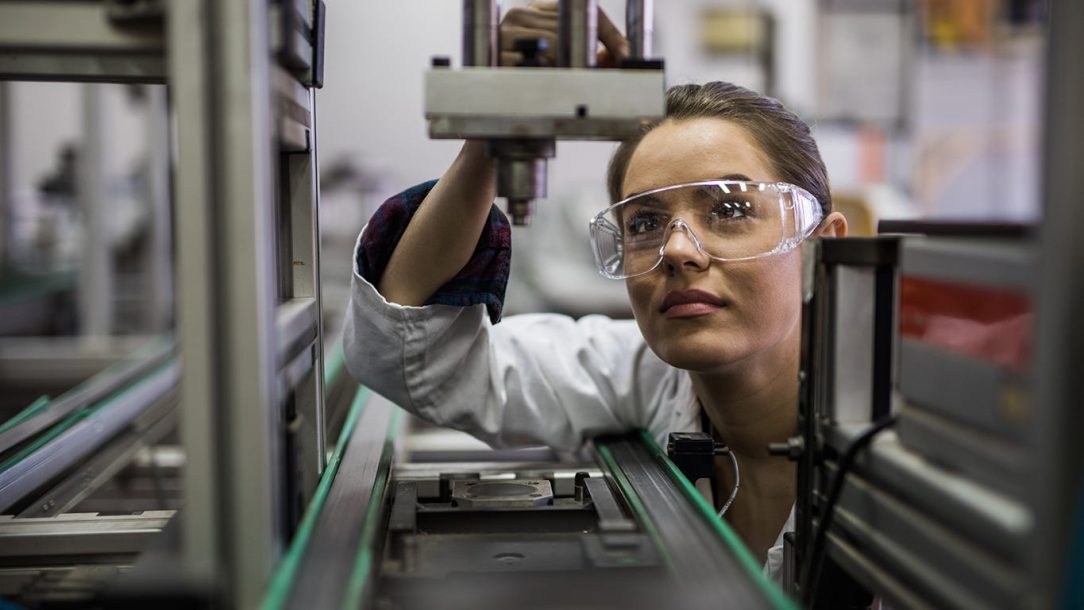 When we talk about inventors that changed the world, most of the people that show up on Google are predominately male. Very few are female, but that doesn’t mean female inventors haven’t made life better for the rest of mankind. Any great inventor will be forever remembered throughout history as a person that made lives better for everyone else.

So to give context to the title, let’s look at the six greatest female inventors who changed the world. 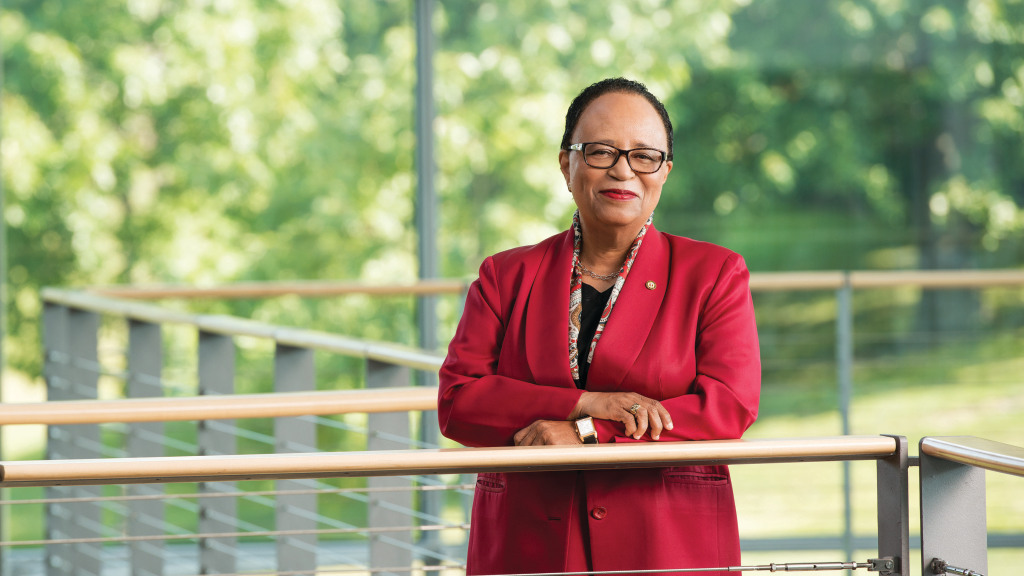 Most of you have no idea who Dr. Shirley Jackson is. In short, Dr. Shirley Jackson was a black woman and the first to receive a Ph.D. from the Massachusetts Institute of Technology.
The year is 1973 and Dr. Jackson works on vital research that ultimately gave birth to the technology preceding the creation of the telephone, fax machine, fiber optic cables, and more. Her research is instrumental for life as we now know it.

Dr. Shirley was the brains behind the technology that we now know as caller ID and call waiting. Without her, we wouldn’t have taken such huge steps in telecommunication today. 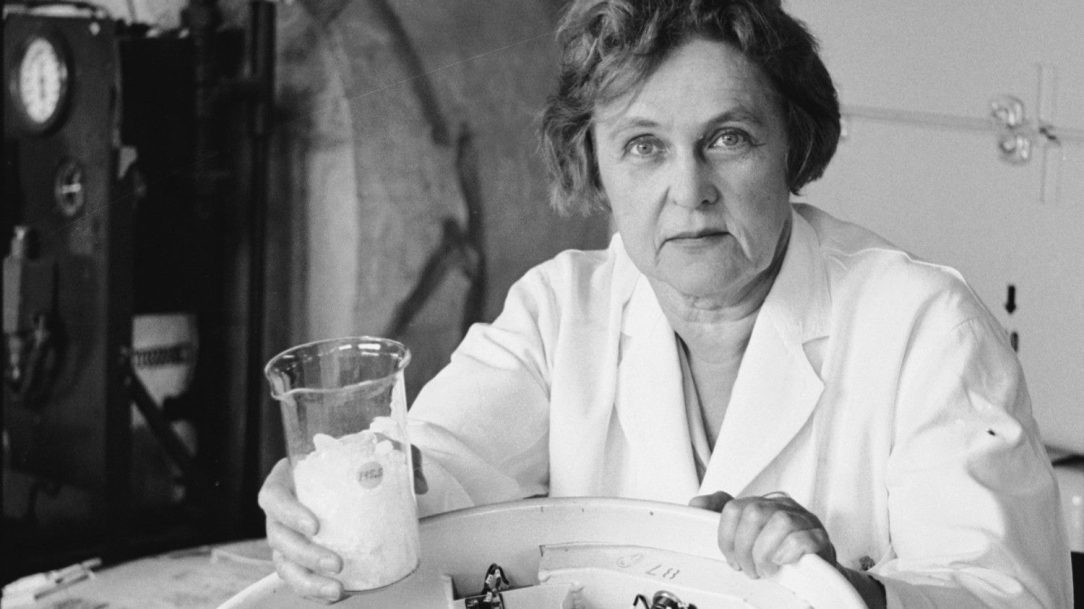 Another female inventor that has some ties with the Massachusetts Institute of Technology, Maria Telkes was a Hungarian scientist who is most famous for the idea and subsequent creation of the first solar-powered house.

This house, which is in Dover, MA, was made to use power harnessed from the sun. The house is made to use a solar heating system that uses no electricity from the grid. Her breakthroughs in thermoelectric power also gave birth to the first thermoelectric refrigerator some six years down the line.

Without her vital research and input, the likes of Elon Musk would never have made it today. Solar energy is becoming vital for everyday life, and we have Maria Telkes to thank for that. 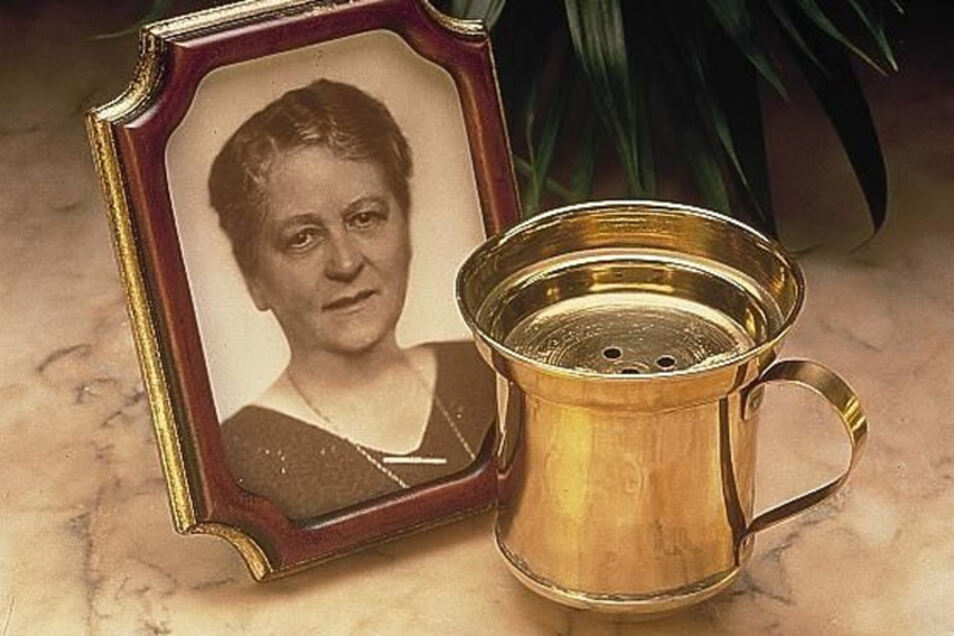 When we look at inventions that change everyday life, it isn’t quite fair to put importance on any particular one. While some inventions are more important than others, we shouldn’t take anything away from the smaller inventions that shape life today.

One of these inventions was the updated method to brew coffee beans. The olden method gave coffee quite a bitter taste. Melitta’s invention, the coffee filter system, revolutionized the way we consume coffee today. She even created a whole business around her invention and received a patent for the filtration system in 1908.

A fun fact for all of you reading this article; Melitta Bentz’s business still exists today. 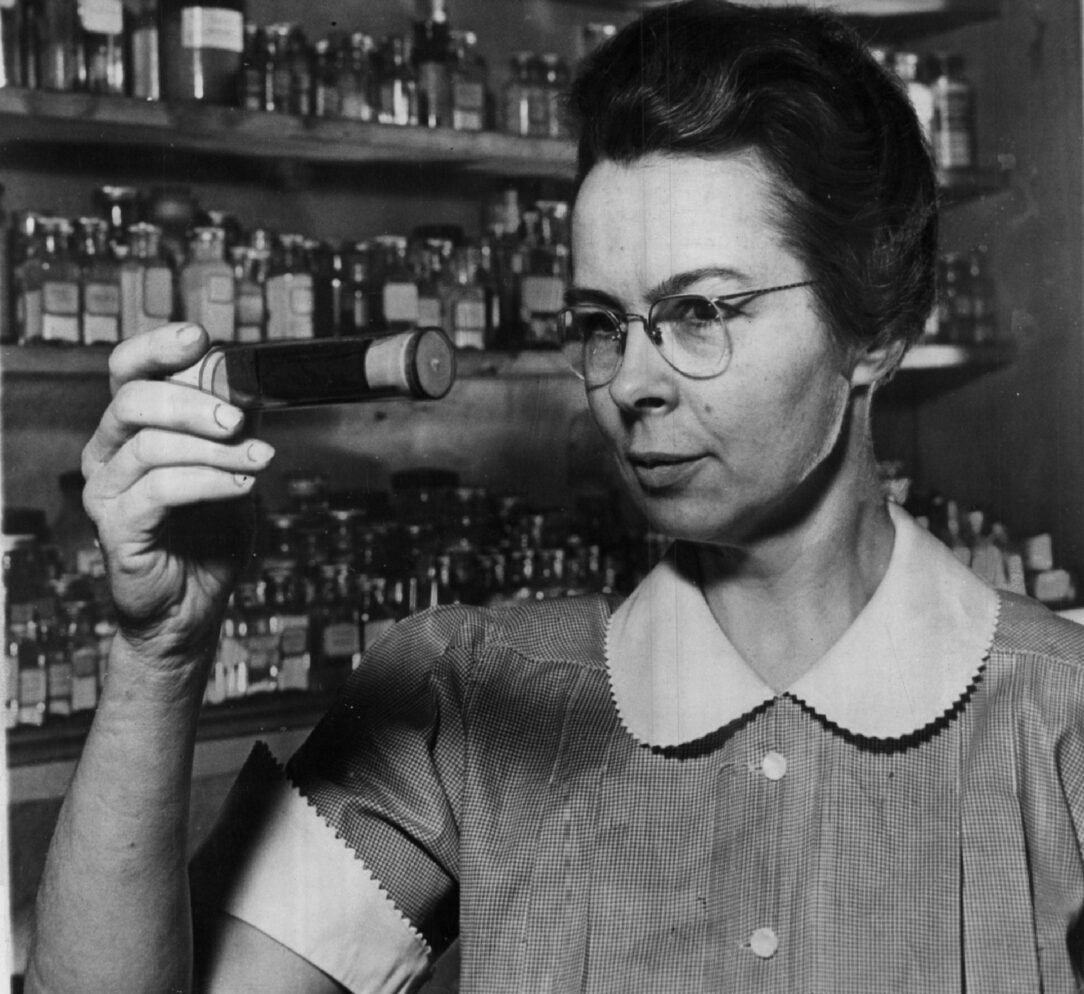 A brilliant inventor whose invention is used across dozens of industries, Katharine Burr Blodgett was a pioneer in the field of chemistry.

But her invention, the invisible glass, saw use across many industries. From being used as a camera lens and movie projector lens to submarine periscopes, Katharine Burr Blodgett’s non-reflective glass is essential for quite a lot of things. From eyeglasses to computer and smartphone screens, and car windshields, her invention practically changed the way of life. If it wasn’t for the non-reflective glass, who knows if we would have had cameras today.

If these brilliant women inspire you to come up with a solution to a problem that we lack, then going down the path of an inventor can be very rewarding. But to get there, you need an idea. If you need any sort of help regarding inventions, how to patent an idea, and anything of the kind, then make sure to visit inventhelp.com/inventhelp-faq.

See also  5 Tips for Protecting Your Invention From Theft 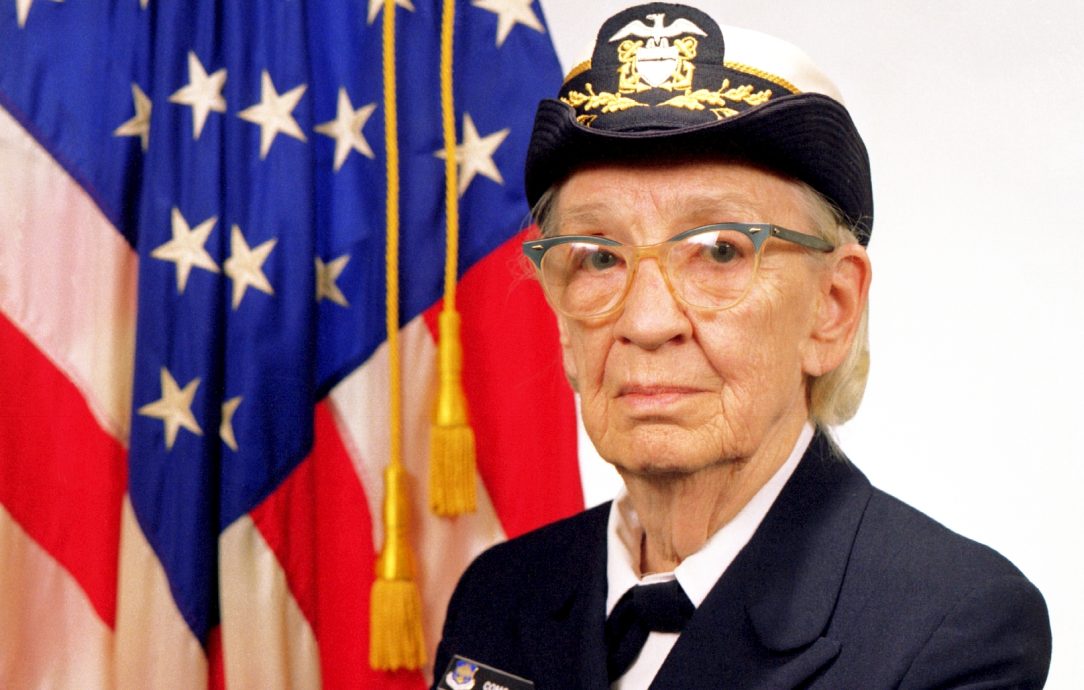 For all of you out there that regularly use computers, Grace Hopper is the brilliant female you should be grateful to. To say that Grace Hopper was a brilliant inventor is doing her work a disservice.

Grace Hopper made huge strides in the field of computers. She was the person to design Harvard’s Mark I computer and came up with the terms bud and debugging. If you’re a programmer, then you probably know what those terms mean.

But Grace Hopper’s flagship invention was the compiler. To understand what this invention is, you need to understand how computer programs were written back in the 40s. The compiler is essentially a device that translated written language into computer code. Without it, we wouldn’t be able to come up with such brilliant software today.

Everything that you do on your computer, smartphone, Playstation, television, or any other device that uses software is essentially 0s and 1s. Grace Hopper found a way to translate written language into 0s and 1s. With her compiler invention, we can communicate with computers and give tasks, orders, etc. 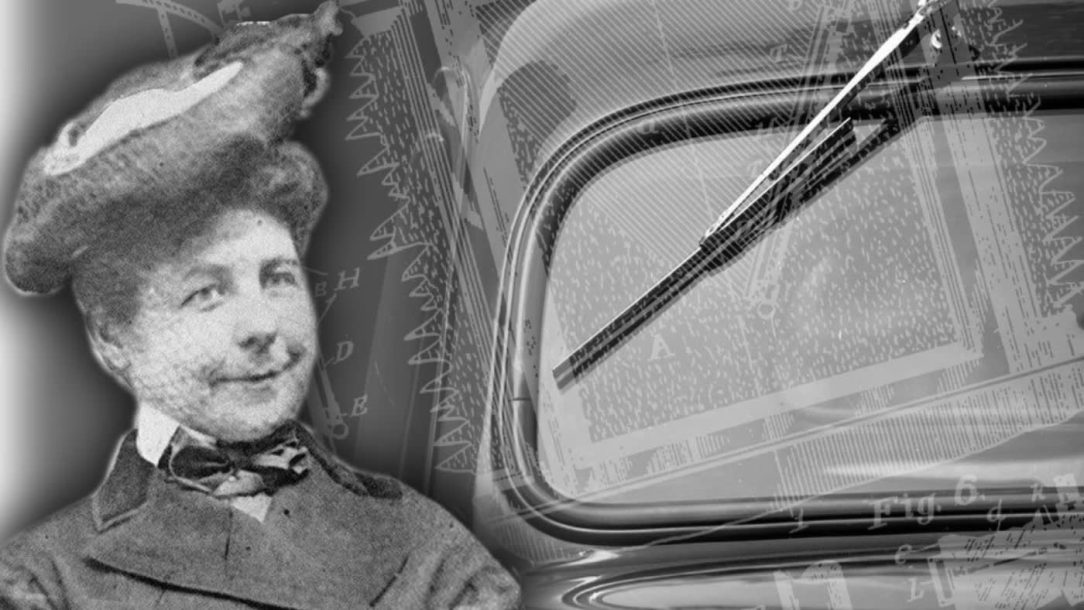 Imagine being on the road and rain suddenly starts falling. Can you imagine how poor your visibility is? No, you can’t because you’ll just turn on your windshield wipers. Well, imagine if Mary Anderson hadn’t invented this technology?

Mary’s story as to how she came up with the windshield wiper is quite relatable. She was a concerned housewife that saw the dangers of driving in bad weather. Her first concern was at the time she was visiting New York City. The weather was bad and the trolley driver had to constantly wipe the windshield using a towel.

See also  Everything You Need To Know About Disposable Vapes

That’s when Mary Anderson started working on an idea that would not only change lives but save countless others. She designed a lever that once pulled, a rubber blade would start wiping the windshield.

While she initially struggled to sell her invention, she finally managed to do that in 1922 when Cadillac bought it. After 1922, the company would manufacture every vehicle with a windshield wiper, starting a frenzy in the industry where everyone wanted a piece of this technology.

Brilliant women are responsible for some brilliant breakthroughs. While our list of six female inventors feels insignificant, there are hundreds of others that have helped shape humanity as we know it.

Notable mentions include Stephanie Kwolek’s Kevlar invention, Ann Tsukamoto’s Stem cell isolation, and why not throw in Lizzie Maggie’s Monopoly into the mix.

9 of The Best Christmas Party Ideas for College Students
Sports Recovery with CBD: CBD For Energy And Recovery?
To Top