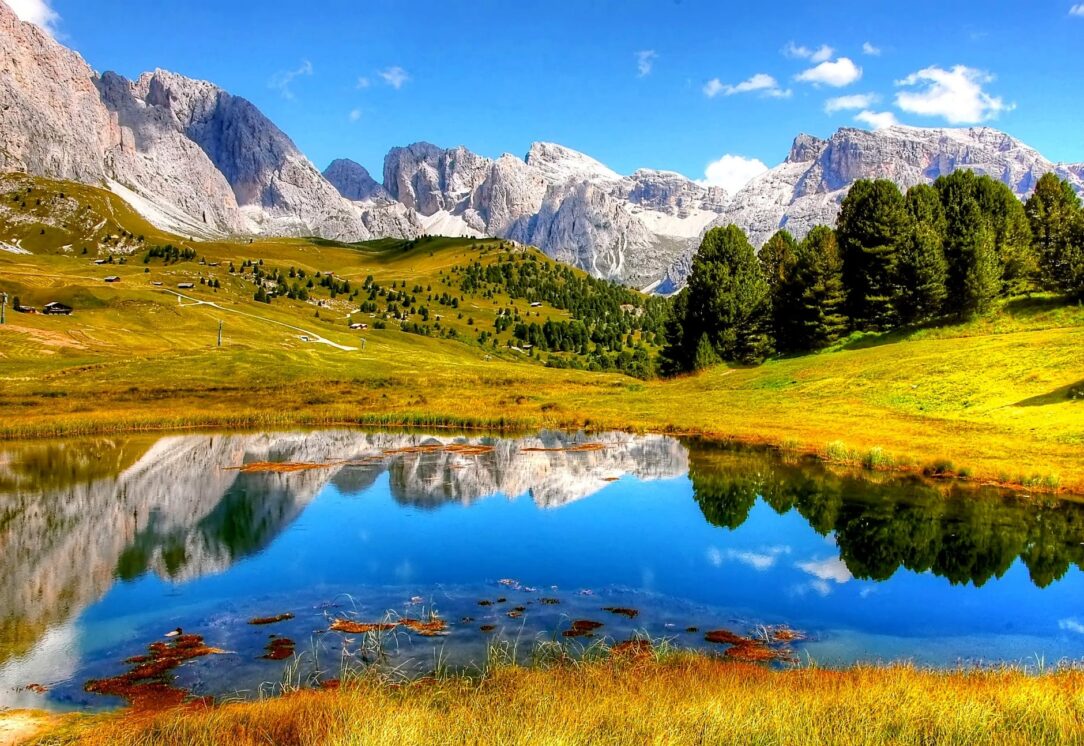 The following speech details some of the challenges facing nature today.

I am sure that like many here, you are familiar with the phrase, ‘Let nature take its course’. The definition is to allow something to happen with out trying to control it.

The Oxford dictionary defines nature as: “All the animals and plants in the world and all the features, forces, and processes that exist or happen independently of people, such as the weather,  the sea, mountains, reproduction, and growth.”

The definition clearly says, “Independent of people.” However, mankind’s indomitable growth and march in the name of progression is manipulating its very course.

In ancient Greece, it was written, Persephone, Demeter daughter of the harvest Goddess, was abducted by Hades, the God of the underworld, and taken to hell as his queen. Demeter was distraught that crops would not grow and the entire human race would perish of cruel, terrible hunger. King of the Gods, Zeus intervened.  Greek Mythology reads, Zeus forced Hades to return Persephone to her mother. But when in the underworld, Persephone had eaten seeds of a pomegranate, the food of the dead. From then forward she had to spend part of each year with Hades in the underworld. Demeter’s grief for her daughter’s departure is reflected in barren winter months and her happiness when Persephone returns are revealed in abundant and plentiful summer days.

Nowadays, humankind has exploited nature, so produce is bountiful all year round, to feed an ever-growing world population.  Perhaps Persephone escaped Hades, I hear you whisper? No, pesticides and modern machinery allow farmers and fishermen to reap more produce than ever before.

Even with mankind’s great advancements, over-population, climate change, nuclear weapons, species extinction and pollution may see nature pushed to the brink and the very existence of humankind’s way of life in jeopardy.

Sometimes, beautiful by design, the wonders of nature are countless. Let us reflect on some examples of nature’s great marvels. In Colorado, the changing colors of leaves are one of the best parts of fall. The Aspen tree; Colorado’s favorite tree turns a resplendent gold as the weather cools. Genetics plays a part in determining when their leaves change color. Sugar Maple trees stand like pink ice creams against autumn hills.

The world is full of fantastic fauna. From the annual migration across America of the Monarch butterflies, escaping harsh winter to the great brown bear of Alaska hibernating for winter. Then there are great feats by birds, such as the migration of the Bar-headed Geese that often fly over the Himalayas. The migration often cross continents and can span thousands of miles. Despite most of these birds never taking the migration path before, somehow they know that there’s is the path they are required to take.

Mankind has evolved into a powerful force of billions around the world. No other species can grasp science,  use the information and exploit nature like humankind. Humankind has the power to protect nature and use her  resources sparingly. Humankind regrettably also has the power to pollute, consume and destroy nature.  If the second path is taken it won’t be a surprise if the oceans rise and crops are destroyed. Or terrible wars are fought and mankind destroys itself through ignorance and greed.

Lets cover some of the threats to nature.

Fishing is one of the primary causes of a decline in ocean wildlife populations. The number of over fished stocks internationally has tripled in half a century. Today fully one-third of the world’s assessed fisheries are currently stretched beyond their biological limits, according to the Food and Agriculture Organization of the United Nations. Almost, wherever fishing is undertaken with nets, there is bycatch—the incidental capture  of non-target species such as marine turtles, dolphins and seabirds. Fishing industry leaders increasingly realize the need to reduce this damaging result of mass fishing.

Deforestation speeds climate change and destroys animal habitat causing extinction of species. Furthermore the method of burning trees to make way for land pollutes the air and causes respiratory problems. It must be noted all developed countries in their histories cut down trees for land, to make space for farming, to use the valuable wood, or plants existing among the trees.

Nowadays, Large-scale agriculture, primarily for growing oil palms, remains a major cause of deforestation in countries such as Indonesia. How can leaders of developed nations look Indonesia’s in the eyes and ask them to stop when their own countries did exactly the same hundreds of years before? The urgent predicament of pollution and global warming and the destruction of species means they must.

Driving from Kuala Lumpur airport toward the capital city during September 2019, an odd haze filled the sky. The taxi driver bemoaned the Indonesian forest burning hundred of miles south for the problem.

Indonesia’s forests are the 3 rd biggest in the world. At the dawn of the new century, large-scale plantations were responsible for more than half of Indonesia’s loss of primary natural forests,” said Kemen G. Austin, a 2018 doctoral graduate of Duke’s Nicholas School of the Environment, who led the study. In 2014 Norway promised Indonesia 1 Billion USD if they stopped the losses. Not even this stopped the destruction of Indonesian forests. The reason: the demand for palm oil continues unabated. The oil is a money earner and companies are becoming powerfull and shareholders are becoming rich from world wide profits.

In Brazil, the ‘lungs of the world’ are in great danger according to the latest satellite reports (Nov 2019). Deforestation of the Amazon rainforest has increased by 29.5% in the last 12 months, the highest rate since 2008. The rainforest lost 9,762 sq km (3,769 sq miles) of its plant and tree life between August 2018 and July 2019, In, the Brazil space agency reports. The rainforest is vital for consuming the planet’s CO 2.

Business Insider claims scientists believe a tipping point will be reached within 13 years. Glaciers and icebergs are melting much faster than previously thought due to rising earth temperatures. New research has shown that for the last 20 years the rate of melting of Greenland ice has increased by 250 to 575%. This releases freshwater runoffs into the world’s oceans and changes ocean currents in the Atlantic. If the Greenland ice completely melts scientists say it will raise sea levels by 7 meters. If the larger antarctic ice melts completely, oceans will rise by 57 meters. Some scientists think mankind is on track to increase global warming by a shocking 6% by the end of the century.

According to National Geographic major fossil fuel-producing nations—including the United States and China—planned to greatly increase the production of oil, gas, and coal in the next ten years, helping prognoses, they will miss their climate goals set under the Paris Climate Agreement. Gas and coal release methane which is more potent than CO 2 at causing warming.

Find A Speech on Nature

Human kind’s massive expansion has exasperated the situation. Failures this century to keep populations from ballooning out of control is a key problem. The population of China in 1990 was 981.2 million. In 2018 the population became 1,395,380,000.

Ironically, according to researchers of all the fossil fuel producing countries, The U.S., China, Russia and Canada could most easily change to green energy resources.

Nuclear waste disposal’s affect on nature is a major concern to all nuclear nations. Co 2 emissions from nuclear fission power are much smaller than those fossil fuels. However, there is a disastrous risk on fauna and flora if containment fails. Although most of the time containment is well managed disasters can happen as seen with the Chernobyl nuclear plant explosion. The large-scale release of radioactivity resulted in people being evacuated from a 20 km exclusion zone set up around the power plant, which has stayed in place indefinitely.

Due to pressure groups and anti-nuclear demonstrations the rapid rise of nuclear power construction has slowed.

Human kind has littered the planet with plastic. After world war 2 plastic production was vastly increased. Made from products of fossil fuels, plastic has greatly helped mankind with products from medical devices to advanced aero parts. Their value to environmental technology cannot be undervalued and the modern way of life we know today. However, a lack of recycling and disposable solutions in especially developing countries has worsened the problem.

According to National Geographic Every year, about “8 million tons of plastic waste escapes into the oceans from coastal nations.”

Most of the deaths to animals are caused by discarded plastic or starvation. Whales, sea lions, squid and other animals are strangled by abandoned fishing gear, diaper bags or discarded beer containers. All said, heroes have emerged from the margins of almost invisible help. Let us mention those heroes who value and cherish nature.

Thanks to the country’s unique geography and commitment to to the environment, small but good hearted Costa Rica has produced 95% of its electricity from hydro, geothermal, solar and wind over the past four years. If every country managed the same global warming would be halted in its tracks.

Greatest admiration must go to the people of Ethiopia who in November 2019 planted 350 million trees in one day. This act is a great benefit to mankind by supporting nature. It will help combat deforestation and climate change.

There is some more good news for nature from the USA. On November 19 th 2019, California, the sixth-largest oil-producing state, announced a clear pathway to dissipate California’s oil and gas production. Stephen Kretzmann of Oil Change International, a U.S. non-profit research organization focused on the costs of fossil fuels rejoiced:  “That’s what real climate leadership looks like.”

Gov. Gavin Newsom, has stopped approval of new hydraulic fracturing for oil and gas in the state pending reviews by an independent panel of scientists. This was a forward step on the march of ridding the state of  dependence on fossil fuels and focus on clean energy sources.

To sum up we can all do our part by recycling waste, boycotting environmentally unsound products like palm oil that help cause forest destruction. However, Governments have the largest sweeping  powers to help change the plight of nature and help mankind. Importantly we should lobby governments, write to newspapers and make our feelings known online.

A recent report says of the 27 fossil fuel-producing countries, the top nine account for over two-thirds of global fossil-fuel CO2 emissions. The U.S. currently produces more oil and gas than any other country and is the second-largest producer of coal.

Oil and natural gas production will increase to 30 percent above current levels by 2030 predicts the Energy Information Administration (EIA). The U.S. has started the process of withdrawing from the Paris accord.

Jobs should be transferred to greener energies and lobbying governments against fossil fuels must continue if we are to be able to walk hand in hand with Mother Nature and be able to look her in the eyes without guilt and regret once more.

Speech on Books
Essay on Save the Trees
To Top