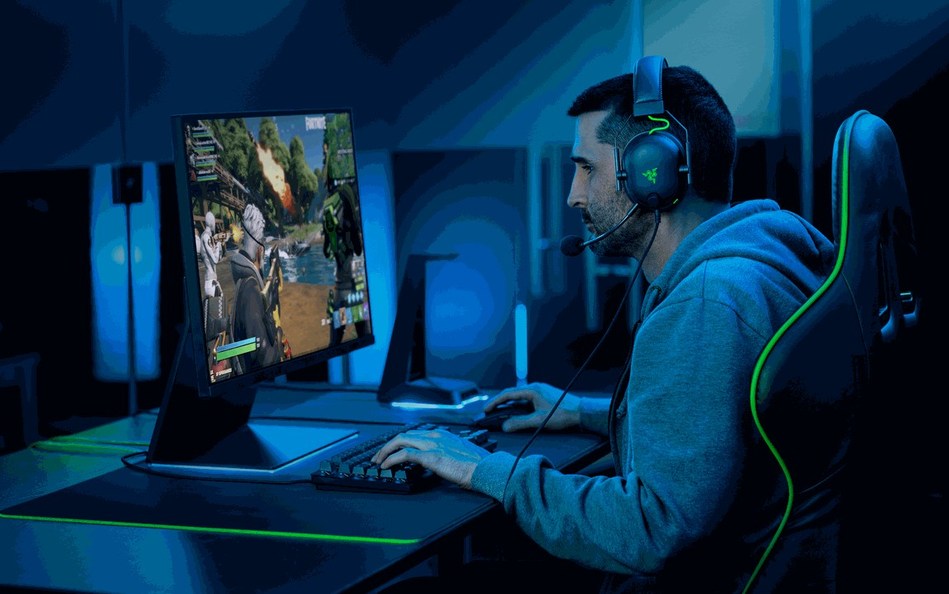 The digital age allows people to admire various mediums of art such as films, music, and many more but the focus this time is on video games. Some games differ in the stories they deliver, in unique gameplay mechanics, and some in the art style and design, bestowing the players with an outstanding visual experience. Today developers experiment with the visual design in video gaming more often, so we have more various art styles rather than just photorealistic high-quality graphics. Eneba store recommends five games for those who appreciate a distinct in-game design of the characters and the world. Each game’s visual design adds another dimension to the gaming experience, painting a visually breathtaking world where you embark on your quests, so let’s see how these titles stand out.

If you’re seeking a game that radiates silent beauty, Sword & Sworcery created by Superbrothers and Capybara Games is the game that offers a different take on the video game design. The game does not offer outstanding or realistic graphics, instead, you will find a pixelated world of toned-down colours that create a surreal, ethereal feeling as you wander through the game’s realm and immerse yourself in the mesmerizing story.

This 2D side-platformer is mostly known for its distinct art style. The darker colours resemble the feeling of wandering through the forest during a summer twilight when all goes still and there is a sense of peaceful surrealism. It just shows what effect you can reach with just a few colours. In addition, the soundtrack was composed by Jim Guthrie who knows how to create a strong atmosphere with music alone, the music working perfectly in tune with the art style.

Thatgamecompany and Santa Monica Studio developers’ joint effort resulted in a graphically unique indie game. You assume the role of a cloaked figure that sets out on a journey towards a mountain that can be seen in the distance, and on the way, a myriad of breathtaking sceneries are going to dazzle you. The interesting thing is that the art style of the game isn’t brimming with colours and detail – again, the developers chose a smaller colour palette but it made it effective.

The design focuses on the light and conceptual visual outline that reinforces the unusual gameplay mechanic – players are encouraged to follow their emotions rather than participate in combative encounters right away. The fun indie game has become a trademark title that very well depicts the successful development of the hero’s journey with a different take on it. The clear art style is a nice change from the usually cluttered, overly simulating visual experience that can become a little overwhelming after hours of gaming.

3. Shadow of the Colossus

One of the most beautiful action-adventure games was designed by Japan Studio and Team Ico, and although the gaming experience in itself is memorable and worthwhile, the art style of Shadow of the Colossus alone is inspirational. Players also have a chance to enjoy the remastered version, but the original 2005 title is just as appealing to the eye. This game is considered a fine example of art in video gaming due to its minimalist design, unfolding the beauty of the fictional world with small details and a colour palette selected with utmost care.

Although the original game was released in the PlayStation 2 era, the art style has much to offer for the visual gaming experience. The in-game light is omnipresent, seemingly illuminating all the landscapes in a light that is not too bright, in fact, rather warm and pleasant. The buildings, such as temples are of Asian origins and have a gothic atmosphere to them due to how they are depicted, contrasting nicely to the generally shimmering lighting. The graphics of this action game most definitely set a fine example of creating games that visually match the intended atmosphere of the story and the virtual world.

Limbo is a perfect example of how a visual art style can invoke certain emotions. Playdead studio decided to stray from the typically cheerful or light-hearted indie platformers and chose to create a dark game for a change. To achieve their goal, they chose a monochromatic art style of black and white, making full use of grayscale. While the game mechanics don’t offer much action or versatility, the setting and the mood of the story create a spellbinding gaming experience as you embark on a journey saturated with dark themes.

Once you start the game, you wake up in the dark and eerie forest where a giant spider attempts to kill you but you manage to evade it. The game is atmospheric, and due to the muted grey colours and striking black, the whole setting seems to bear heavyweight, creating a disheartening mood. The lines are rather soft though and the tones of grey colours are quite expressive, proving that modern games can look beautiful even in black and white graphics. Limbo doesn’t even shy away from the depiction of dead people although it is done through minimalistic animation, so there is no gore at all. A fine choice for those that want a more serious title with a visually pleasing and unique style.

Another visually appealing video game is Firewatch, created by Campo Santo and Panic. This single-player mystery game is set in the year 1989, Wyoming wilderness. There is not much action going on, but the story is shaped by the choices of the player like in traditional RPG titles. The alluring part of the title in terms of graphics is not the fact that the setting is in the wilderness but the stylized visual style that renders a whole range of bright, warm colours. Stimulating to the eye, the whole title delivers a memorable gaming experience to those that love mystery and exploration.

The art style of wilderness sceneries is reminiscent of American hand-painted posters from the middle of the 20th century. The choice of colours – rich, radiating warmth and inspiring the nostalgia of the eighties – was a successful rendition with the aim to invoke emotions in players as they roam around the American wilderness. Because of that, all the sceneries seem ablaze and lively, whether you are atop the hill gazing at the stretching horizon, wandering in the green forest, or watching the bluish dawn. For those who love a relaxing game with a mysterious narrative and a brilliant colour palette, Firewatch is a splendid choice.