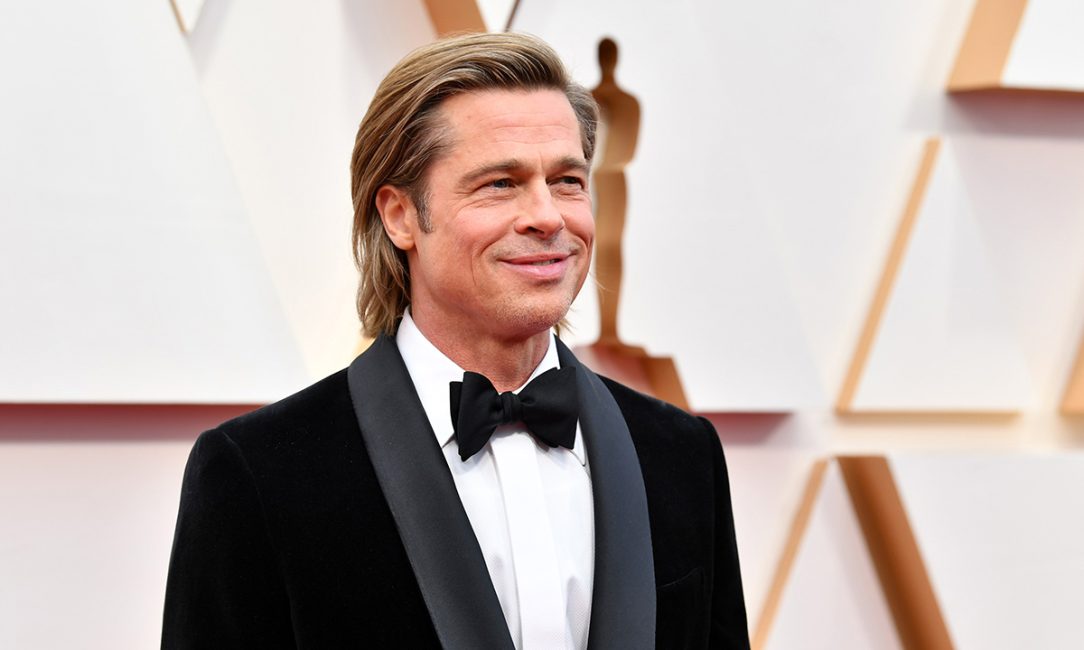 Set in 1969 Los Angeles, the film follows an actor and his stunt double, as they follow a winding course of ups and downs during the changing film industry. The plot features “multiple storylines in a modern fairy tale tribute to the final moments of Hollywood’s golden age.

Movie star, Rick, played by Leo De Caprio spends most of his time drinking and hanging around with Cliff Booth, his easygoing best friend and longtime stunt double. Rick happens to live next door to Roman Polanski and Sharon Tate the filmmaker and budding actress whose futures were forever altered by the Manson Family gang members. Typical of  Tarantino and Pitt’s roles expect the unexpected and this movie doesn’t disappoint:

Leonardo DiCaprio and Brad Pitt deliver the most emotionally vulnerable performances of their careers as soon-to-be has-beens in 1969 Hollywood – Daniel Barnes, Movie Critic.

Brad Pitt stepped on to the Oscars stage, looking every part of a Hollywood icon, dressed from head to toe in classic black that suited his relaxed, cool image – no creases just smooth. GQ Magazine said he appeared like a Hollywood icon:

a pure distillation of the kind of  fantasy elegance embodied by Cary Grant, Paul Newman and Gary Cooper in their respective heydays, wearing a suit made by the original tailor of la dolce vita, Brioni of Rome.

Brad Pitt admitted that like most of us speeches make him nervous so he said he put some real work into it and it has to come from the heart. In the longer part of his speech, he made reference to the recently completed impeachment trial that saw President Donald Trump acquitted. Pitt made reference to the Republican efforts to block witnesses from the trial, including former national security adviser, John Bolton. “They said I have 45 seconds. Which is 45 seconds more than the Senate gave John Bolton this week,” Pitt said. “I’m thinking maybe Quentin[Tarantino does a movie about it. And in the end the adults do the right thing.”

“Wow, thank you. This is incredible, really incredible. Thank you to the Academy for this honor of honors. They told me only have 45 seconds up here, which is 45 seconds more than the Senate gave John Bolton this week.”

“I’m thinking maybe Quentin does a movie about it. In the end, the adults do the right thing. This really is about Quentin Tarantino. You are original. You are one of a kind. The film industry would be a much drier place without you and I love the ethos you gave Cliff Booth. Look for the best in people. Expect the worst, but look for the best. Leo, I’ll ride on your coattails any day, man. The view’s fantastic. And to the rest of the cast and crew, Big Bad Bob Richardson, Robert Garcia, Richie, my man, Mike Mo. Hey, I also want to say, you know why we’re doing all this. I think it’s time we give a little love to our stunt coordinators and our stunt crews.”

“Listen, I’m a bit gobsmacked. I’m not one to look back, but this has made me do so.  And I think of my folks taking me to the drive-in to see Butch and Sundance. And loading up my car and moving out here. And Gina and Ridley giving me my first shot, to all the wonderful people I’ve met along the way to stand here now once upon a time in Hollywood, ain’t that the truth. This is for my kids who color everything I do. I adore you.”

Princess Diana’s Speech on Landmines
How Do You Get a Meet and Greet at a Concert?
To Top