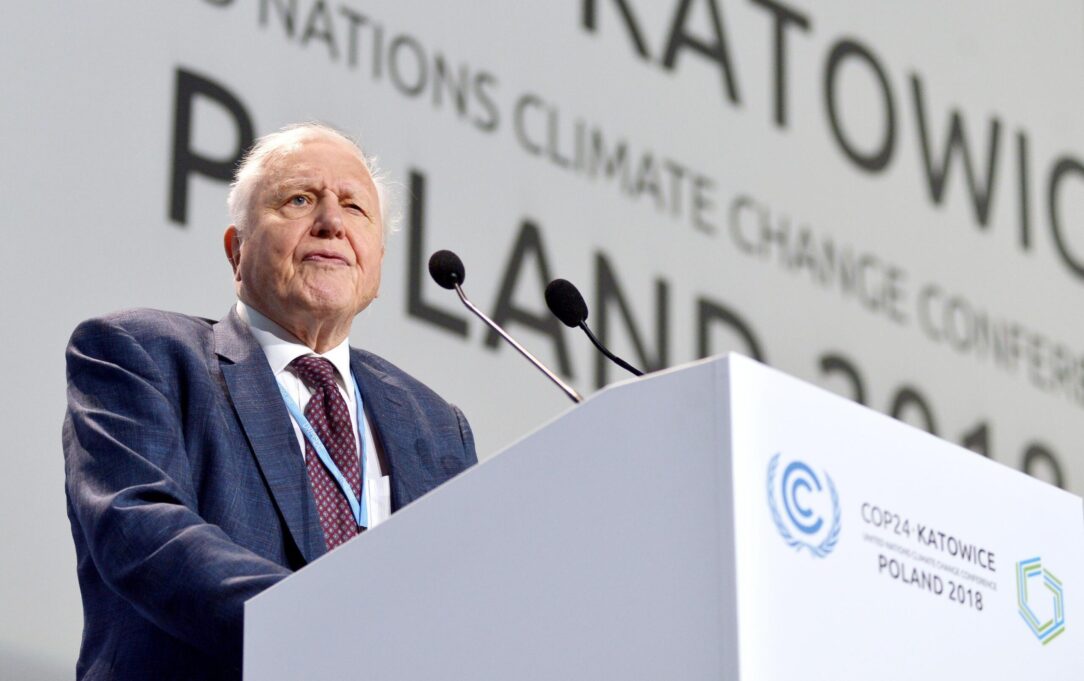 Your excellencies, ladies, and gentlemen.

‘We the peoples of the United Nations’. These are the opening words of the UN Charter. A charter that puts people at the centre. A pledge to give every person in the world a voice in its future. A promise to help protect the weakest and the strongest from war, famine and other man-made disasters.

Right now, we are facing a man-made disaster on a global scale. Our greatest threat in thousands of years. Climate Change. If we don’t take action the collapse of our civilizations and the extinction of much of the natural world is on the horizon.

The United Nations provides a unique platform that can unite the whole world. And as the Paris agreement proved, together we can make real change happen. At this crucial moment, the United Nations has invited the world’s people to have their voice heard, by giving them a seat.

The People’s Seat; giving everyone the opportunity to join us here today, virtually, and speak directly to you the decision-makers. In the last two weeks, the world’s people have taken part in building this address, answering polls, sending video messages, and voicing their opinions. I am only here to represent the ‘Voice of the People’: to deliver our collective thoughts, concerns, ideas, and suggestions.

The world’s people have spoken. Their message is clear. Time is running out. They want you, the decision-makers, to act now. They are behind you, along with civil society represented here today.

Supporting you in making tough decisions but also willing to make sacrifices in their daily lives. To help make change happen, the UN is launching the Act Now bot. Helping people to discover simple everyday actions that they can take because they recognize that they too must play their part. The People have spoken. Leaders of the world, you must lead. The continuation of our civilizations and the natural world upon which we depend is in your hands.

What we need are more political will and more far-sighted leadership. This is the challenge on which this generation’s leaders will be judged. We cannot afford to fail in Katowice.

Thank you, Professor Klaus Schwab, Hilde Schwab, and the World Economic Forum for this generous award and for inviting me to Davos.

I am quite literally from another age.

I was born during the Holocene- the name given to the 12,000-year period of climatic stability that allowed humans to settle, farm, and create civilizations.

Those conditions fostered our unique minds, giving rise to international trade in ideas as well as goods making us the globally-connected species we are today.

Much of what will be discussed here is the consequence of that stability.

Global businesses, international co-operation and the striving for higher ideals are all possible because for millennia, on a global scale, nature has largely been predictable and stable.

The Holocene has ended. The Garden of Eden is no more.

We have changed the world so much that scientists say we are now in a new geological age – The Anthropocene – The Age of Humans.

When you think about it, there is perhaps no more unsettling thought. The only conditions modern humans have ever known are changing and changing fast.

It is tempting and understandable to ignore the evidence and carry on as usual or to be filled with doom and gloom.

But there is also vast potential for what we might do.

We need to move beyond guilt or blame and get on with the practical tasks at hand.

We did not get to this point deliberately – and it has happened astonishingly quickly.

When I made my first television programs most of audiences had never even seen a pangolin – indeed few pangolins had ever seen a TV camera!

When in 1979 I made a series tracing the history of life on earth, I was aware of environmental problems but I didn’t imagine we were fundamentally changing nature.

In 1999, whilst making the Blue Planet series about marine life, we filmed coral-bleaching, but I still didn’t appreciate the magnitude of the damage that had already started.

Now however we have evidence, knowledge and the ability to share it on a scale unimaginable even just a few years ago.

Movements and ideas can spread at astonishing speed.

The audience for that first series, 60 years ago, was restricted to a few million viewers in southern England.

My next series – Our Planet- which is about to be launched, will go instantly to hundreds of millions of people in almost every country on Earth via Netflix.

And the evidence supporting the series will be free to view by everyone with an internet connection via WWF.

If people can truly understand what is at stake, I believe they will give permission to business and governments to get on with the practical solutions.

And as a species, we are expert problem-solvers. But we haven’t yet applied ourselves to this problem with the focus it requires.

We can create a world with clean air and water, unlimited energy, and fish stocks that will sustain us well into the future.

But to do that we need a plan.

Over the next 2 years there will be United Nations decisions on Climate Change, Sustainable Development and a New Deal for Nature. Together these will form our species’ plan for a route through the Anthropocene.

What we do in the next few years will profoundly affect next few thousand years.