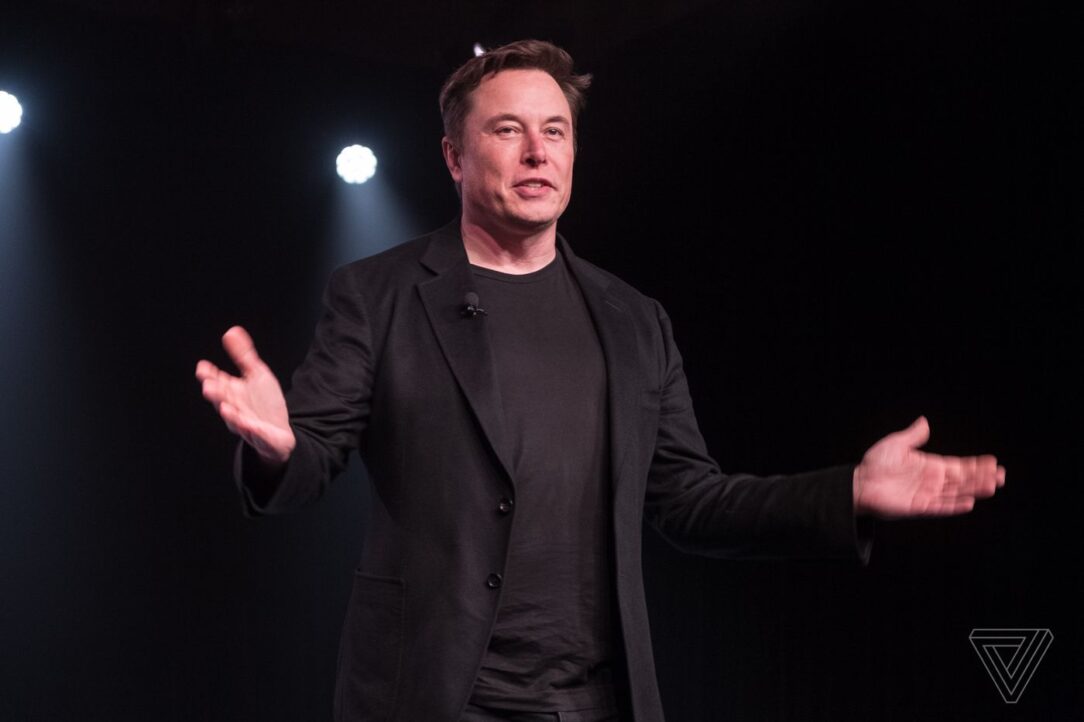 All right. I’d like to thank you for leaving ‘crazy person’ out of the introduction.

So I thought — I was trying to think what’s the most useful thing that I – what I can say that can actually be helpful and useful to you in the future.

And I thought, perhaps tell the story of how I sort of came to be here. How did these things happen? And maybe there are lessons there. I often find myself wondering, how did this happen.

When I was young, I didn’t really know what I was going to do when I got older. People kept asking me. But then eventually, I thought the idea of inventing things would be really cool.

And the reason I thought that was because I read a quote from Arthur C. Clark which said that, “A sufficiently advanced technology is indistinguishable from magic.’ And that’s really true.

If you go back say, 300 years, the things we take for granted today, you’d be burned at stake for. Being able to fly. That’s crazy. Being able to see over long distances, being able to communicate, having effectively with the Internet as a group mind of sorts, and having access to all the world’s information instantly from almost anywhere on the earth. This stuff that really would be magic – that would be considered magic in times past.

In fact, I think it actually goes beyond that, there are many things that we take for granted today that weren’t even imagined in times past, that weren’t even in the realm of magic. So it actually goes beyond that. So I thought, well if I can do some of those things – basically if I can advance technology, then that is like magic and that would be really cool

I always had an existential crisis, because I was trying to figure out ‘what does it all mean?’ Like what’s the purpose of things? And I came to the conclusion that if we can advance the knowledge of the world, if we can do things that expand the scope and scale of consciousness, then we’re better able to ask the right questions and become more enlightened. And that’s the only way forward.

That’s also when the Internet started to happen. And I thought well I could either pursue this technology, where success may not be one of the possible outcomes, which is always tricky, or participate in the Internet and be part of it. So, I decided to drop out.

Fortunately, we’re past graduation, so, I can’t be accused of recommending that to you. And I did some Internet stuff, you know. I’ve done a few things here and there. One of which is PayPal.

Maybe it’s helpful to say, one of the things that were important than in the creation of PayPal was how it started. Because initially – the initial thought with PayPal was to create a conglomeration of financial services, so if you have one place where all of your financial services needs could be seamlessly integrated and works smoothly.

And we had a little feature, which was through e-mail payments. Whenever we’d show the system off to someone, we’d show the hard part, which was the conglomeration of financial services, which is quite difficult to put together. Nobody was interested.

Then we showed people e-mail payments, which was quite easy and everybody was interested. So, I think it’s important to take feedback from your environment. You want to be as closed-loop as possible.

Then we showed people e-mail payments, which was quite easy and everybody was interested. So, I think it’s important to take feedback from your environment. You want to be as closed-loop as possible.

So, we focused on e-mail payments and tried to make that work. And that’s what really got things to take off. But, if we hadn’t responded to what people said, then we probably would not have been successful. So, it’s important to look for things like that and focus on them when you seem them, and you correct your prior assumptions.

So the biggest terrestrial problem we’ve got is sustainable energy. But the production and consumption of energy in a sustainable manner. If we don’t solve that in this century, we’re in deep trouble.

When I started SpaceX, initially, I thought that well, there’s no way one could start a rocket company.

I wasn’t that crazy. But, then, I thought, well, what is a way to increase NASA’s budget? That was actually my initial goal. I thought well if we could do a low-cost mission to Mars, Oasis, which would land with seeds in dehydrated nutrient gel, then hydrate them upon landing. And you’d have this great photo of green plants in a red background.

The public tends to respond to precedence and superlatives. And this would be the first life on Mars and the furthest life had ever traveled as far as we know.

And I thought well that would get people really excited and increase NASA’s budget. So obviously the financial outcome from such a mission would probably be zero. So anything better than that was on the upside.

So, I went to Russia three times to look at buying a refurbished ICBM… because that was the best deal. And I can tell you it was very weird going there in late 2001-2002 going to the Russian rocket forces and saying ‘I’d like to buy two of your biggest rockets, but you can keep the nukes.’ That’s a lot more. That was 10 years ago, I guess.

They thought I was crazy, but I did have money. So, that was okay.