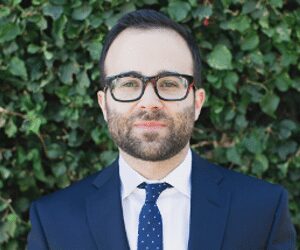 Almost two years after departing entertainment studio Electus for the Head of Original Content role at digital studio Portal A, Evan Bregman has departed the agency world and headed back into the belly of a digital studio, as Rooster Teeth’s Director of Programming. Bregman, who sat at the top of production for Electus’ digital division, oversaw the projects that were funded by YouTube’s Channel Initiative including “Massholes” and Amazon kids’ pilot “Maker Shack Agency.” However, during his time at Portal A, the company produced few original productions. Zero, in fact, have been released; though it did announce a show for Maker Studios at last year’s Newfronts called “Traveling Band” with The Gregory Brothers. “Traveling Band” premiered at Tribeca Film Festival, but does not have confirmed distribution.

Portal A, which has positioned itself as a content studio specilized in video for brands, has most notably been behind YouTube’s annual “Rewind” video that highlights the big moments on the streaming platform. Portal A has also done work for Lenovo, Universal Pictures and Google. But Portal A actually originated as digital programming studio, with “White Collar Brawlers”, that landed on Esquire Network.

According to Portal A’s co-founder Zach Blume, Bregman role was more about re-establishing Portal A in the marketplace as a producer and rebuild the foundation internally for Portal A to be better equipped for producing a slate of originals. “Evan built an incredible foundation at Portal A around the development of original content, and we will be doubling down on our
commitment to this area of our business as we grow.” The company now has multiple projects in development on its slate.

This is where Rooster Teeth also stands to capitalize on Bregman’s years of experience working on all sides of the business — branded entertainment, digital and traditional entertainment — as well as scaling a production team. This is the first time Rooster Teeth has hired a Director of Programming. Bregman, who will oversee all programming strategy and operations, will report to Rooster Teeth co-founder and CEO Matt Hullum.

“Rooster Teeth has grown to become a thriving network of shows and channels appealing to a wide range of audiences. Evan was a strategic hire for us and will be instrumental in achieving audience growth across our apps and roosterteeth.com as well video distribution channels like YouTube and Facebook,” he said.

With over 60 shows in production a week, Rooster Teeth, according to a spokesperson distributes around a thousand hours of content a month. Earlier this year, the company debuted its first feature film, “Lazer Team.” Across their platforms and channels, which include their own O&O, YouTube and Facebook, Rooster Teeth has accumulated an audience of over 26 million subscribers (on YouTube).

“Matt and Burnie have built a very special creative enterprise with a deep roster of talent across all the divisions (Game Play, Animation, Live Action, News),” said Bregman. “Rooster Teeth’s programming is non-linear, multi-platform, and each show is one piece of a massive whole. The challenge is to make sure each platform and each show successfully serves its purpose, telling the broader Rooster Teeth story across every platform, and I’m excited to be a part of the team that makes that happen.”

According to Bregman, the video strategy, under his direction, will continue to build on its existing slate of short, long and live programming. And as many digital companies do, Rooster Teeth will be both distributor and production company. Bregman tells VideoInk that “premium non-scripted formats that will get [Rooster Teeth’s] audience excited and can involve [its] growing roster of in-house on-camera talent” are all fair game, adding that there are plans to debut bigger scripted projects as well as “high-concept dramas and comedies.”