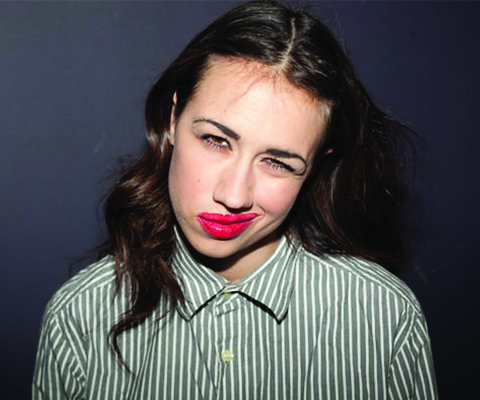 Ballenger-Evans revealed the news via “pregnancy announcement” videos on her YouTube channels, one in-character as Miranda on Miranda Sings (5.78M subscribers, 828.8M views) and another as herself on PsychoSoprano (3.58M subscribers, 504M views).

Known for her parody music videos and comedy sketches, Ballinger-Evans tours with a Miranda Sings live show. She also made a guest appearance in-character on Jerry Seinfeld’s Crackle interview series “Comedians in Cars Getting Coffee” in Nov. 2014.

Netflix ordered eight episodes of the series, which takes its title (“Haters Back Off!”) from Sings’ signature phrase. It will explore the oddball family life of Miranda Sings, an incredibly confident, totally untalented star on the rise who continues to fail upward by the power of her belief that she was born famous – it’s just that no one knows it yet.

“Haters Back Off!” was developed for television by Ballinger-Evans and her brother Chris Ballinger and showrunners Perry Rein and Gigi McCreery, all four of whom are also serving as executive producers alongside Jeff Kwatinetz and Josh Barry of The Firm. It is being produced by Brightlight Pictures Inc. for Netflix.