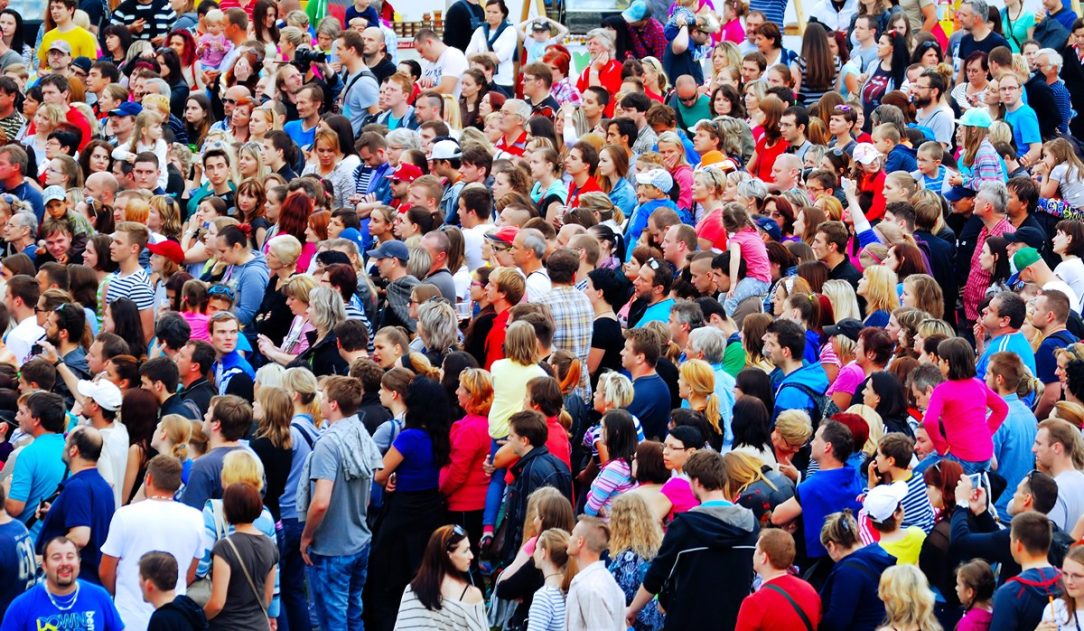 The Cambridge dictionary defines ‘overpopulation’ as

the fact of a country or city, etc. having too many people for the amount of food, materials, and space available there

The population of the world is growing at a million and a half a week, a quarter of a million a day, ten thousand an hour. About 5o years ago there were 3 billion humans on earth. Today there are almost 7 billion humans. They all need space to live to go to school, to work and for infrastructures like air fields and hospitals. Where do they find space? The answer is they take it from the natural world. Animals and plants must give way.

The story does not end at human’s localized space. Spaces are needed to feed humans, to grow their corn and vegetables, their wheat. The animals that are bread to feed humans also need space.

The impact of the rapid growth of human populations on the natural world does not only apply to space. Continued industrialization has changed the chemical consistency of the atmosphere. CO2 is at highest level for over 450 000 years. Emissions from mankind’s activities are heating up the planet at an ever quickening pace. While the world’s fish stocks are under strain. Oceans are increasingly polluted and acidified. Extinctions of many animals could become common as humankind encroaches on their habitat.

Thomas Robert Malthus was one of the first academics to warn of the consequences of overpopulation. Writing in 1798, he said, “There cannot be more people on this earth than can be fed.”

Kenneth Boulding, President Kennedy’s environmental advisor stated,” Anyone who believes in indefinite growth in anything physical on a physically finite planet ie either mad or an economist.”

In the UK, Ben McCarthy, head of nature conservation  and restoration ecology at the National Trust recently, recently underpinned the serious issues shrinking habitats will have on British wildlife:

“This brings home the importance of doing all we can to ensure that we protect our remaining habitats and ensure they are in good condition to support our threatened species,” said Mr McCarthy.

“By improving the condition of our remaining habitats and increasing patch size it is easier for species to move across landscapes in response to our changing environments. It also means that when they arrive in their new location there is habitat to support them.

“If our wildlife doesn’t have anywhere to move to as temperatures rise and the weather changes, over the coming years we will inevitably see more and more species at risk of becoming extinct.”

With the world’s human population poised to hit 7 billion on Oct. 31, the Center for Biological Diversity today released a list of the top ten animals and plants in the United States facing extinction from lack of habitat caused by overpopulation.

If we look into the future, mankind faces a grave pathway if overpopulation is not checked. Populations are growing at over eighty million a year and feeding them will be hard. Conflicts could arise over land and food where many people could die. Alternatively, humankind can regulate itself. Contraception is key to checking population growth and in the near future there may well need to be laws in place to keep human numbers down.

The chances of populating another planet en masse in the next hundred years remains a far off dream so looking after this Earth for future generations should become a key policy of world governments. Education and action is needed. Population policies should be a priority for all countries, all ministers and all political parties. Population issues should not be ignored and are still solvable if action is taken soon. If the problems are ignored there will be a time when there will no longer be a comfortable solution.