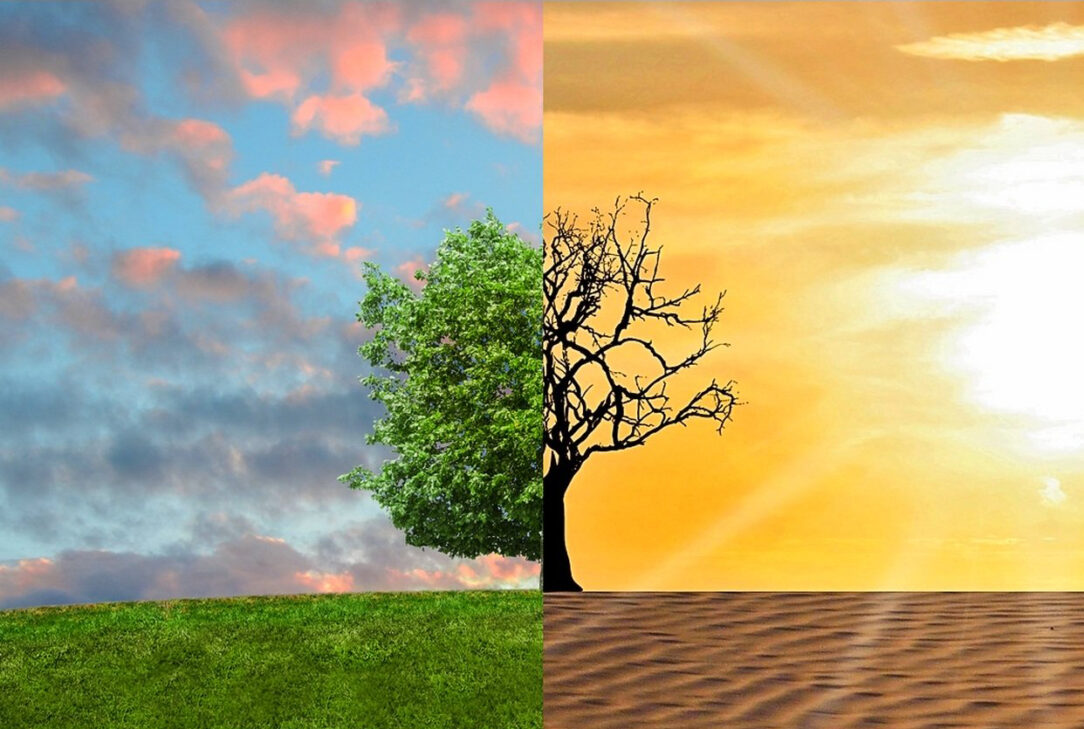 In a new report published in September 2018, the world’s leading climate scientists made their strongest warning so far stating humankind’s current actions are not enough to meet the target of 1.5C of warming set out in the Paris Accord. More urgent action is required. There are personal measures we can take to help. Importantly, there are vital steps governments can take to help stop climate change.

“Limiting warming to 1.5° C is possible within the laws of chemistry and physics, but doing so would require unprecedented changes,” said Jim Skea, cochair of the Intergovernmental Panel on Climate Change (IPCC) Working Group III.

All around the world we are seeing climate change affecting nations in different ways and the grim prognosis is shocking if nothing is done.

The odds are long but not impossible, says the IPCC report for the UN. The benefits of limiting climate change to 1.5°  C are enormous, with the report detailing the difference in the consequences between a 1.5° C  increase and a 2° C increase. The UN stated that Africa could suffer immensely if nothing is done. ‘Every bit of additional warming adds greater risks for Africa in the form of greater droughts, more heatwaves and more potential crop failures,’ said the report for the UN.

In Russia events have already triggered concerns about climate change. Smoke from massive wildfires raging across an area the size of Belgium engulfed hundreds of villages in Siberia and spread as far as Seattle and Vancouver. Floods in the same region cost 25  lives and displaced more than 30,000 people while whole towns are in peril as they lie on melting permafrost. Russian scientists say climate change was a major factor in both disasters. Mr. Putin said:

“We have to coordinate our efforts. We are prepared for this joint work.”

Meanwhile in the U.S. there is already evidence that hurricanes are affecting more land mass than any time in living memory. Yale Climate Connections claims, ‘it’s reasonable to assume that as humans continue to release planet-warming greenhouse gases, the likelihood of tropical cyclone activity increases.’

With ice caps melting around the globe at unprecedented speed a look into the future has told scientists oceans will rise and flooding will become more common. It does not bare thinking about if land for agriculture and cities become flooded. Let us explore what can be done. Limiting the use of fossil fuels such as natural gas, oil and carbon and replacing them with cleaner and renewable sources of energy is a primary target. On shore and off shore wind farms can be a major source of clean energy. The Gansu Wind Farm in China is the largest wind farm in the world,  with a target capacity of 20,000 MW by 2020. This is a start in the country’s alternative to its mass consumption of coal. In the UK he world’s largest offshore wind farm is complete. It can power 1 million homes for the next 30 years. The wind farm covers a larger area than the Maldives and is located further out to sea than any other wind farm. Up to now it has 174 seven-megawatt wind turbines, with towers that are each nearly 100 meters high. The large project demonstrates a good way to combat climate warming at scale.

Getting rid of HFCs which are chemicals used in fridges and air conditioning has been a key policy to reduce emissions. That’s because they are up to 9,000 more warming for the atmosphere than CO2. Former President Obama asked 170 countries to start an initiative phasing out HFCs in 2019. The good news is they agreed.  New fridges will likely be greener. In a switchover that will be largely invisible to consumers, more fridges and air conditioners are entering the U.S. market that will do less harm to the planet. National  Geographic  says in the US, ‘The Environmental Protection Agency approved five less-polluting chemicals or refrigerants.’

“We can turn the challenge of climate change into an opportunity to innovate our way to a better future,”
EPA Administrator Gina McCarthy said in announcing the
final rule, which applies to fridges, freezers, window AC units and vending machines.

A burning issue where consumers and governments can work hand in hand is car use. According to the BBC, in industrialised countries such as The European Union, getting rid of your car can reduce 2.5 tonnes of CO2 about one-fourth of the average yearly emissions (9.2 tonnes) contributed by each person in developed countries of the Organisation for Economic Co-operation and Development (OECD). Governments can create legislation making it easier for people to use cleaner powered cars and offering tax incentives to help make them more affordable.

Solar energy is becoming cheaper and more adaptaptable to charge our homes and cars. As our dependence upon renewable energy becomes more apparent, the desire for efficient solar cells becomes more crucial, especially as they are one of the easiest and cheapest ways to generate cleaner energy.  The cost of utility-scale solar panels has fallen 73% since 2010, for example, making solar energy the cheapest source of electricity for many households in Africa, Latin America and Asia.  The positive news is they’re improving. The creation of new substances like graphene can help solar cells become cheaper and more efficient. Recent advances in graphene based solar cells already have seen the reflectance of solar rays reduced by 20%. This provides a potential efficiency increase up to 20% and cells are coming down in price. There may be a time shortly when we can see graphene solar cells on items like phones and watches.

For some of you it may surprise you that cutting down on eating cattle products like beef steaks and consuming fewer dairy products can greatly help the environment. After fossil fuels, the food industry and especially the meat and dairy sector is one of the largest contributors to climate change. According to a BBC report:

If cattle were their own nation, they would be the world’s third largest emitter of greenhouse gases, after China and the US.

If can cut back on eating beef consuming dairy products and by reducing our consumption of animal protein by half, we can cut our diet’s carbon footprint, ‘by more than 40%’.   The reasons stem from a few reasons. Farmers feed them with other potential sources of food, like soy or maize, which is a very inefficient process. They require plenty of land, fertilizers, and water. Incredibly cows burping from processing food releases tons of methane, which is a greenhouse gas.

All said when we take personal action and governments take widespread action humankind can slow if not stop climate change. It will take a change of attitudes, effective communication, and a large effort to mobilize us all. The battle for stopping climate change will take strong leadership and determined populations.

A trillion trees are certainly ambitious but The World Economic Forum during 2020, held in Davos, announced the creation of the One Trillion Tree Initiative platform made for governments, businesses, and civil society to provide support to the UN Decade on Ecosystem Restoration (2020-2030), led by UNEP and FAO. Of great relief, Forum participant Donald Trump, president of the United States, made an announcement that the government of the U.S. will be committing to the initiative. To help this great cause we can donate to Onetreeplanted.org. The organization pools the donations for ea

Note from the author: I am the author of the African animal fantasy novel, The Zambezi Allies. All profits of the book are going to the World Wild Life Fund. Please buy it and support conservation.