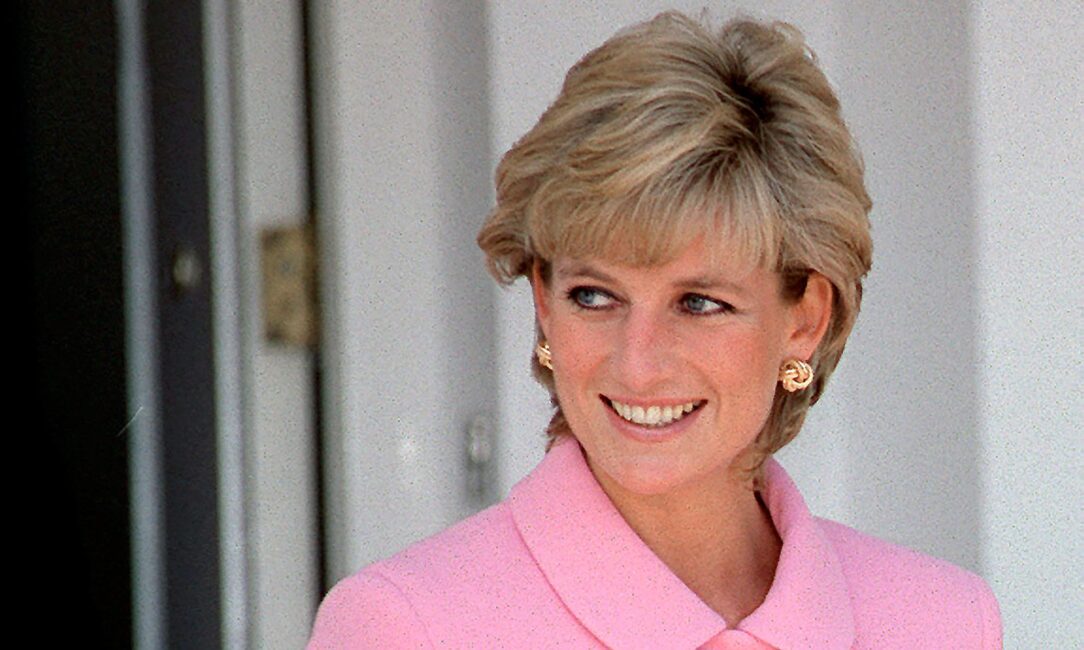 The images of Princess Diana wearing protective clothing and equipment and meeting children who’d survived landmine injuries raised the profile of the work being carried out to clear landmines globally. Princess Dina’s sad death in August 1997 came only a few months before the United Nations Mine Ban Treaty.

The following is an excerpt from a speech she made in London in 1997 addressing the Landmine Survivors Network and Mines Advisory Group.

I must begin by saying how warmly I welcome this conference on landmines convened by the Mines Advisory Group and the Landmines Survivors’ Network. It is so welcome because the world is too little aware of the waste of life, limb, and land which anti-personnel landmines are causing among some of the poorest people on earth. Indeed, until my journey to Angola early this year – on which I am going to speak this morning – I was largely unaware of it too.

For the mine is a stealthy killer. Long after a conflict is ended, its innocent victims die or are wounded singly, in countries of which we hear little. Their lonely fate is never reported. The world, with its many other preoccupations, remains largely unmoved by a death roll of something like 800 people every month – many of them women and children. Those who are not killed outright – and they number another 1,200 a month – suffer terrible injuries and are handicapped for life. I was in Angola in January with the British Red Cross – a country where there are 15 million landmines in a population, Ladies and Gentlemen, of 10 million – with the desire of drawing world attention to this vital, but hitherto largely neglected issue.

Some people chose to interpret my visit as a political statement. But it was not. I am not a political figure. As I said at the time, and I’d like to re-iterate now, my interests are humanitarian. That is why I felt drawn to this human tragedy. This is why I wanted to play down my part in working towards a worldwide ban on these weapons. During my days in Angola, I saw at first hand three aspects of this scourge. In the hospitals of Luanda, the capital, and Huambo, scene of bitter fighting not long ago, I visited some of the mine victims who had survived, and saw their injuries. I am not going to describe them, because in my experience it turns too many people away from the subject. Suffice to say, that when you look at the mangled bodies, some of them children, caught by these mines, you marvel at their survival. What is so cruel about these injuries, is that they are almost invariably suffered, where medical resources are scarce.

I observed for myself some of the obstacles to improving medical care in most of these hospitals. Often there is a chronic shortage of medicine, of pain killers, even of anaesthetics. Surgeons constantly engaged in amputating shattered limbs, never have all the facilities we would expect to see here. So the human pain that has to be borne is often beyond imagining. This emergency medical care, moreover, is only the first step back to a sort of life. For those whose living in the land, loss of an arm or leg, is an overwhelming handicap which lasts for life. I saw the fine work being done by the Red Cross and other agencies to replace lost limbs. But making prostheses is costly as well as a complicated business. For example; a young child will need several different fittings as it grows older. Sometimes, the severity of the injury makes the fitting of an artificial limb impossible. There are never enough resources to replace all the limbs that are lost.

As the Red Cross has expressed it: “Each victim who survives, will incur lifetime expenses for surgery and prosthetic care totaling between 2,000 and 3,000.”

That is an intolerable load for a handicapped person in a poor country. That is something to which the world should urgently turn its conscience.

In Angola, one in every 334 members of the population is an amputee! Angola has the highest rate of amputees in the world. How can countries which manufacture and trade in these weapons square their conscience with such human devastation?

My third main experience was to see what has been done, slowly and perilously, to get these mines out of the earth. In the Kuito and Huambo region I spent a morning with small team from Halo Trust, which is training Angolans to work on the pervasive minefields and supervising their work. I speak of “our team” because men of the Mines Advisory group – or, in this instance, the Halo Trust – who volunteer for this hazardous work are usually former members of our own Services. I take this opportunity to pay my tribute to the work these men do on our behalf – the perils they encounter are not just confined to mines. Two members of the Mines Advisory Group team in Cambodia, Chris Howes and Houn Horth, were kidnaped by the Khmer Rouge a year ago and their fate is uncertain. We can only pray for their safe return.

Much ingenuity has gone into making some of these mines. Many are designed to trap an unwary de-miner. Whenever such tricky mines appear, the de-miner will call in one of the supervising team, who will then take over. That is what keeps their lives perpetually at risk. It might be less hazardous, I reflected, after my visit to Angola, if some of the technical skills used in making mines had been applied to better methods of removing them. Many of these mines are relatively cheap – they can be bought for 5 apiece, or less. Tracing them, lifting them, and disposing of them, costs far more – sometimes as much as a hundred times more.

Angola, is full of refugees returning after a long war. They present another aspect of this tragedy. The refugee turns towards home, often ignorant of conditions in his homeland. He knows of mines, but homeward bound, eagerness to complete the journey gets the better of him. Or he finds mines on what was once his land, and attempts to clear them. There were many examples of that in Angola. These mines inflict most of their casualties on people who are trying to meet the elementary needs of life. They strike the wife, or the grandmother, gathering firewood for cooking – They ambush the child sent to collect water for the family

I was impressed to see the work being done by many of the world’s agencies on “Mine Awareness”.” If children can be taught at school, if adults can be helped to learn what to do, and what not to do in regions that have been mined, then lives can be saved and injuries reduced.

There are said to be around 110 million mines lurking somewhere in the world – and over a third of them are to be found in Africa! Angola is probably more heavily mined than anywhere else, because the war went on for such a long time, and it invaded so much of the country. So that country is going to be infested with mines, and will suffer many more victims. And this brings me to one of the main conclusions I reached after this experience.

Even if the world decided tomorrow to ban these weapons, this terrible legacy of mines already in the earth would continue to plague the poor nations of the Globe. “The evil that men do, lives after them ”

And so, it seems to me, there rests a certain obligation upon the rest of us

One of my objectives in visiting Angola was to forward the cause of those, like the Red Cross, striving in the name of humanity to secure an international ban on these weapons. Since them, we are glad to see, some real progress has been made. There are signs of a change of heart – at least in some parts of the world. For that we should be cautiously grateful. If an international ban on mines can be secured it means, looking far ahead, that the world may be a safer place for this generation’s grandchildren.

But for this generation in much of the developing world, there will be no relief, no relaxation The toll of deaths and injuries caused by mines already there, will continue.

This tracing and lifting of mines, as I saw in Angola, is a desperately slow business. So in my mind a central question remains. Should we not do more to quicken the de-miners’ work, to help the injured back to some sort of life, to further our own contribution to aid and development?

The country is enriched by the work done by its overseas agencies and non-governmental organizations who work to help people in Africa and Asia to improve the quality of their lives. Yet mines cast a constant shadow over so much of this work. Resettlement of refugees is made more hazardous. Good land is put out of bounds. Recovery from war is delayed. Aid workers themselves are put at risk. I would like to see more done for those living in this “no man’s land” which lies between the wrongs of yesterday and the urgent needs of today.

I think we owe it. I also think it would be of benefit to us, as well as to them. The more expeditiously we can end this plague on earth caused by the landmine, the more readily can we set about the constructive tasks to which so many give their hand in the cause of humanity.

Speech on Religion
Speech on Independence Day of India
To Top