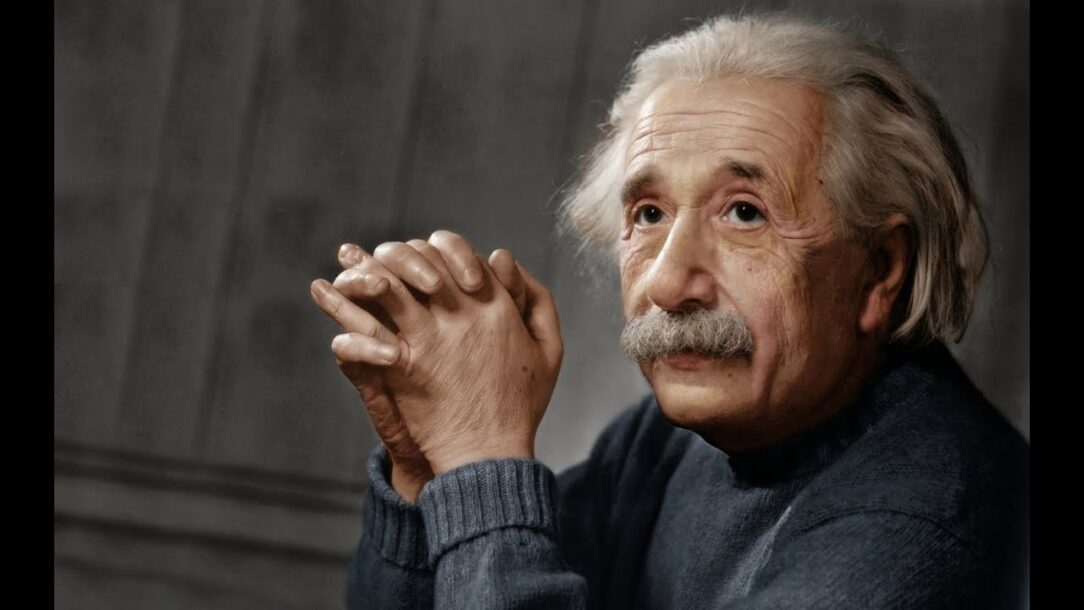 The following is an excerpt from a speech by Albert Einstein at the 5 the Nobel Prize Dinner, made on 10 th of December, Hotel Astor, New York, 1945. He addressed the audience about the desperate plight of Jews after the Holocaust of the 2nd World War.

Speech by Albert Einstein (Above Auschwitz Concentration Camp where millions of Jews were killed.)

The great powers, united in fighting, are now divided over the peace settlements.

The world was promised freedom from fear, but in fact, fear has increased tremendously since the termination of the war.

The world was promised freedom from want, but large parts of the world are faced with starvation while others are living in abundance.

The nations were promised liberation and justice but we have witnessed, and are witnessing even now, the sad spectacle of liberating armies firing into populations who want their independence and social equality and supporting in those countries, by force of arms, such parties and personalities as appear to be most suited to serve vested interests.

Territorial questions and arguments of power, obsolete though they are, still prevail over the essential demands of common welfare and justice.

Allow me to be more specific about just one case, which is but a symptom of the general situation: the case of my own people, the Jewish people.  As long as Nazi violence was unleashed only, or mainly, against the Jews, the rest of the world looked on passively; and even treaties and agreements were made with the patently criminal government of the Third Reich. Later, when Hitler was on the point of taking over Romania and Hungary, at the time when Maidanek and Oswiecim were in Allied hands, and the methods of the gas chambers were well known all over the world, all attempts to rescue the Romanian and Hungarian Jews came to naught because the doors of Palestine were closed to Jewish immigrants and no country could be found that would admit those forsaken people.  They were left to perish like their brothers and sisters in the occupied countries.

We shall never forget the heroic efforts of the small countries, of the Scandinavian, the Dutch, the Swiss nations, and of individuals in the occupied parts of Europe who did all in their power to protect Jewish lives.  We do not forget the human[e] attitude of the Soviet Union who was the only one among the big powers to open her doors to hundreds of thousands of Jews when the Nazi armies were advancing in Poland.

But after all that had happened, and was not prevented from happening — how is it today?

While in Europe territories are being distributed without any qualms about the wishes of the people concerned, the remainders of European Jewry, one-fifth of its prewar population, are again denied access to their haven in Palestine and left to hunger and cold and persisting hostility.  There is no country, even today, that would be willing or able to offer them a place where they could live in peace and security.  And the fact that many of them are still kept in degrading conditions of concentration camps by the Allies gives sufficient evidence of the shamefulness and hopelessness of the situation.

These people are forbidden to enter Palestine with reference to the principle of democracy, but actually the Western powers, in upholding the ban of the White Paper, are yielding to the threats and the external pressure of five vast and the underpopulated Arab States.  It is a sheer irony when the British Foreign Minister tells a poor lot of European Jews they should remain in Europe because their genius is needed there, and, on the other hand, advises them not to try to get at the head of the queue lest they might incur new hatred — hatred and persecution.  Well, I am afraid they cannot help it; with their six million dead they have been pushed at the head of the queue, of the queue of Nazi victims, most against their will.

The picture of our postwar world is not bright.  As far as we, the physicists, are concerned we are no politicians and it has never been our wish to meddle in politics.  But we know a few things that the politicians do not know.  And we feel the duty to speak up and to remind those responsible that: there is no escape into easy comforts; there is no distance ahead for proceeding little by little and delaying the necessary changes into an indefinite future; there is no time left for petty bargaining.

The situation calls for a courageous effort, for a radical change in our whole attitude in the entire political concept.  May the spirit that prompted Alfred Nobel to create this great institution — the spirit of trust and confidence, of generosity and brotherhood among men, prevail in the minds of those upon whose decisions our destiny rests. Otherwise, human civilization will be doomed.

Speech on St Patrick’s Day
Why is the Bald Eagle America’s National Symbol?
To Top