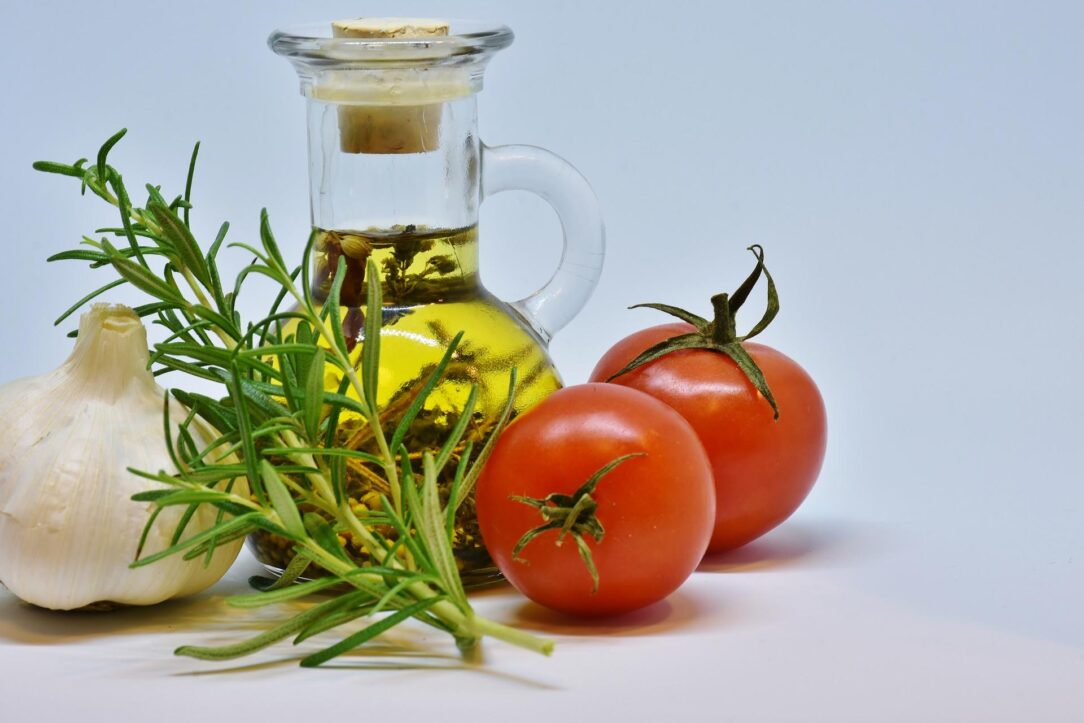 Richard Wrangham, author of Catching Fire: How Cooking Made Us Human, argues that the discovery of cooking would have been a huge developmental leap for mankind reaching back a million years, improving our nutrition and boosting our energy in order to help our brains grow bigger, not to mention provide us with more variety in taste.

The direct proof was first found when traces of ash were found in the Wonderwerk cave in South Africa. This suggests that hominins were controlling fire at least 1 million years ago, the time of our direct ancestor Homo erectus. Burnt bone fragments also found at this site suggest that Homo erectus was cooking meat. However, the oldest remains of obvious hearths are just 400,000 years old. 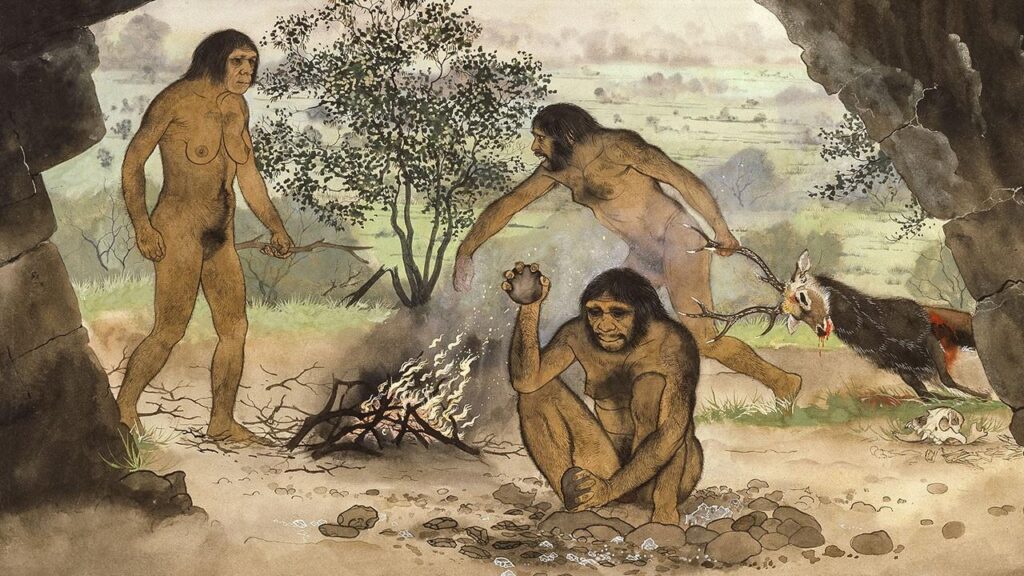 The Neanderthals who evolved from Homo erectus some 250,000 years ago, the Paleolithic era, created fires, as hearths have been found at many Neanderthal sites, some containing burnt bones. We also know from analyzing their dental plaque that Neanderthals spiced up their diets with herbs. But we don’t know whether they habitually cooked their food.

The earliest firm evidence that our own species was cooking dates back just 20,000 years when the first pots were made in China. The burn marks and black marks on their outer surfaces point to their use as cooking pots..

To understand why we cook, imagine eating the same diet as a chimpanzee. To hoover up enough calories to fuel your energy-hungry brain, you would have to spend all of your daylight hours to searching for food. Chimps forage more or less continuously; gorillas and orangutans eat for nine hours a day. 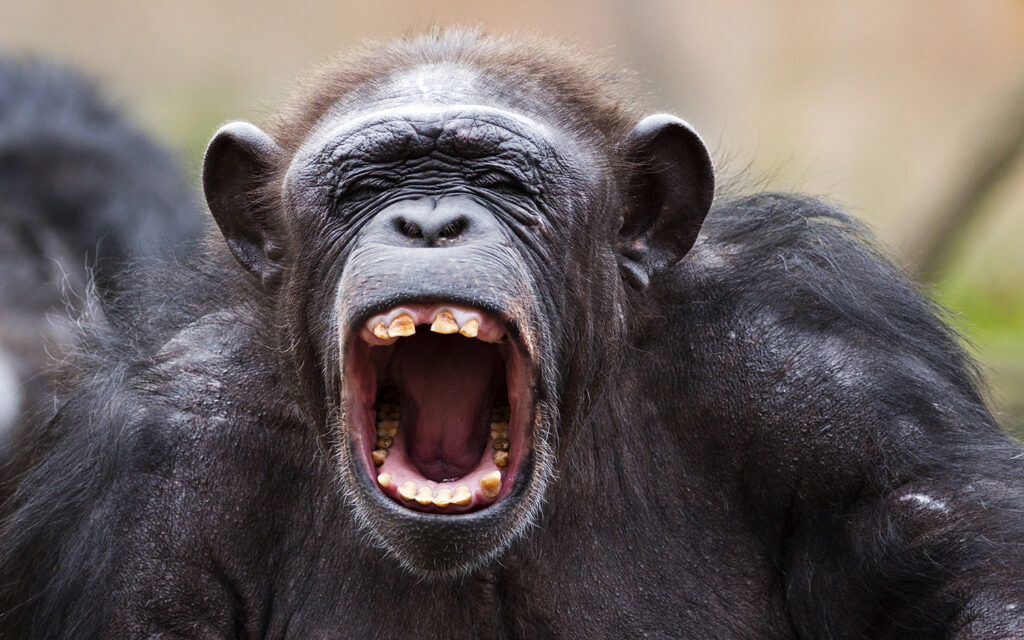 Indeed, our brains are more than twice as big, and our intestines are far too small to retain low-quality raw food long enough to digest it properly. In fact, our guts are just 60 percent of the weight expected if we were a great ape of similar stature.

Our small teeth and jaws tell a similar story. They are too small for the task of grinding down large quantities of tough raw food. Compared with earlier hominins such as Homo habilis, modern humans, Neanderthals and Homo erectus all have small teeth relative to their body size. To Wrangham, these morphological features are adaptations to cooking that arose around 1.9 million years ago.

It was as recent as 150 years ago that the gas range was invented but, prior to that, households would have had fireplaces in their kitchen and would probably have had to keep the fire burning or risk going without. 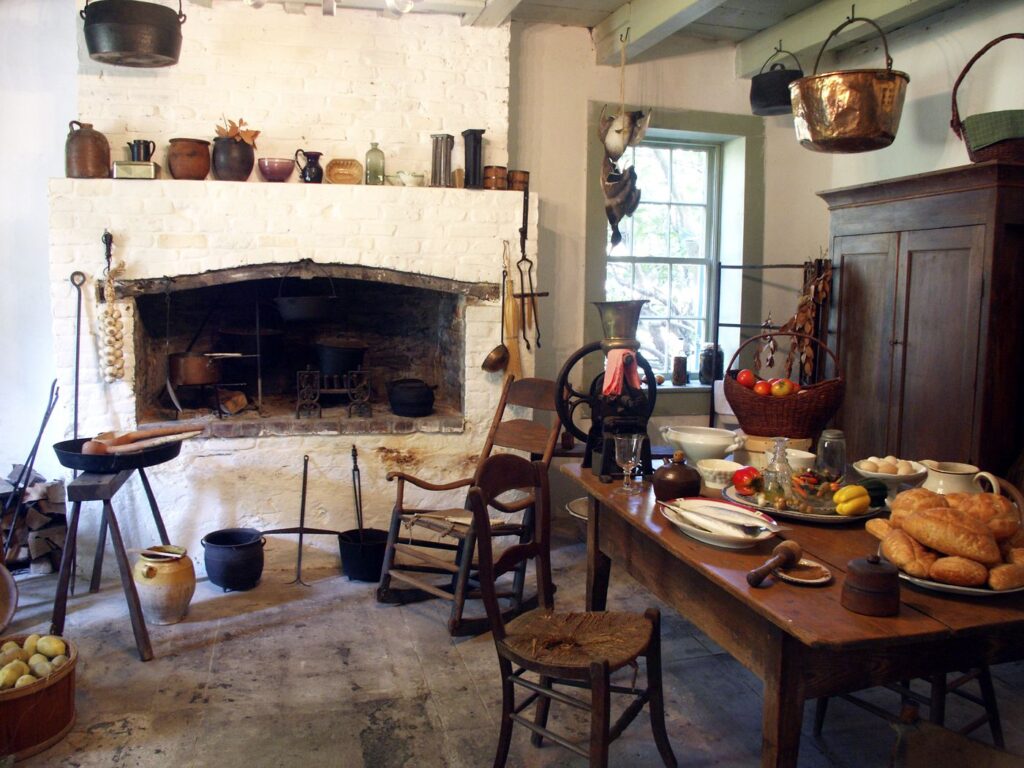 About the same time but just after the electric cooker was born, on September 20, 1859, Canadian George B. Simpson was awarded US patent #25532 for an ‘electro-heater’ surface heated by a platinum-wire coil powered by batteries. In his words, useful to “warm rooms, boil water, cook victuals…”.

Today we see ovens that can actually clean themselves through pyrolytic and catalytic cleaning, induction hobs and microwaves. Meanwhile an estimated 3 billion people cook over open fires.