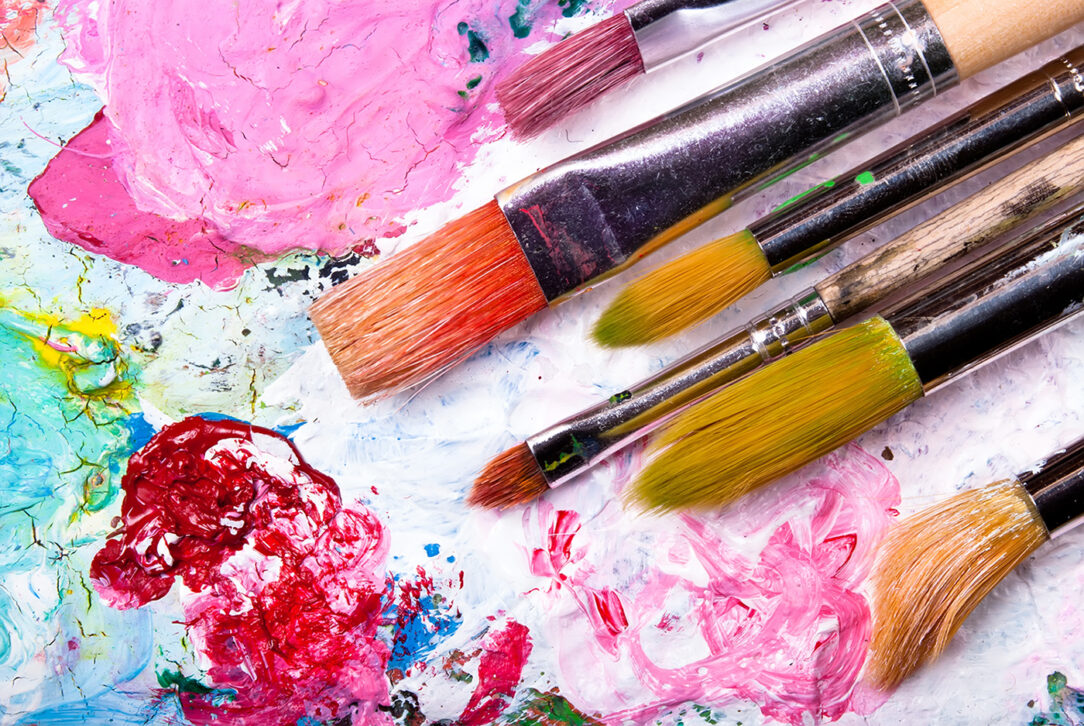 When it comes to our evolution, an appreciation of art is part of humankind’s development. The oldest discovered animal cave painting is of a bull, staggeringly dated at over 40 000 years, at Lubang Jeriji Saléh cave, East Kalimantan, Borneo, Indonesia. The oldest example of discovered figurative art is on the Indonesian Island of Sulawesi of a pig deer which was once common in Indonesia.

A good definition of ‘Art’ can be found in Dictionary.com,

Art definition, the quality, production, expression, or realm, according to aesthetic principles, of what is beautiful, appealing, or of more than ordinary significance.

We don’t happen to be the only species that seems to have developed creative skills and the ability to appreciate art.  According to National Geographic, many species of birds decorate their nests to attract a mate and even after they’ve found a mate:

Kites already have partners when they build nests. Still, the ornamentation on kite nests suggests “that there’s something they want to show off,” says Sergio, who works for the Spanish National Research Council.

However, humankind has a higher plain of thinking when it comes to art. The ability to make tools and produce detailed art helped us to survive in harsh conditions and conquer new lands by sharing ideas. It also opened the possibility of imaginary realms, spirit worlds, and a range of intellectual and emotional connections. Art allowed people to make visual representations of things that they could remember and imagine. As techniques become more sophisticated it opened the door to scientific concepts such as Leonardo Da Vinci’s flying machine which he designed in 1505.

Art has been around in various formats, be it ochre paintings on ancient cave walls to bronze sculptures, and it has certainly inspired many to try and imitate art. In fact, a high proportion of extant classical sculptures found in Rome are but imitations of the Greek originals, which have been long lost. In fact, were it not for these imitations we would have no versions available today.

The Nefertiti Bust is a painted stucco-coated limestone bust of Nefertiti, the Great Royal Wife of Egyptian Pharaoh Akhenaten. The work is believed to have been created in 1345 B.C.

The fact is that as humans we are capable of creating some of the most fantastic pieces of art; it is hard to believe that a brain that can come up with something as destructive as a design for a gun is equally capable of creating artistic masterpieces. So the next time you are at a museum, you may want to appreciate the art around you and ponder about art’s beauty.

Like great artists from different parts of the world, We strive to do better and create more beautiful art pieces. Though sometimes we doubt our skills and we go back to the basics. In easydrawingguides.com, you get to start with the basics and improve your drawing skills.

Speech on Culture
Speech on Saving Water
To Top