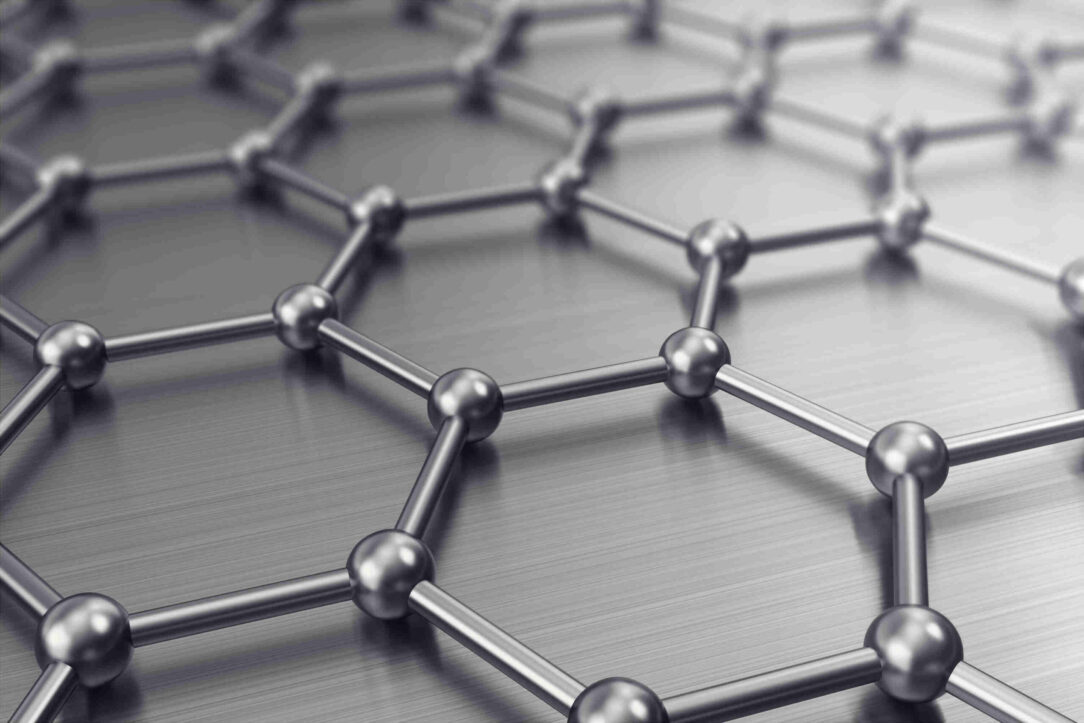 The following speech covers the wonderful benefits of revolutionary, new material, graphene. Graphene is a super-strong thin material and a great conductor. The new material will offer great advances  in many fields.

“ graphene is is an allotrope of carbon in the form of a single layer of atoms in a two-dimensional hexagonal lattice in which one atom forms each vertex. It is the basic structural element of other allotropes, including graphite, charcoal, carbon nanotubes and fullerenes. Graphene has a special set of properties which set it apart from other allotropes of carbon.”

” In proportion to its thickness, it is about 100 times stronger than the strongest steel”

Imagine a material harder than diamond yet impressively, with flexibility so it can be stretched up to 20% of its volume. The substance is revolutionary. The revolutionary material is able to retain its initial size after strain. 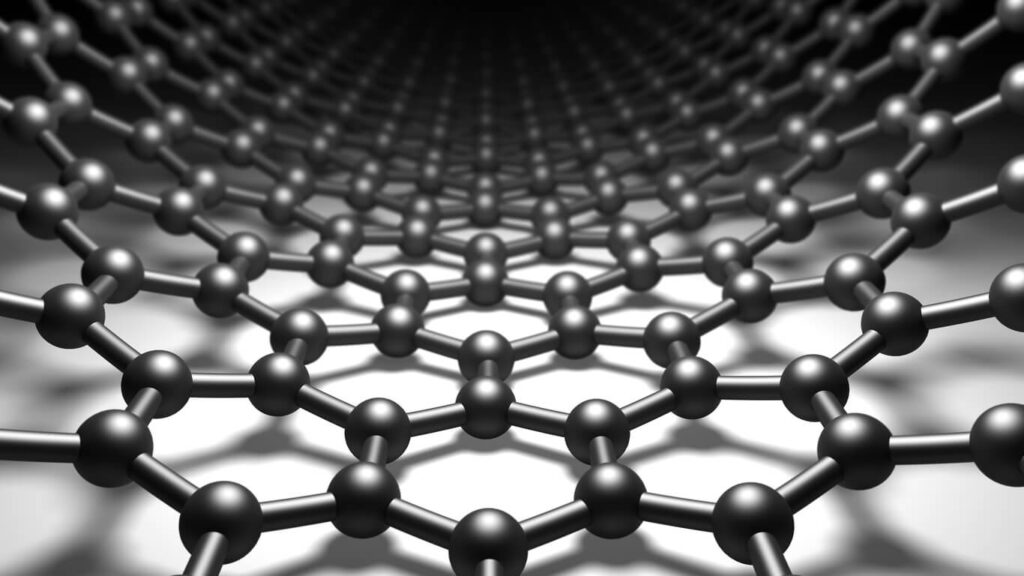 Be prepared for the next technical description: In 2007, Atomic force microscopic (AFM) tests were carried out on graphene sheets that were suspended over silicone dioxide cavities. These tests showed that graphene sheets (with thicknesses of between 2 and 8 Nm) had spring constants in the region of 1-5 N/m and Young’s modulus (different to that of three-dimensional graphite) of 0.5 TPa.  Again, these superlative figures are based on theoretical prospects using graphene that is unflawed containing no imperfections and currently very expensive and difficult to artificially reproduce. However, production techniques are gradually improving, with the goal of reducing complexity and costs.

My speech gets easier to grasp from her on. I promise. Graphene is so revolutionary, the two inventors, from Manchester University, were awarded the Nobel prize.

The benefits are not lost on the world’s most advanced aviation and auto companies. CEO, of Virgin Galactic space planes, Sir Richard Branson spoke of graphene in glowing terms when talking of future innovation. He said:

“The material provides so much fascinating potential to improve the world around us. It is super-light, immensely strong, transparent and flexible, and more conductive than copper. As it is only one atom thick it provides all these properties in just one material, and by adding it to existing materials we can start to see marked improvements in performance.” He added: “By incorporating the atomically-thin material into existing materials used to build planes, the safety and performance properties could be significantly improved”

Graphene has already been tried out in a new style of carbon fiber bicycle frame, reducing its weight by around 50% to approximately 600 grams. In addition to being very resistant and lightweight, graphene also provides rigidity and flexibility in a combination. Industry experts believe that graphene will be the cyclist material of the future. Currently, the bicycle manufacturer Dassi, has been the first to market a graphene bike called the Dassi Interceptor.

The material is already being added in hockey sticks composites, tennis rackets and other sporting equipment.

It’s strength is just part of the great selection of properties of graphene. It’s also the world’s thinnest material, flexible, transparent, and able to conduct heat and electricity far more efficiently than any other substance on Earth. Due to these unique qualities, it is expected to be responsible for innovation across a vast range of industries, including electronics, medicine, sensors, energy generation, batteries, and conductors. 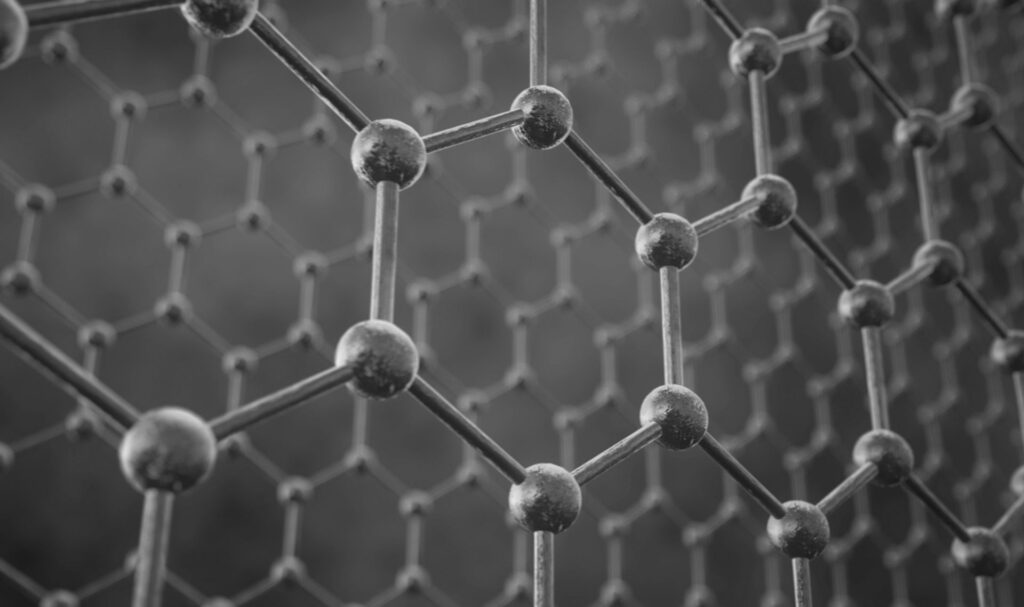 Other future uses will be lightweight, thin, and flexible electric/photonics circuits, solar cells, and chemical and industrial and medical processes.

The cost of producing large quantities of graphene is already coming down. A team in Hong Kong and  South Korea have pioneered the synthesis of large-scale graphene films using chemical vapor deposition (CVD) on a thin nickel layer.

With states investing large amounts of money at further development of graphene, there is a good chance this revolutionary substance will help humankind progress in many technological areas. The European Union has given a €1 billion grant to be used for research into potential graphene applications.

Advances have already been made in the way drugs are delivered to patients. Researchers at Monash University discovered that a sheet of graphene oxide can be turned into liquid crystal droplets spontaneously (acting like a polymer) easily by placing the material in a solution and manipulating the pH.  The development of a  graphene ‘flying carpet’  to deliver two anticancer drugs sequentially to lung tumor cells in a mouse model was proven to work.

Amazingly, graphene even has the power to be used to extract hydrogen gas out of the atmosphere that could power electric generators with ambient air.

To sum up graphene could well soon be changing all our lives for the better. Improving cleaner power for the masses, creating stronger lighter and safer structures. Medicine is likely to be advanced in many areas. The future looks stronger with the graphene part of it.