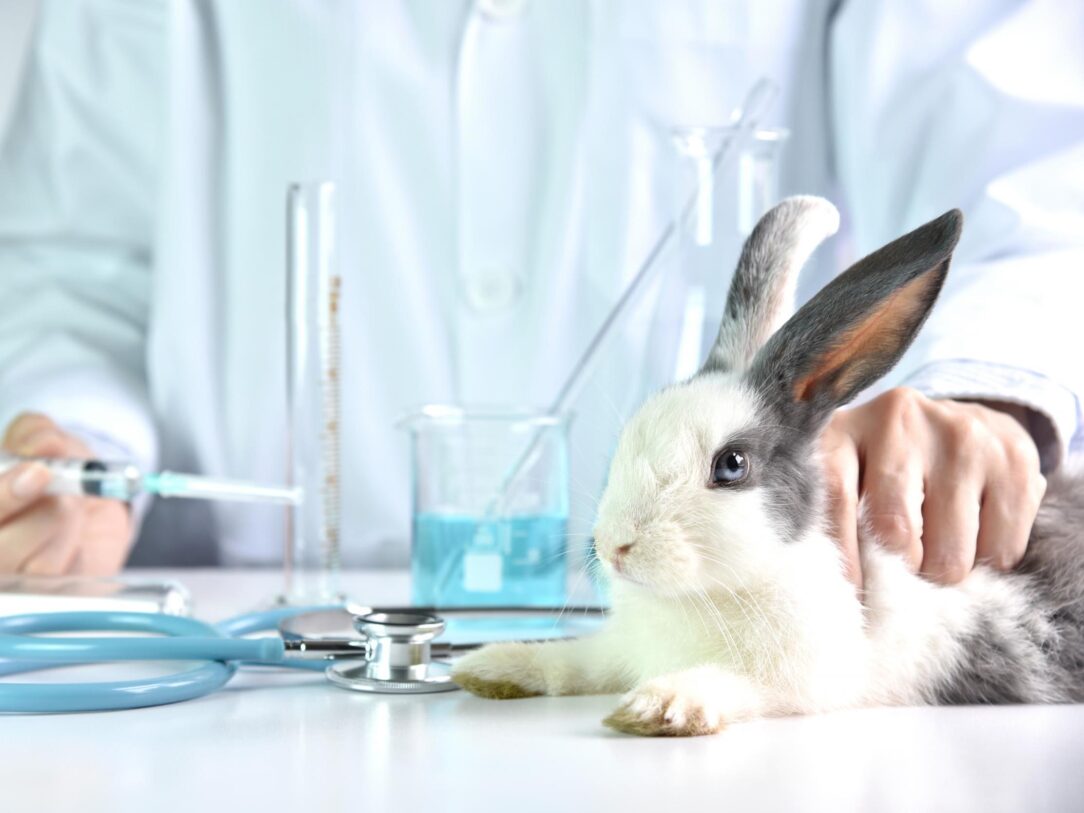 Please note the subject of animal testing is a controversial topic. The following views do not necessarily represent the views of FindaSpeech.com.

One cannot imagine being a defenseless little animal whose sole purpose of existence was to get cut open, injected, electrocuted and ultimately die. The UK holds a record of testing on 3.8 million animals which is around 1 animal every 8 seconds. Thus, animal testing can be defined as using non-human animals for research, development or scientific projects.

People however believe that animal testing is very necessary for our progress in science but on the bright side, most people do not agree with this. They believe that animal testing is cruel, outdated and barbaric. One of the biggest disadvantage is the animals are often forces to swallow or inhale gases which maybe poisonous or toxic. The disadvantages also include harming, confinement and infliction of pain. Moreover, animals are used instead of humans, which prove that the experiment might not yield any fruitful result and thus leading to meaningless or useless suffering of those poor and defenseless animals.

Animal testing might be risky as animals have different set of genes, metabolism and proteins. These experiments might help improve science but it hinders medical development. For example, studies have shown that there is a strong relation between cancer and tobacco. This received support from a lot of scientists as they strongly supported this relationship. However, during animal testing, tobacco failed to produce any type of cancer cells in the test subject or the animals. This is one of the many reasons why the dangers of smoking cigarettes were dismissed for so many years. Some medicines may be harmful to animals but are good for us. For example, aspirin is said to be fatal for certain animals but they work for us.

Animal rights advocates argue that animal testing is not only cruel and unnecessary but also finds similarity with racism or sexism. These advocates believe that not only humans but also these animals deserve respect and should not suffer for reasons that are morally and ethically wrong. All suffering is undesirable, whether it be in humans or animals. Discriminating against animals because they do not have the ability to speak is nothing but discrimination.

Activists, however oppose these methods by saying that human beings do not have the right of testing on animals since they lack their consent. In their defense, scientists often say that animals are appropriate research subjects due to their similarity with humans. This is however no excuse. Animal rights activists like PETA have successfully reduced animal testing but they haven’t succeeded in stopping it. There are still millions of animals that are used for scientific experiments every day.

Thus, we can conclude by saying that animal testing should be banned as they cause immense suffering to the subjects. Moreover, the benefits of animal testing haven’t been proven yet and we can derive benefits by any other means. There is no evidence that animal experiments were essential in making major medical advances, and if enough money and resources were devoted to animal-free alternatives, other solutions would be found

Speech on Animal Abuse
To Top