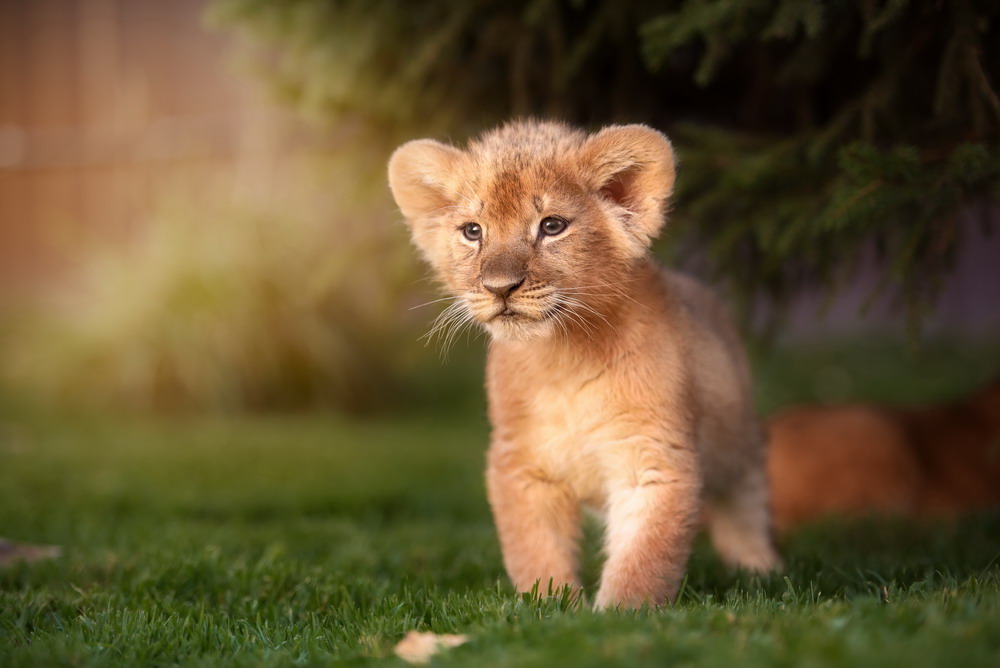 Watching professionals work with exotic and endangered animals can be absolutely fascinating. Whether it is a veterinarian, zookeeper, or biologist, those who work with wild animals for a living have a special kind of courage. They understand that wild animals are still wild, even though some of them are incredibly cute.

Speaking of cute animals, how would you feel about taking a long hike with lions? There are actually places that offer lion-walking tours that have you strolling along with lions, lionesses, and the cutest lion cubs.

Of course, you don’t go lion walking on your own. Tourists travel in groups for safety, and they are always led by at least one experienced guide who knows how to keep his charges safe. 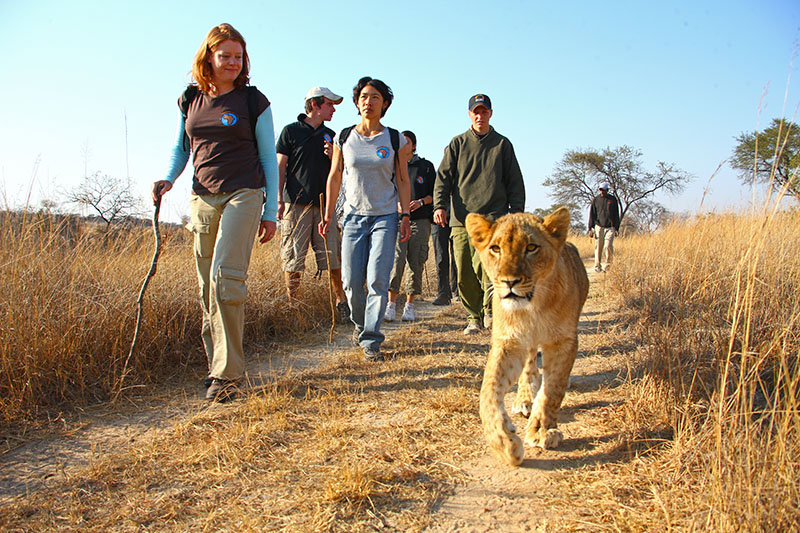 What is the secret to conducting a safe lion walk? According to AnimalsAroundTheGlobe.com, it is knowing how lions behave. Lions may look like cute animals when relaxed and docile, but they are anything but cute when they feel threatened or they are on the hunt. Safety requires knowing how to tell when things are at risk of getting out of hand.

For example, you can find a tour that includes an experienced guide who wears a certain type of clothing and always carries a stick. The guide knows enough to keep the stick between himself and any nearby lion. He also knows enough to never crouch down in front of a lion or run away from one. Both types of actions can trigger a lion’s hunting response.

The tactics utilized by guides to keep lion-walking tour groups safe are the same tactics utilized by zookeepers, veterinarians, researchers, etc. Here is the most important thing to note – lions are not out looking to be aggressive at every opportunity. They are only aggressive when threatened or hungry. So if the professionals can avoid both situations, their risks are relatively low.

We non-professionals can learn a thing or two from the pros. When we engage wild animals in public parks, our neighborhoods, etc., we should treat them as such. That squirrel that seems to enjoy climbing on the screened-in porch is a wild animal, not a potential pet. The same goes for those ducks that hang around by the pond in the park. Feeding them as though they were domesticated isn’t good for their health or well-being. We can look and enjoy, but we should not feed. 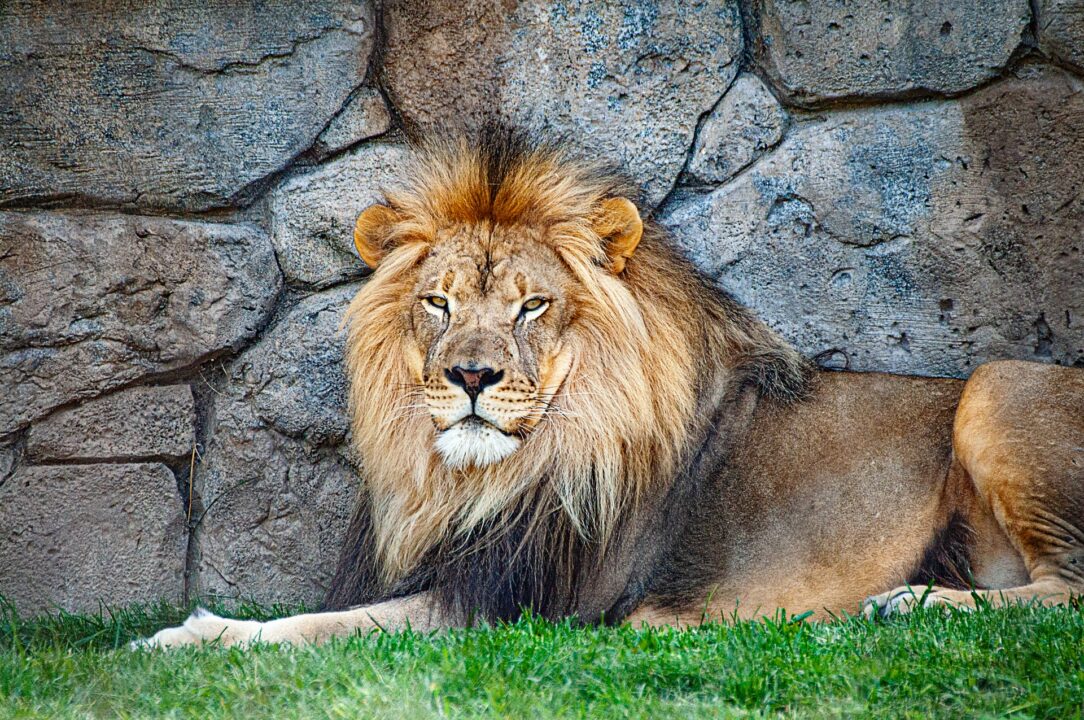 When it comes to interacting with wild and endangered animals, people get into trouble by ignoring the natural behaviors such animals exhibit. A case in point are the many people who have climbed over or stuck their hands through barriers in order to get to big cats. In a zoo setting, a lion’s enclosure is its home. Unfamiliar humans entering that home are considered a threat.

Cause a lion to feel threatened and she will protect herself and her cubs. For some reason, that just doesn’t click with certain people. All they see in the zoo enclosure is a cute animal worthy of being petted. But that animal is no house cat. It is a wild animal that will do whatever is necessary to deal with a perceived threat.

Unfortunately, the same open-air exhibits designed to give people more natural access to zoo animals also encourages them to ignore natural animal behaviors. In the old days, when zoos displayed big cats behind heavy, plate class windows, there was no danger of guests getting inside. So it’s a tradeoff. We now have more natural enclosures that are better for the animals but simultaneously make it easier for guests to cross the line.

The point here is that ignoring natural animal behaviors is not good for either animal or human. Respecting animal behaviors allows them to live as they are naturally meant to live. Meanwhile, it reduces the likelihood of those animal-human conflicts that too often end in negative consequences for the animal.

Treat Them as Wild Animals 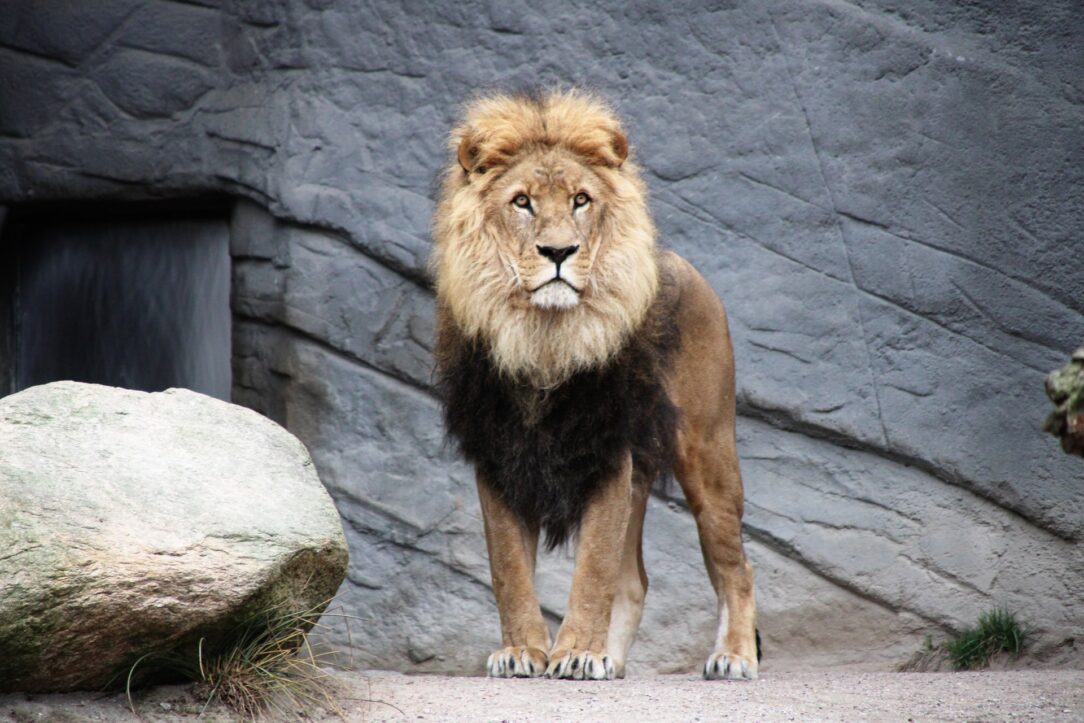 The most important example set by lion walkers and other professional animal handlers is acknowledging that the best way to avoid conflicts with wild animals is to treat them accordingly. In the simplest possible terms, treat wild animals as the wild animals they are. Practice a healthy respect for them in their natural behaviors.

Immediate threats aside, one of the worst things any of us can do is humanize animals. The minute we do that, we begin treating them in unnatural ways. That is detrimental to their well-being on many levels. If you doubt this principal, just step back and observe how people treat their dogs.

Take the Time to Learn 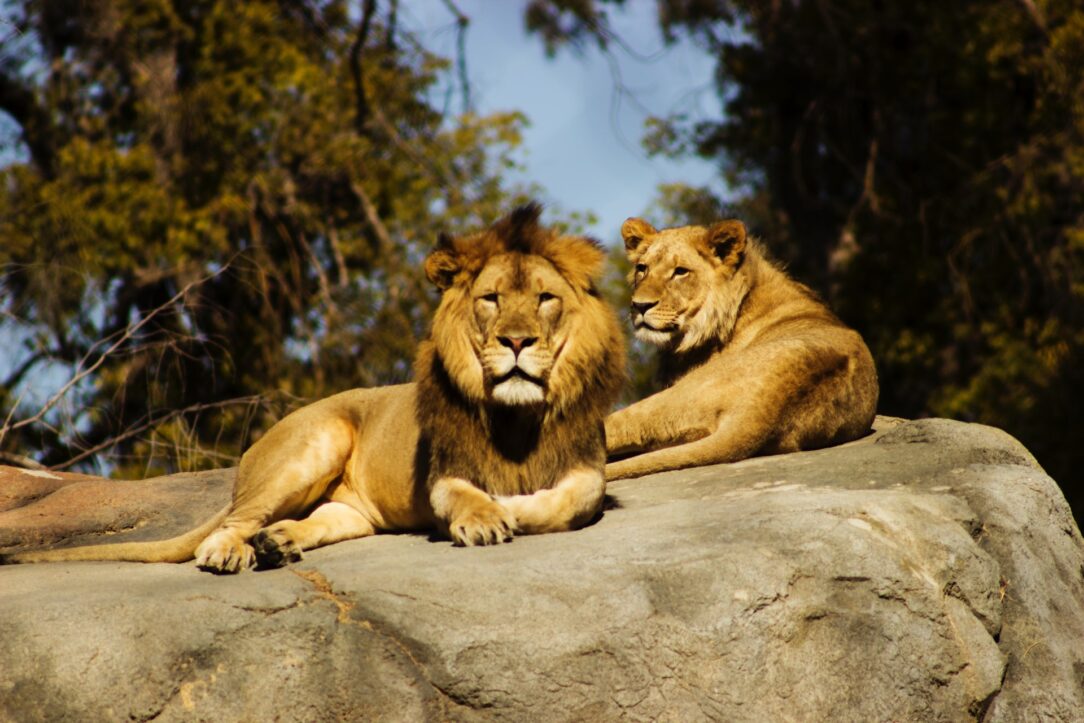 It is fair to say that it can be difficult to respect natural animal behaviors when we don’t know what those behaviors should be. After all, most of us are not animal behavior experts. We do the best we can based on the little bit that we know. That said, a little education goes a long way.

If you have the desire to show wild animals the respect they deserve, take the time to learn about them. Start with the animals you see around your neighborhood. Then branch out to those animals that are native to your general area, then your state and region. The more you learn about wild animals, the more you will understand their behaviors.

Always remember that wild animals are still wild, regardless of how cute they might be. Keep that in mind and both you and the animals you encounter will be just fine. You will respect them and they you.