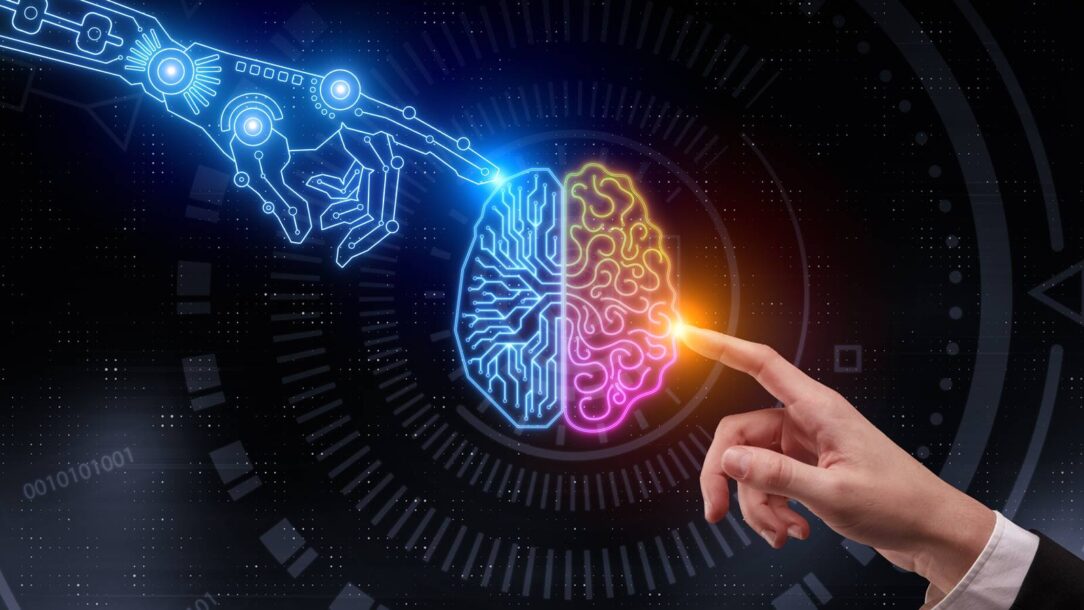 The definition of artificial intelligence according to Google Dictionary is, ‘The theory and development of computer systems able to perform tasks that normally require human intelligence, such as visual perception, speech recognition, decision-making, and translation between languages.’

Before the second world war, robots were mostly fantastical machines of fiction for the many. However, some of humankind, in 1939  was already thinking about artificial intelligence. In 1939 the Elektro robot went on display at the World’s Fair. With broad shoulders of steel, a commanding presence of seven feet tall, he looked like a giant metal warrior. Elektro could play 79 RPM records, move his arms and head. Amazingly his photoelectric “eyes” could distinguish red and green light. Incredibly, for the age, he could also walk by voice command.

With the dark sway of world war, 2 innovators were under pressure to use technology to help win the war and end mass suffering. One such innovator of computer science was British mathematician, Alan Turing. At Cambridge University, Turing explored the mathematical possibility of artificial intelligence. Turing suggested that humans use available information as well as reason in order to solve problems and make decisions, so ‘why can’t machines do the same thing?’

In 1936, while studying for his Ph.D. at Princeton University, the English polymath, Alan Turing published a paper, “On Computable Numbers, with an application to the Entscheidungsproblem,” which became the cornerstone of computer science. Turing presented a theoretical machine that could solve any problem that could be described by simple instructions encoded on a paper tape. One Turing machine could calculate square roots, while another might solve Sudoku puzzles. Turing demonstrated you could construct a single Machine that could simulate any Turing Machine.

Back in Britain Turing designed an electromechanical machine, called the Bombe, that searched through permutations, and by the end of the war, the British were able to read all daily German secret code revealing the position of Naval Enigma traffic. It has been reported that Eisenhower said the contribution of Turing and others at the UK Bletchley buildings saved millions of lives and shortened the 2 nd World War by approximately two years.

Computers remained very expensive and vast in size and until the fifties they had a big weakness: they could not remember information. The invention of the computer chip in the early eighties changed the landscape. With the advent of the new age, entrepreneurs began building ‘homebrew’ computers at home. One of these inventors was Steve Jobs who created the Apple Computer Company(1976–1977) It is now considered one of the Big Five technology companies, along with Microsoft, Amazon, Google, and Facebook.

AI began to creep more and more into our every day lives with Car satellite navigation systems and Google search algorithms which use AI. AI is increasingly becoming more advanced to satisfy consumers. Car manufacturers are developing cars that drive themselves; some U.S. states in 2022 are drafting legislation that will allow autonomous vehicles on the roads. In Europe, the trend continues; cities in France, Italy, Belgium, and the UK are planning to operate transport systems for driverless cars. Germany, Spain and Holland have already allowed testing of robotic cars in traffic.

See also  Are IQ Tests a Valid Measure of Intelligence?

With regards to Tesla CEO Elon Musk announced  during the company’s Autonomy Day they were ready:

All cars being produced all have the hardware necessary — computer and otherwise — for full self-driving.”

While I have covered past AI development which helped end the suffering of the 2 nd World War and AI which have improved our ways of everyday life such as vehicle navigation, the AI path ahead could be littered with trouble.  World conflicts using AI could take warfare responsibility away from humans; in affect allowing robots to pull triggers of deadly weapons. Instead of a man being responsible for killing on the battlefield who would be responsible for a malfunction?

The Russia President, Putin recently underlined his desire of advancing AI to the Russian military.
He said: “Artificial intelligence is the future, not only for Russia, but for all humankind,” he added “It comes with colossal opportunities, but also threats that are difficult to predict. Whoever becomes the leader in this sphere will become the ruler of the world.”

China and the US are thought to be the leaders in military AI with China recently announcing its ambition to become the global leader in AI research by 2030. Artificial intelligence can be used to develop cyber weapons, and control autonomous tools like drone swarms.

The most worrying current concern is AI will be allowed to take control of missile system including nuclear missiles.
The dangers are staggering and horrific to think about. Recently, Elon Musk and 116 other technology
leaders sent a petition to the United Nations calling for new laws on how such AI weapons are developed.

See also  5 Ways AI Voices Can Be Used In eLearning

Hopefully world leaders will see sense and think of the famous speech by Albert Einstein. He famously said he did not know how World War 3 would be fought but he was sure World War 4 would only be fought with sticks and stones.

Physicist, Professor Stephen Hawking raised concerns about the future of AI: In an interview with the BBC he said,

The development of full artificial intelligence could spell the end of the human race….It would take off on its own, and re-design itself at an ever-increasing rate. Humans, who are limited by slow biological evolution, couldn’t compete and would be superseded.

On a positive note Hawking praised the benefits of AI by saying:

There is now a broad consensus that AI research is progressing steadily, and that its impact on society is likely to increase…. Because of the great potential of AI, it is important to research how to reap its benefits while avoiding potential pitfalls.

For all of us today the benefits of artificial intelligence are increasing year by year. We are in exciting times as we can build computers to exceed human intelligence. However in the words of Professor Hawking, “We should all stop for a moment and focus not only on making our AI better and more successful but also on the benefit of humanity”

Speech on Hate
Speech on Jealousy
To Top