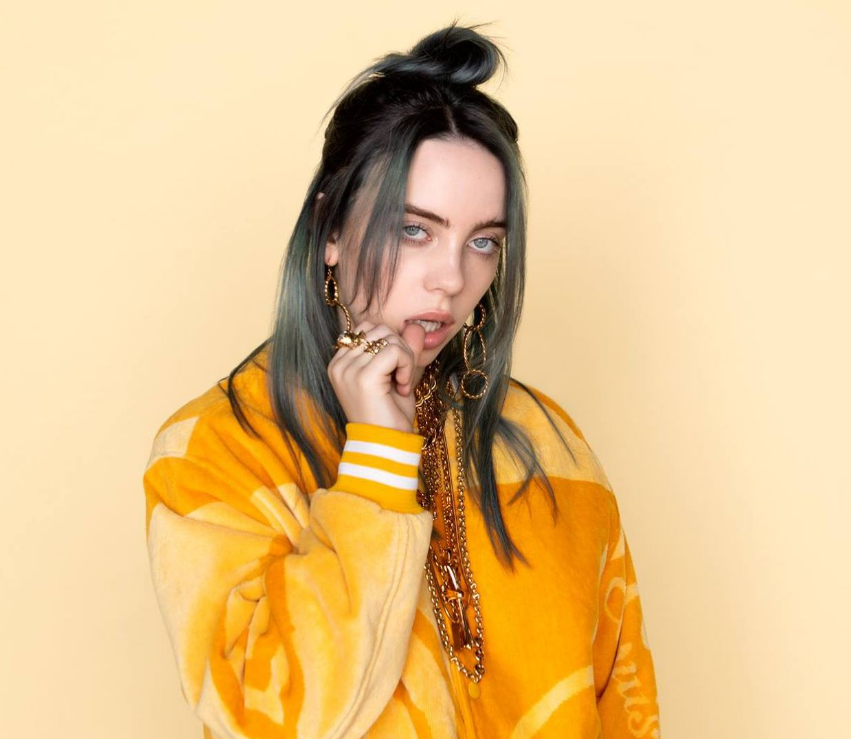 Billie Eilish is an artist that comes from the United States. She first started getting popular in 2016 mostly on SoundCloud but ended up signing a contract with Interscope Records that same year, which skyrocketed her career. But what really made her famous, and pushed her into the mainstream was her 2019 single called “Bad Guy” which was first on the Billboard Hot 100 chart for quite some time.
This year, on January 26, she managed to win all four big categories as far as Grammy Awards go, which entail Best Album, Best Song, Best New Artist and Best Record. That feat has not been accomplished in the last 40 years, which just shows us how incredible she really is. The last person to do that was Christopher Cross in 1981, but Billie is the first woman to have managed to do something like this.

Today Billie is probably one of the highest-paid singers not only in the US but the whole world. When we look at her earnings between this time last year and right now, she has earned around $50 million. Half of that was made thanks to Apple, the company which decided to make a documentary about her life. Honestly, she would have earned much more money had the Coronavirus not appeared, regular folks aren’t the only ones that lost some money this year, since she would have been on her arena tour right now. 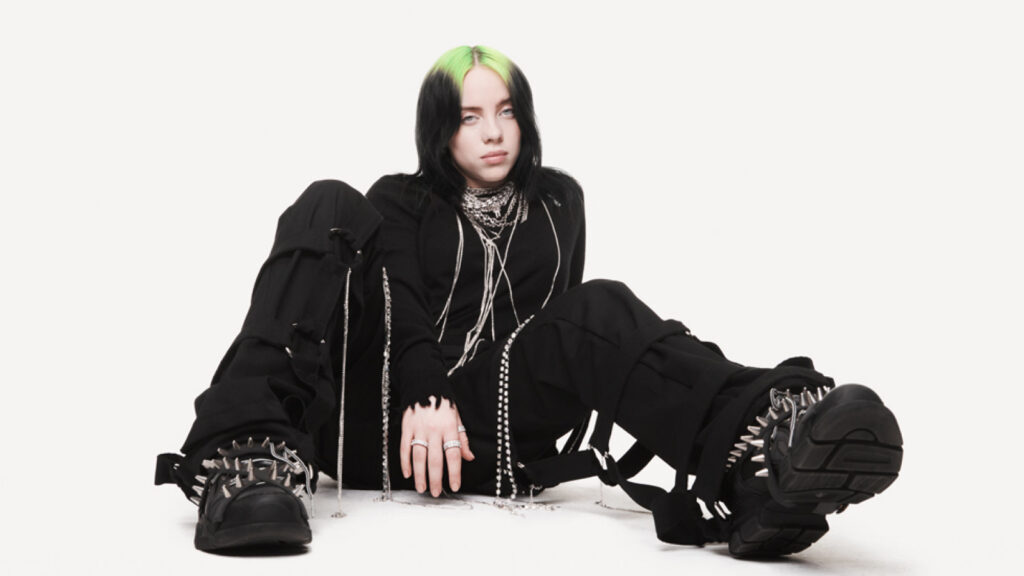 Her full name is Billie Eilish Pirate Baird O’Connell and she was born in Los Angeles, California on December 18, 2001. It’s no wonder really that Billie has been successful since her parents, Maggie and Patrick are both in the entertainment industry, so they have been able to teach her about it since she was little. She was also home-schooled which means that all education came from her parents and she began singing when she was very young, it all contributed to this now. When she was just 8 years old she became a part of the LA Children’s Choir and she wrote her very first song at 11. She also has an older brother who is also a part of the entertainment industry, he is a singer, actor, producer and songwriter.

When she was just 13 years old, she made the song “Ocean Eyes”, which was written by her older brother, Finneas, for his band, but ended up being used by Billie. She managed to choreograph a dance for the song with the help of her dance teacher, to whom she sent the recording of the song, that same dance actually got into the music video for that song. After that, she uploaded the song to SoundCloud and Spotify, and it went on YouTube in March 2016. After being uploaded to Spotify it went absolutely viral, garnering over 170 million streams. In the end it managed to get Platinum certified by the RIAA and got the number 84 spot on the Billboard Hot 100 chart. In the latter part of that year, she recorded her second song called “Six Feet Under”.

In 2017, Billie released her debut extended play called “Don’t Smile at Me”. It managed to reach number 3 on the US Alternative chart and number 7 in Norway and 8 in Sweden, and on the Billboard 200, it got to 24. In that same year, she released another extended play called “Up Next Session: Billie Eilish”. She also released a couple of singles that year, her single called “Lovely” that she made with Khalid managed to reach number 4 in New Zealand and 5 in Australia. Her single “Bellyache” managed to get certified Gold. Another one of her singles called “When The Party’s Over” also managed to be successful in New Zealand and Australia, getting numbers 3 and 10. That same year Billie told everyone that she has Tourette’s Syndrome.

In 2019 she released her debut studio album called “When We All Fall Asleep, Where Do We Go?”. The album was a huge success and managed to get to the number 1 spot in a couple of countries like Canada, the United States, Australia and the UK. Another record she broke is that she is the first singer born in the 21st century that has managed to get a number 1 song on Billboard’s Hot 100 chart, she is the future of young artists all over the world. Another record she broke was that it was the album with the most songs on the Billboard Hot 100 at the same time, the first woman to do it. Even more certifications, it was certified 2X platinum in the US and was Platinum in many other countries.

Billie has also had a lot of side projects, not directly connected to her music. Last year in April she launched a clothing line by collaborating with Japanese artist Takashi Murakami, he was also the director of some of Billie’s music videos. At the same time, she did a couple of commercials for Adobe Creative Cloud and Calvin Klein. Then in July, that same year, she collaborated with another clothing brand called Freak City, and launched a new clothing line with them.

And in August, a venture that ended up making her tons of money, Apple paid her for the rights to make a documentary about her life, she $25 million for that. 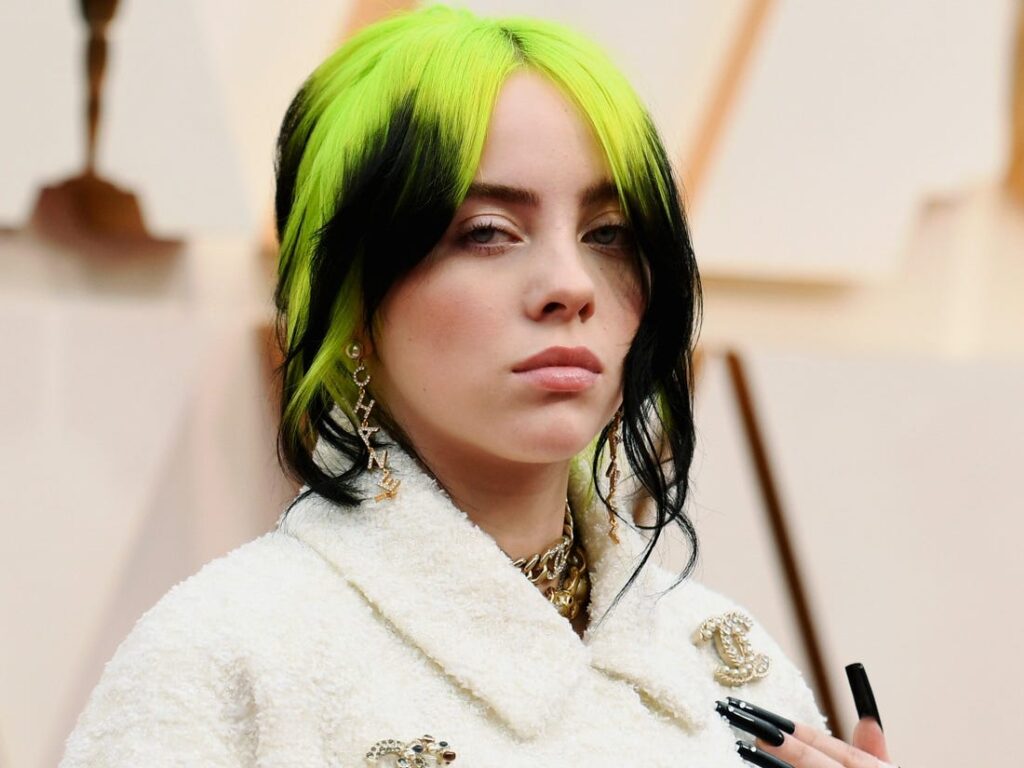 Billie has always been upfront about mental health and how it has affected her career, to be specific she talked about her experience with depression and it is to live with Tourette’s syndrome and synesthesia. She also a big advocate for veganism and vegetarianism. You can see a part of her personal life if you follow her on social media, and there you can see that she has as many as 65 million followers on Instagram and 5 million on Twitter.

Billie’s net worth is thought to be around $25 million, she made most of that money through her singing career and a couple of side projects. The documentary Apple is making about her is also a big contributor to her net worth.