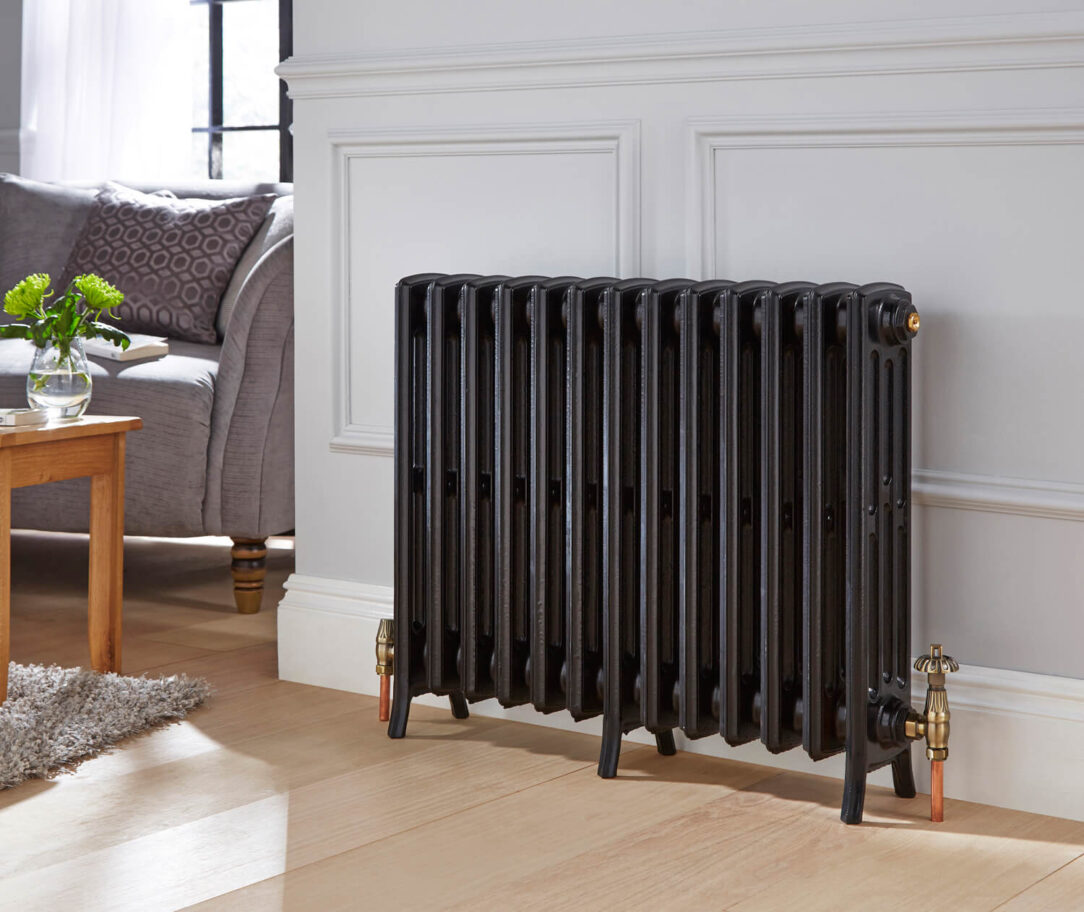 In my opinion, any room with a cast iron radiator automatically looks a lot better. Maybe it’s down to the style not being as common as it used to be, or how they are ever so slightly more imposing-looking compared to a typical panel radiator.

With radiators being something you purchase once in a blue moon, if you’ve been toying with the idea of having a cast iron radiator in your home, you may be wondering if it’s the right choice for you. In this article, I want to address the topic and hopefully make it easier to decide if you should buy a cast iron radiator.

Let’s break down some of the most common questions surrounding cast iron radiators, and what anyone thinking of buying one should be aware of so they know if it’s a good fit for their home. 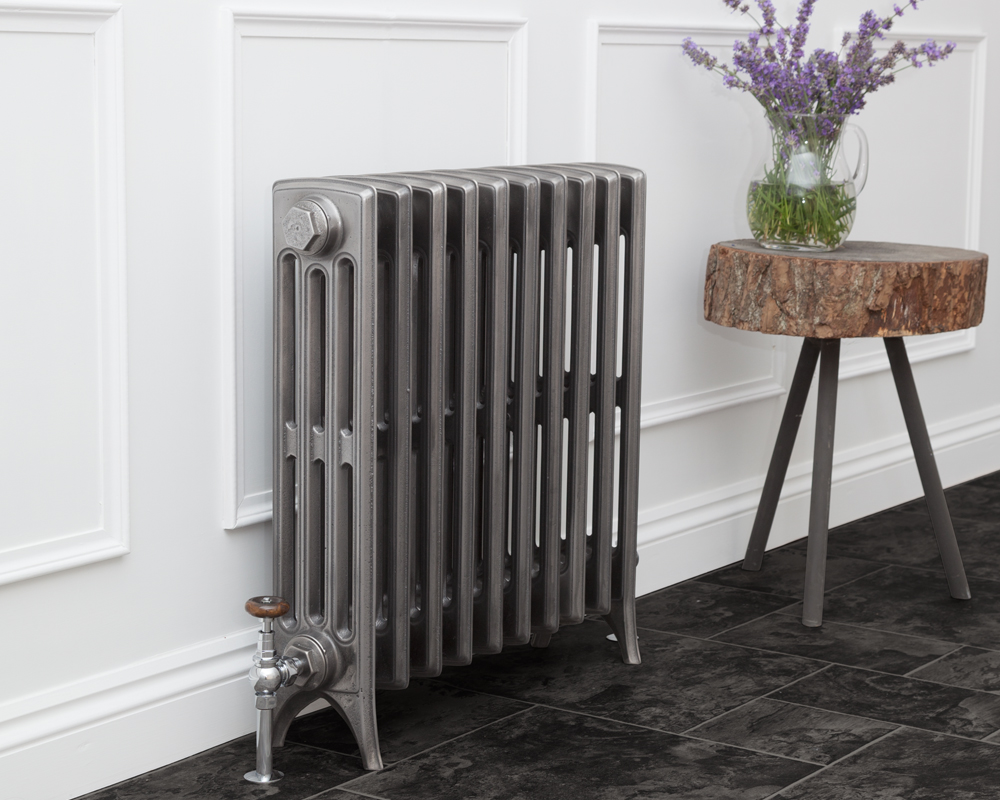 They may look old school, but any decent cast iron radiator is more than worth its weight in gold (or should that be iron?). Cast iron is quite heavy. If you were ever in the position of having to lift or move radiators around, you’d find it easier to move a large panel steel radiator than a small cast iron radiator, but save that advice for another day.

Cast iron radiators are efficient, but it helps to understand the unique way in which they operate. When you turn a radiator on and it heats up quickly, it will get a room up to temperature in no time at all. If that’s all you need from a radiator, you’re best to go for steel or even aluminium. When you turn a radiator on, want it to heat up at a normal pace and also retain a good degree of heat for a longer period after being turned off, you’ll want to go for cast iron. It has the best heat retention of the different common radiator materials and lends itself best to rooms where’d you want to have the heating on for longer bouts, e.g. your living room.

When budget is an issue, I can’t recommend enough getting yourself a dependable and cheap steel radiator that does the job without the radiator looking pretty. The price for a cast iron radiator will depend on what condition it is in, what size it is, and where you get it from.

You might think that a second-hand radiator is a good idea. Still, you’d want to check if the radiator has had its internal pipes checked or even changed to keep it functioning, as this type of radiator was originally built to last a lifetime. In comparison, a typical panel radiator in your home might be made to work efficiently for only ten years maximum.

Size is the next factor determining the price. It doesn’t usually matter if you’re going for an ornately designed cast iron radiator, or a modern one with a simple and sleek material, manufacturers typically focus more on the cost of materials and labour involved, rather than design. After all, you’re looking at something which has been “cast” and not formed by hand like some designer radiators.

Where you get your radiator from matters a lot too. Go to a brand name store, and they tend to jack up the price as they’ll sell the idea that cast iron is akin to antique luxury and charge as such. My tip; find a local trade store which typically sells cast iron radiators direct to builders and decorators, as they’ll usually offer a better deal. If you don’t have one nearby, I recommend looking at Trade Radiators range of cast iron radiators here.

How long will a cast iron radiator really last? 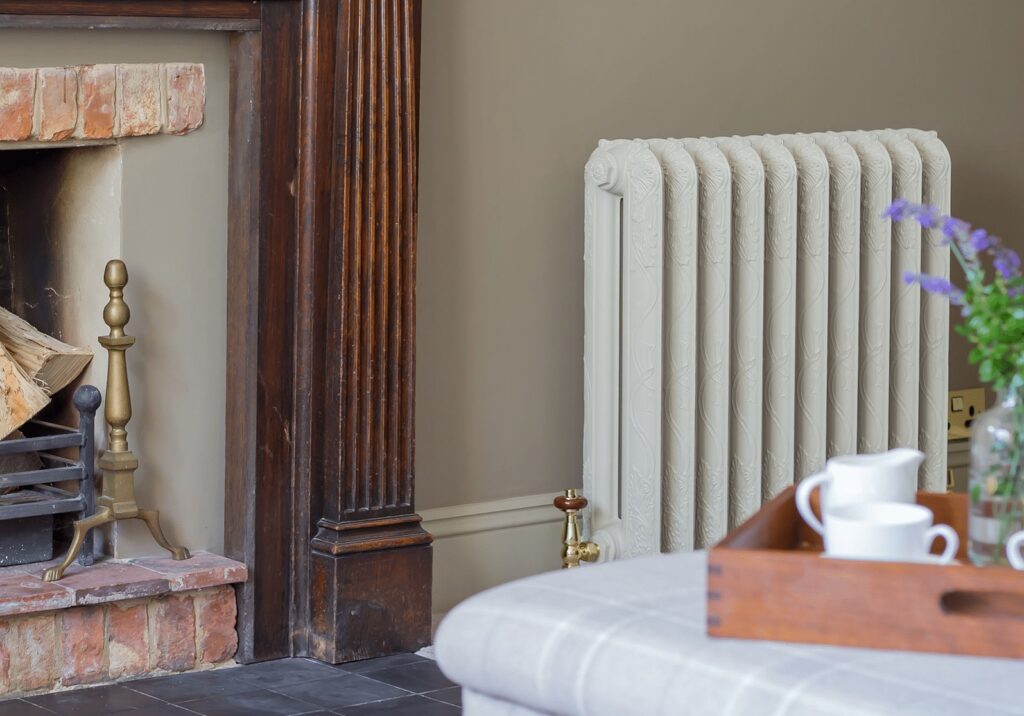 I mentioned above that this type of radiator used to be built to last, and while it is true that you should see a decent return on your radiator, it will need a little TLC from time to time, especially if it isn’t cared for. A good cast iron radiator will last you 20 years at best. I have seen examples where they’re working after 40/50 years, but those tend to involve a good degree of maintenance and getting cleaned up every few years.

Can you paint a cast iron radiator?

Yes, as long as you do it correctly. Don’t go thinking that you can just whip out some gloss or satin paint and have at it. When a cast iron radiator is bare or has seen better days, you’ll need to take time sanding down imperfections and cleaning up any signs of rust or dirt before using a primer.

I would also strongly advise on foregoing the use of paint you have lying around at home and getting radiator paint instead. Radiator paint is formulated to keep its colour for longer. If you’ve ever seen a radiator where the white is starting to yellow, it’ll be down to the radiator not using special paint. Radiator paint also withstands heats much better than anything you put on your walls, and when your radiator fluctuates between being cold and reaching over 40°C, you don’t want paint which blisters and pops.

When you have hot water flowing through a radiator every day, and little bits of air passing through too, you’re always going to see some form of oxidation around your radiators valves and entries. A cast iron radiator that is cared for won’t be any different to normal radiators, and you shouldn’t expect to see rust. If you did, it’s more a sign that the radiator hasn’t been maintained properly.

Just like rusting, the banging noises associated with cast iron radiators isn’t down to the material used. You will tend to find older radiators, regardless of what they’re made from, make noises. This is down to the radiators having small pockets of air trapped inside. A quick bleed with a radiator key should see noise problems go away.

Finally, are cast iron radiators worth it?

I wouldn’t have written so much about cast iron radiators if I didn’t think they were a good choice. They might not work for everyone or every style of a room, but any chance you have to hang one on your wall should be taken. Considering the quality and how they last for what you’re paying, they are worth it.