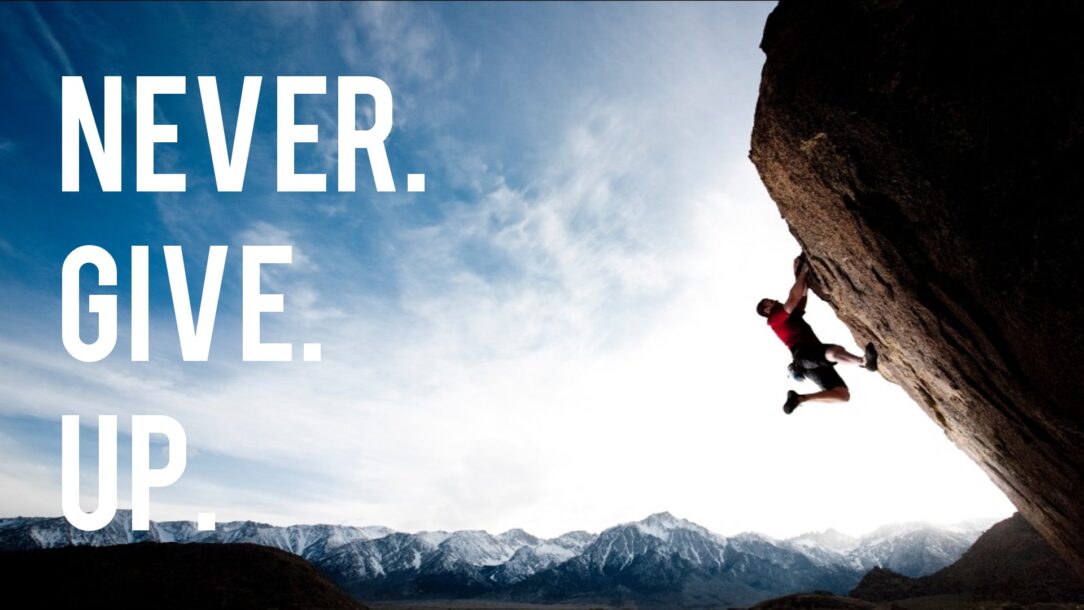 This may come as a surprise but the trait that we all thought was unique to us humans is not so; in fact, several species share the same and I am talking about the attitude of “never giving up”. It is but natural for lesser species to share in this trait, after all, one could argue that it was an animal instinct, one that propels us on to do all we can to accomplish our objectives.  This trait has indeed set us apart from many others, the inner drive that keeps on pushing us to achieve our goals and one that gets us to overcome several hurdles in the way. But what is it? Is the attitude of “never giving up” just part of a stubborn streak or is it much more than that? That’s something worthwhile exploring and that’s what we are going to do here.

Every personality trait that defines you is a result of your environment and childhood development – fair enough – but then again, where did this attitude of ‘never giving up’ come from?  Think about it for a moment – your mum would have read you the riot act when you misbehaved as a kid and told you time and time again that only good boys get rewarded for good behavior. This constant reinforcement would have gotten you to behave better and as a result, you would have modified both your behavior and your personality. But the question you need to ask is then where did the attitude of ‘never giving up’ or perseverance as we term it, come from? Did our parents condition us when we were little tots by removing our favorite toys to see how long we would persevere? The answer is ‘no’, rather the perseverance is more a result of our genetic inheritance and genetic memory that has been passed on to us by generations of humans who had to withstand serious challenges to their very survival. In a sense, this base or animal instinct is more evident in some, than others thereby making the former ‘stubborn’ or the sort that never gives up.

So in a sense, you could say that it is because of our ancestors and the shared genetic linkages that we are the way that we are today but more importantly, a recent study had discovered that dopamine or the feel-good hormone often spikes up when a person is trying to persevere about a certain issue. Essentially, this means that stubborn people are subconsciously wired to persevere and carry out a certain act, irrespective of any rational arguments that others may make to prevent them from doing just that. Yup! There’s perseverance and then, there’s perseverance and these people take it to the next level altogether. But the good news is that we all share in this common genetic trait though some of us may have repressed it and by tapping into this, we should be able to overcome all our challenges and make life better for ourselves.

Speech on New Year Resolutions
Speech on Self-confidence
To Top