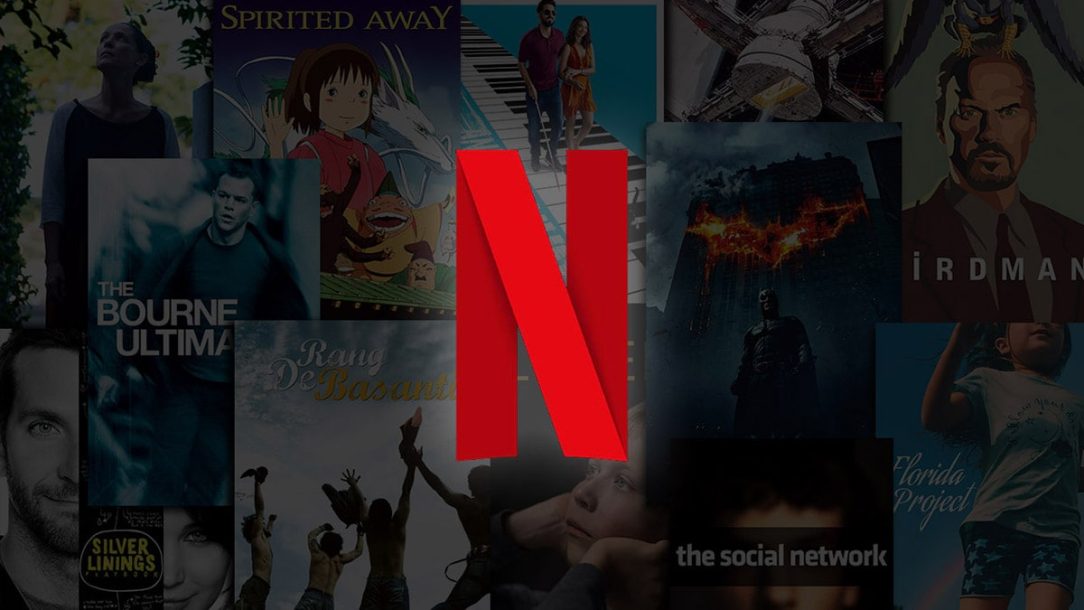 Watching prison movies has always been popular among movie fans. The troubles the characters encounter behind bars have been inspiring to the directors, actors and viewers alike. Despite the fact that these kinds of films often portray the brutal and tragic destinies, the audience often sympathizes with the protagonists, because they fight for physical and mental survival. On top of that, a lot of the positive things can be found in the stories told from the inside of the prison cell, such as loyalty, courage, friendship, and strength. Thanks to the breakthrough of the Netflix platform, enjoying the fictional world of moving pictures has never been easier. Luckily, the fans of the prison films have a wide catalog from which they can choose movies with this theme. The majority of the audience likes to binge-watch their favorite movies and TV series from the comfort of their own home. Many use multi-media players like Fire TV or KODI to connect all their streaming platforms via firestick apps and add-ons. You can find a list of apps and addons over at VPNcheck.org. If you belong to this category.

If you belong to this category, take a look at the following list of 7 best prison movies available on Netflix. 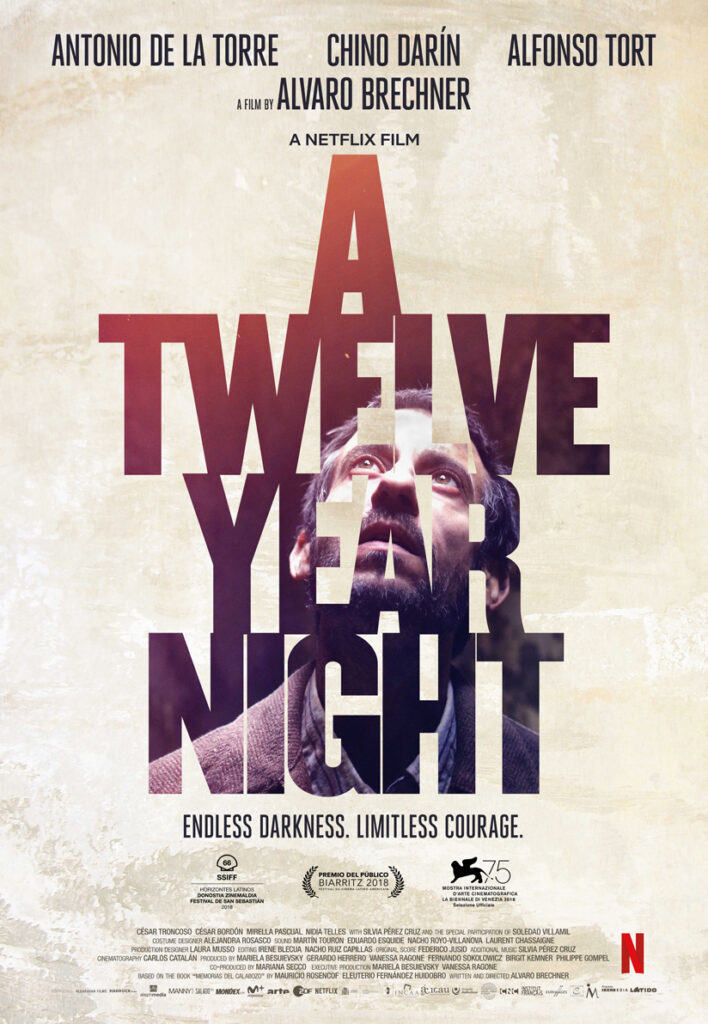 This movie has been positive reviews since it came out. It focuses on incarceration which lasted for 12 years. The director is Alvaro Brechner. The characters are members of the left-wing urban guerilla group Tupamaros. In case you are interested in seeing the psychological side of the prison, this movie will thrill you, because it shows the mental fights of the inmates to stay sane. On top of that, it realistically portrays the troubles within the walls of the prison, and you will probably be able to comprehend and picture this kind of lifestyle better.

See also  Godzilla vs Kong Sequel Gets The Green Light 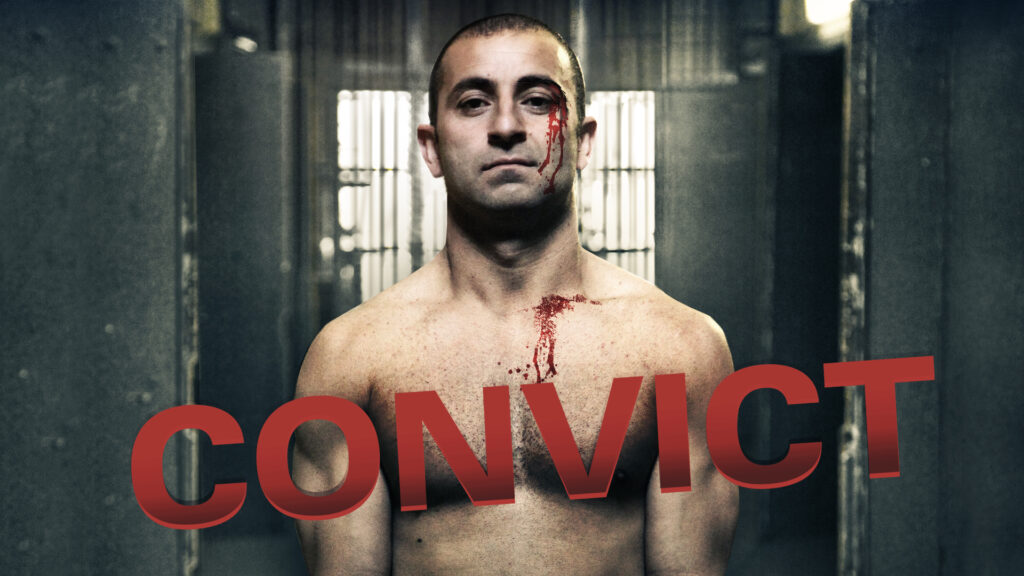 The protagonist of the movie is convicted of manslaughter. However, he committed the crime in order to protect his wife. The main motive of the film is related to the sentence “Watch your back”. You will gradually observe the life of the man who must overcome all of the challenges both inside and outside himself. Hence, the portrayal of mental state and external hardship that goes with life within the four walls of the cell becomes even more emotional to watch. With this move, you will be able to connect with the main character. 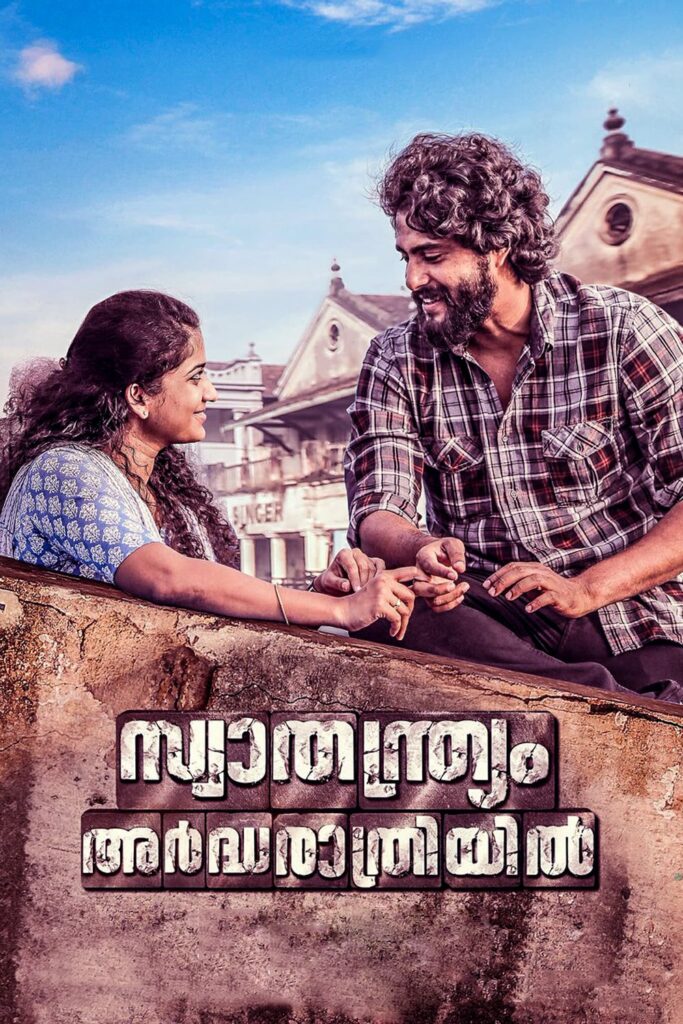 What happens when a common man ends up behind bars? The protagonist of this movie finds himself in a unique situation – he has to escape the brutal prison in order to save the woman he loves. Hence, you will be provided with a thrilling and emotional film, which will leave you surprised and speechless. One of the best things about Freedom at Midnight is the fact that it realistically portrays the setting since it was shot in a real prison. 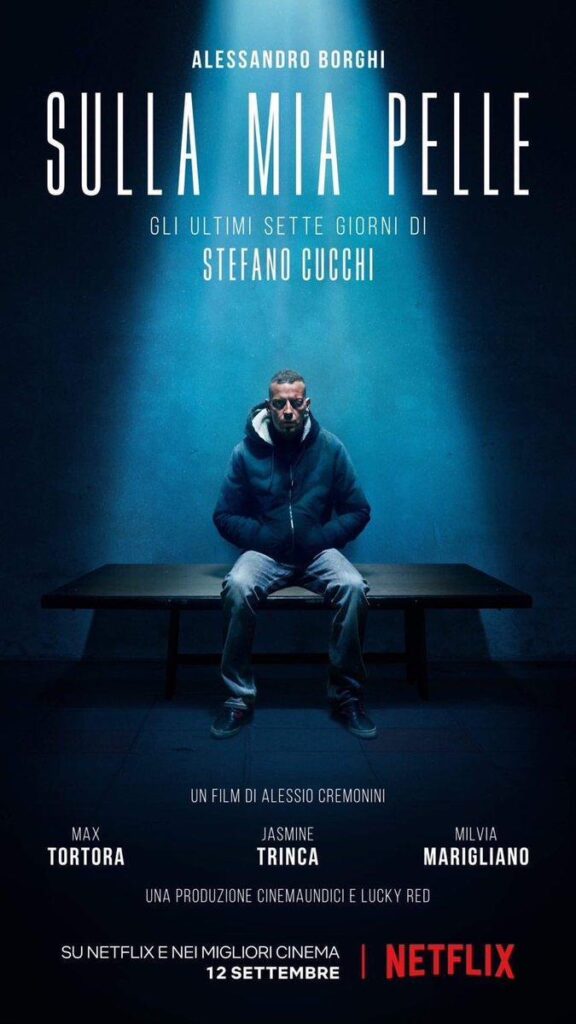 In the quest for the truth, the family of Stefano Cucchi, the inmate who dies under the unexplained circumstances, tries to find out what happened to him. This Italian drama portrays the life of a young convict who ended up in prison for the minor drug charges. Nevertheless, he started to look as if someone beat him up; he lost weight and eventually, died. By trying to figure out what happened to their family member, Stefano’s family will have to push the boundaries in order to find out the truth. 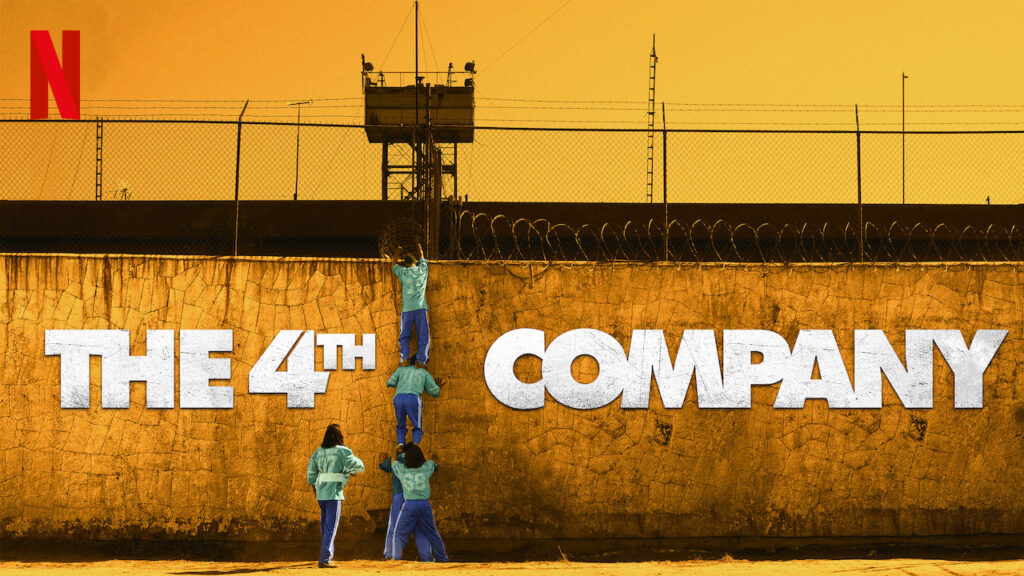 Survival is the main theme of this movie. Not only is the survival the most important goal in life, but it becomes even more significant behind bars, where unique rules have to be respected. The decision to join the prison’s American football team leads Zambrabo, the protagonist of this film, to the unique realization. He finds out that the football team is a lot more than just a sports hobby. This thrilling and tense film has been hugely popular among the audience, primarily due to the fact that it is realistic and brutal at the same time. On top of that, the plot is very interesting. 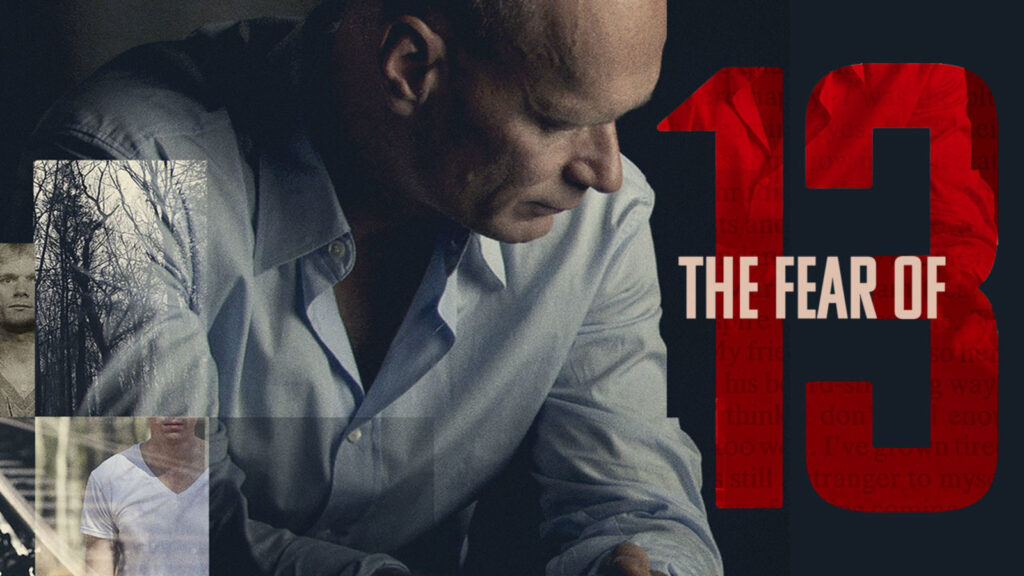 If you are interested in a documentary, instead of fiction, this is the movie for you. The Fear of 13 is a documentary about Nick Yarris, who spent 21 years in prison. The most tragic and emotional event in the same time is his release. The DNA evidence, after 21 years, proved his innocence. This man is in front of the camera the whole time and he shares his story down to every detail of his prison experience. If you decide to watch this movie, prepare yourself for emotional experience and the most realistic feeling ever, since it does not get more real than this. 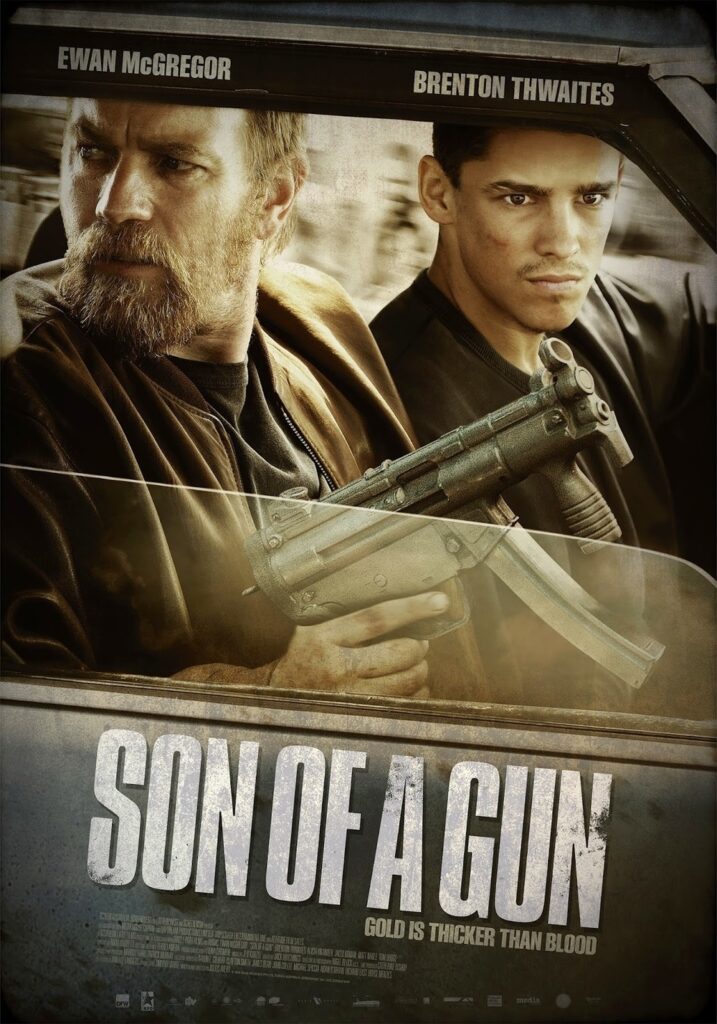 This film is about old and young inmates who make a deal. The young inmate will be protected within the walls of the dangerous prison, while he will help the old inmate to escape and do him favors once he is free. This crime thriller is everything you expect from this genre. On top of that, the cast includes Ewan McGregor, who has been praised for the outstanding performance. Not only will you enjoy the thrilling story, but you will also fall in love with the Australian cast, who offered an astonishing performance in this film.

Show Your Love for Prison Movies 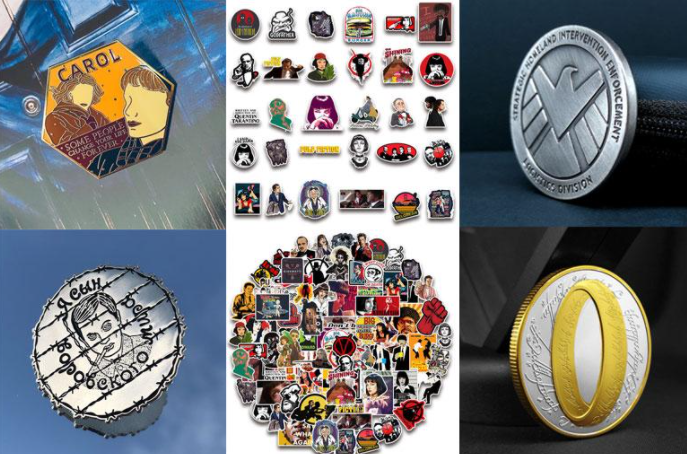 Focusing on cinema lover, movie fan? No matter what kind of movie fan you are, you deserve a unique mark to celebrate your favorite pastime. If you are planning a prison movie night with friends, or maybe you’re managing a movie club, your friends, and members will love the unique and fun gifts inspired by your favorite movies. Why not customize your unique movie flair: challenge coins, enamel pins, magnets, stickers, buttons, and the like for decoration, and collection? Vivipins can help you to customize challenge coins, enamel pins and stuff.  These custom-made items can be personalized with your most-loved quotes, characters, club name, party theme, etc. Such as, fans commission custom entertainment challenge coins to show support of their favorite movies. (visit GS-JJ.com for more info). Create them to show your love, match the theme, and set the scene to make you feel like you’re in it.

Prison movies provide viewers with real and brutal stories. But they also show the importance of courage, loyalty and strength in the fight for survival. Almost every character from these movies must fight to survive. Even if the conditions in the jail are perfect (which is, truth be told, extremely rare) they must fight their mental obstacles and defeat themselves!