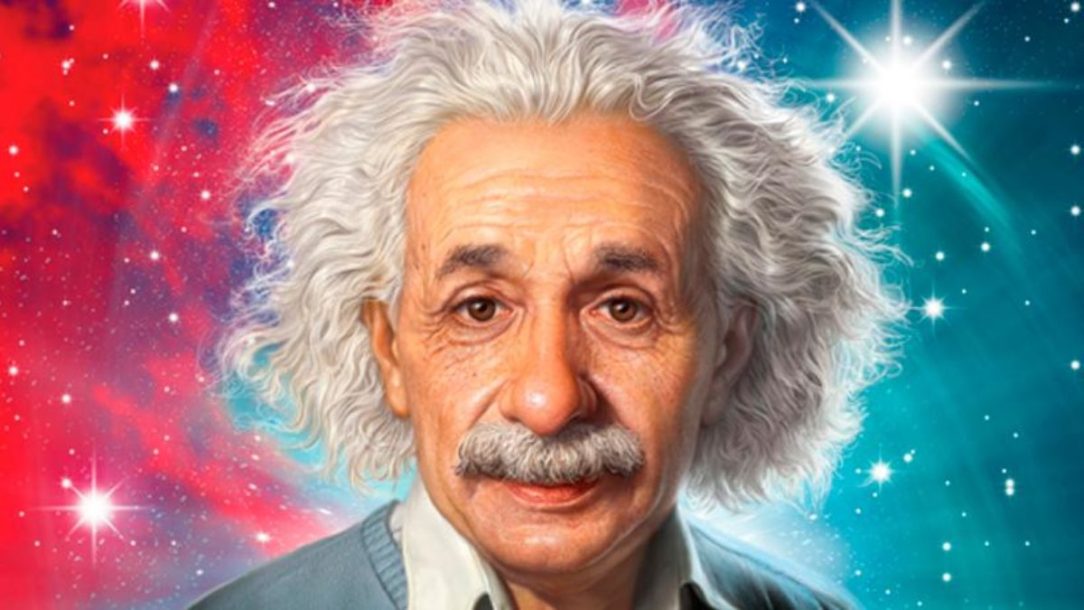 The following speech was made on February 19, 1950, on the subject of peace in the atomic era

I am grateful to you for the opportunity to express my conviction on this most important political question. The idea of achieving security through national armament is, at the present state of military technique, a disastrous illusion. On the part of the United States, this illusion has been particularly fostered by the fact that this country succeeded first in producing an atomic bomb. The belief seemed to prevail that in the end, it was possible to achieve decisive military superiority.

In this way, any potential opponent would be intimidated, and security, so ardently desired by all of us, brought to us and all of humanity. The maxim which we have been following during these last five years has been, in short: security through superior military power, whatever the cost. This mechanistic, technical-military psychological attitude had inevitable consequences. Every single act in foreign policy is governed exclusively by one viewpoint. How do we have to act in order to achieve the utmost superiority over the opponent in case of war? Establishing military bases at all possible strategically important points on the globe. Arming and economic strengthening of potential allies.

Within the country — the concentration of tremendous financial power in the hands of the military, the militarization of the youth, close supervision of the loyalty of the citizens, in particular, of the civil servants by a police force growing more conspicuous every day. Intimidation of people of independent political thinking. Indoctrination of the public by radio, press, school. Growing restriction of the range of public information under the pressure of military secrecy.

The armament race between the U.S.A. and the U.S.S.R., originally supposed to be a preventive measure, assumes hysterical character. On both sides, the means to mass destruction are perfected with feverish haste — behind the respective walls of secrecy. The H-bomb appears on the public horizon as a probably attainable goal. Its accelerated development has been solemnly proclaimed by the President.

If successful, radioactive poisoning of the atmosphere and hence the annihilation of any life on earth has been brought within the range of technical possibilities. The ghostlike character of this development lies in its apparently compulsory trend. Every step appears as the unavoidable consequence of the preceding one. In the end, there beckons more and more clearly general annihilation.

Is there any way out of this impasse created by man himself? All of us, and particularly those who are responsible for the attitude of the U.S. and the U.S.S.R., should realize that we may have vanquished an external enemy but have been incapable of getting rid of the mentality created by the war.

It is impossible to achieve peace as long as every single action is taken with possible future conflict in view. The leading point of view of all political action should therefore be: What can we do to bring about a peaceful co-existence and even loyal cooperation of the nations?

The first problem is to do away with mutual fear and distrust. Solemn renunciation of violence (not only with respect to means of mass destruction) is undoubtedly necessary. Such renunciation, however, can only be effective if at the same time a supra-national judicial and executive body is set up empowered to decide questions of immediate concern to the security of the nations. Even a declaration of the nations to collaborate loyally in the realization of such a “restricted world government” would considerably reduce the imminent danger of war.

In the last analysis, every kind of peaceful cooperation among men is primarily based on mutual trust and only secondly on institutions such as courts of justice and police. This holds for nations as well as for individuals. And the basis of trust is loyal to give and take.

What about international control? Well, it may be of secondary use as a police measure. But it may be wise to overestimate its importance. The times of prohibition come to mind and give one pause.