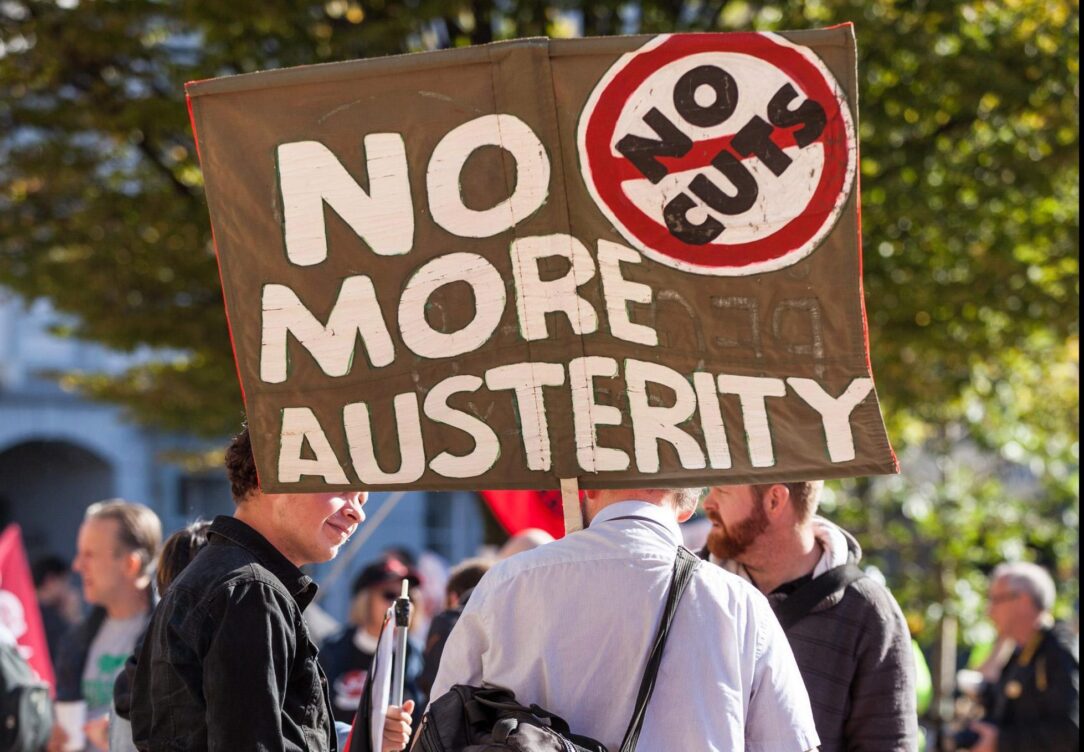 Austerity is a term used describing the policies of governments, usually involving the cutting of public spending that aims to reduce debts or preserve certain materials. Austerity in wartime was employed in the form of rationing scarce or important goods.

Austerity is a set of political-economic policies that aim to reduce government budget deficits through spending cuts, tax increases, or a combination of both. Austerity measures are used by governments that find it difficult to pay their debts.

The Cambridge dictionary defines austerity outside a political description that is the norm today:

The condition of living without unnecessary things and without comfort, with limited money or goods, or a practice, habit, or experience that is typical of this:

Let us delve into the reasons why governments typically follow a path of austerity and then discuss what typical measures are taken by a government that feels the need to be austere. 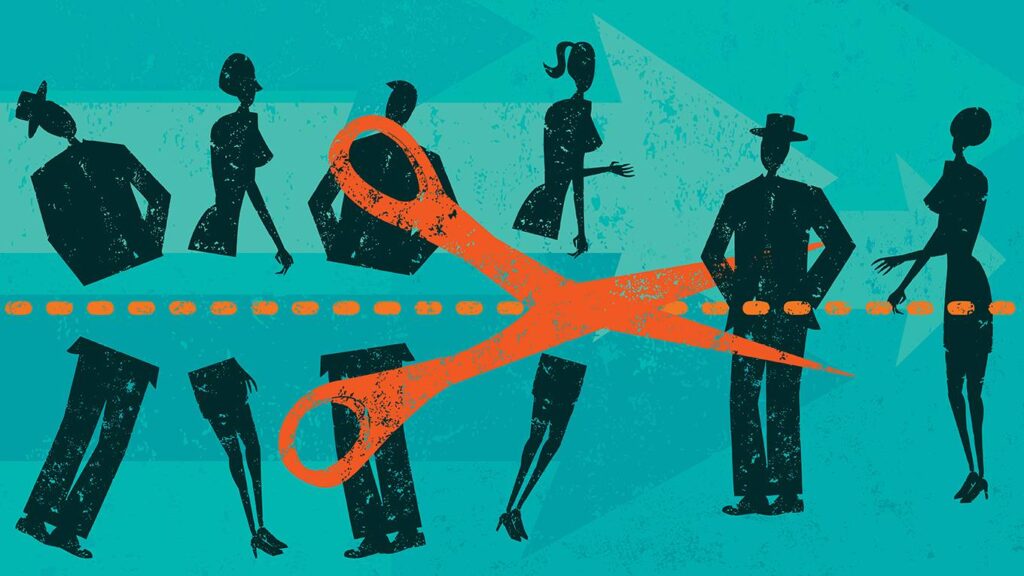 Wartime is a typical example of when governments follow a path of austerity. During the second world war and directly afterward there were limitations put on many goods people were allowed to buy. The reason was that certain items were needed for the war effort and some items were in short supply due to enemy bombing campaigns on factories and trade routes cut off due to the war.

Food rationing began in Britain on 8th January 1940 when bacon, sugar, and butter were rationed. These items were soon followed by the rationing of meat, milk, cheese, eggs, and cooking fat. Eventually, most foods were covered by the rationing system with the exception of fruit and vegetables. Ration books were provided to all citizens in Britain who then registered in a shop of their choice. When an item was bought the shopkeeper penned off the purchase off in the customer’s book.

Clothes rationing was announced in Britain on June 1, 1941. The British government needed to reduce production and purchase of civilian clothes to safeguard raw materials and release workers and factory space for war production. Silk was needed for parachutes. The length of men’s shirts was restricted and double cuffs were banned. It is estimated that these measures saved about 4 million square yards (approximately 5 million square meters) of cotton per year. In the Uk and France, shoppers carefully spent their precious clothing coupons and money on new clothes to assure their wardrobes would be suitable across the three seasons. 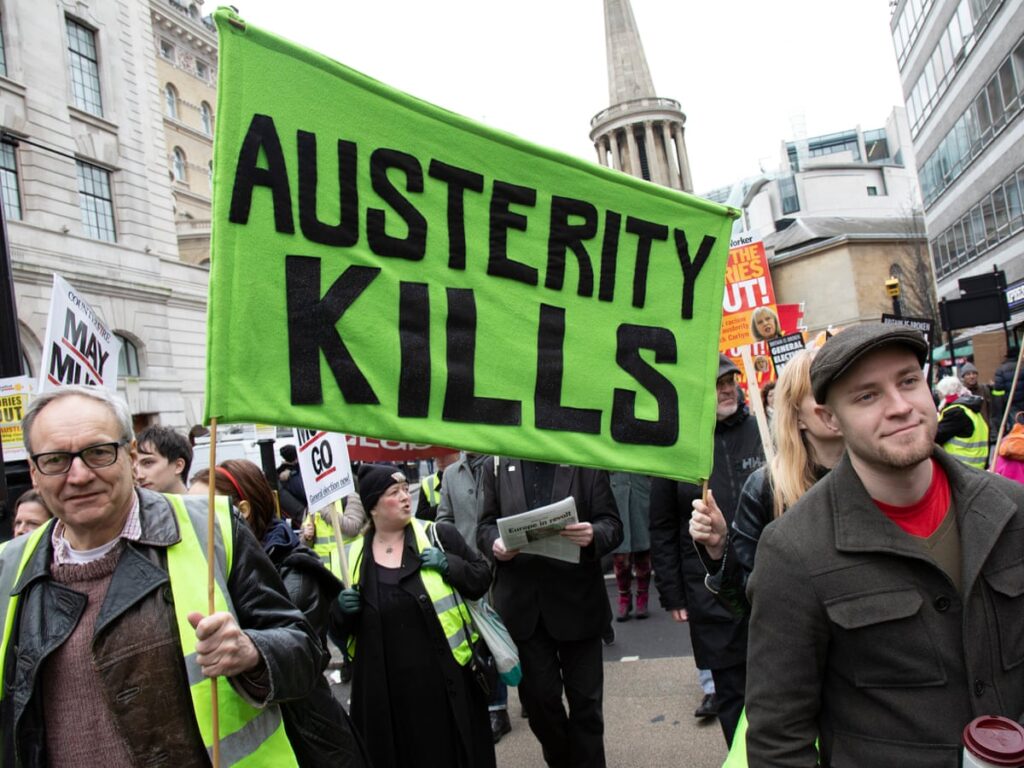 We have discussed a primary reason why governments pursue a path of austerity. Austerity policies are used sometimes out of wartime, noticeably when a country faces economic difficulties. The problems can be severe or less serious and the policies extreme or mild.

In November 2018 Zimbabwe faced runaway inflation. according to Zimbabwe Business Live Finance Minister, Mthuli Ncube  dubbed his new policy: “Austerity for prosperity.” He cut the salaries for the president, ministers and senior government officials by 5%. He laid off about 3,000 workers and reduced the size of its foreign embassies in a bid to, ‘kick start the economy.” This and the adoption of the US dollar helped Zimbabwe stage a recovery. However, high debt, high unemployment  and the adoption of a new Zimbabwe dollar and banning the use of foreign currency in 2019 have been blamed for a return to hyperinflation.

Let’s look at a less serious situation. The UK has borrowed heavily in times of war. During World War 1 national debt was 200% to GDP. In peace times during the last century, an average figure has been 30% national debt to GDP. In 2007 the Labour party undertook high spending which took the figure to 37%. When the crash came in 2009 due to external factors borrowing to debt figures rose to 53%. The figure has constantly risen since. It now stands at 83%. 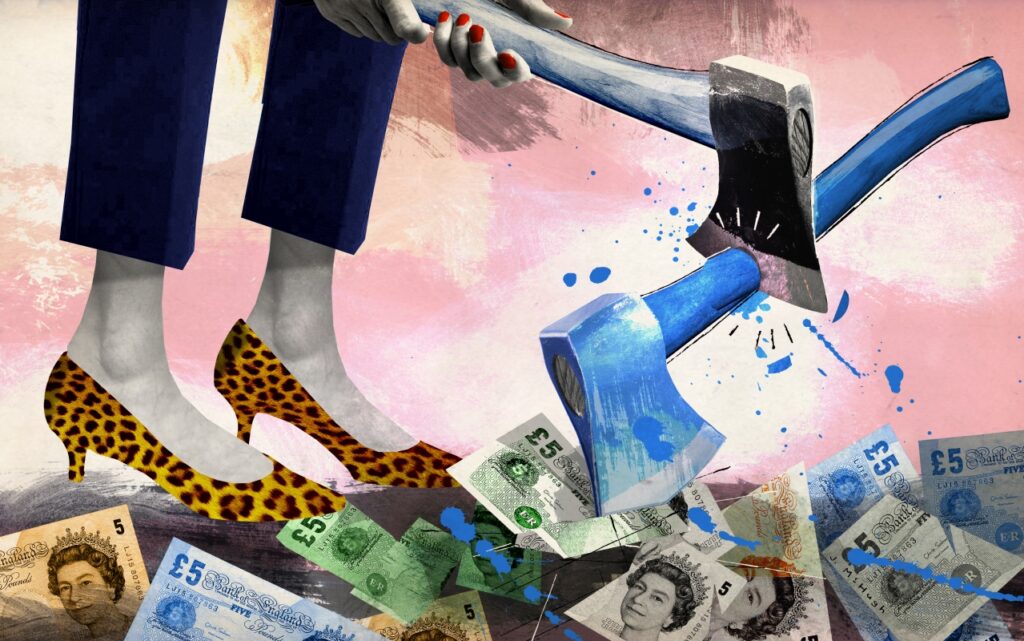 Economists have been critical of this high rate of borrowing in the UK. A study by the World Bank found that if the debt to GDP ratio of a country exceeds 77% for an extended period of time, it slows economic growth. The conservative government refused to make cuts to the health service and education. However, there were ‘spending reductions’ between 2010 and 2019 of more than £30 billion to welfare payments, housing subsidies and social services. These were heavily attacked by supporters of the opposition parties.

On October 3, 2018, the former Prime Minister, Theresa May declared, the government’s eight-year program of austerity is “over” but cutbacks are unpopular and there is a tendency in modern politics to borrow and borrow again with out worrying about the consequences.

But austerity, the reduction of government deficits through tax increases or less spending, is an exception. Discussions of austerity quickly devolve into moralizing between supporters, who see austerity as a kind of virtuous balancing of books, and opponents, who describe it as self-defeating, elitist punishing of the poor, nonsense.

A new book by Alberto Alesina Austerity: When It Works and When It Doesn’t, co-written with Carlo Favero and Francesco Giavazzi of Bocconi University claims there are two main types of austerity: a tax-raising type or a spending cuts type, especially to government programs. The book claims: 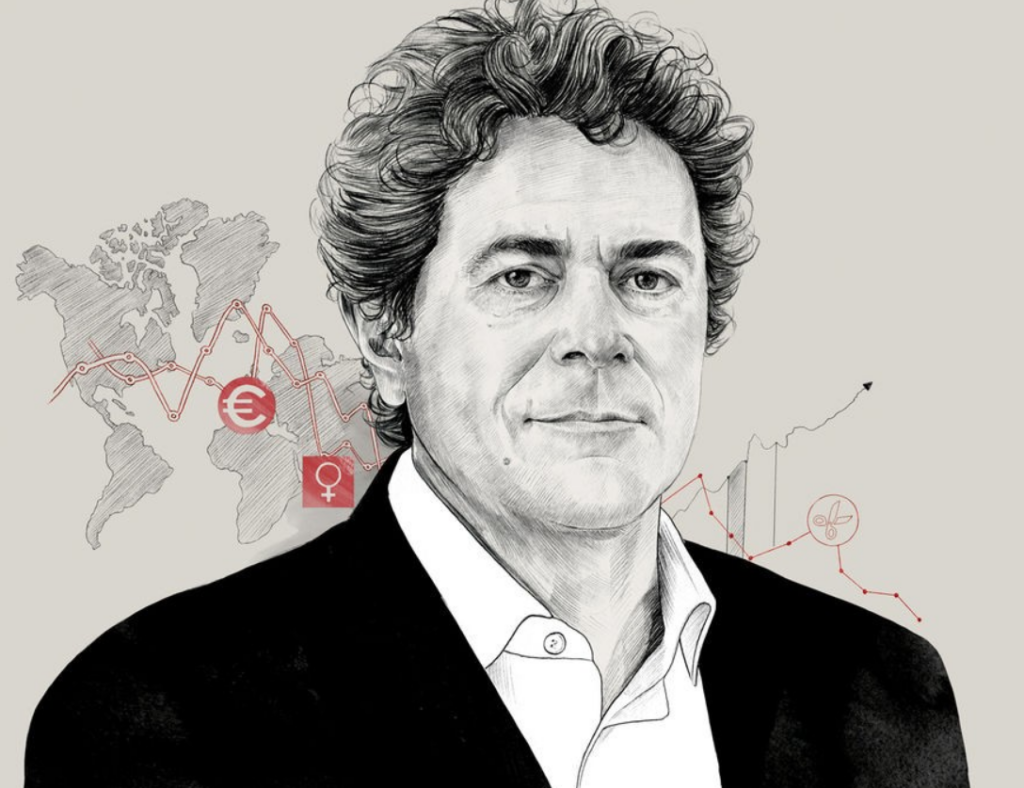 a spending-based austerity spurs private investment and mitigates the recessionary result predicted by Keynesians’ while, ‘immediate tax increases reduce the incentive for investment,

The left side of politics made anti-austerity sentiments a major policy in the UK. Labour leader, Corbyn said in October 2018, “Eight years of painful austerity. Poverty is up. Homelessness and deaths on our streets are up. Living standards down, public services slashed and a million elderly are not getting the care they need.”

According to Harvard Magazine, using the UK as an example: ‘the left could easily take control in the next general election and introduce spendthrift policies that eliminate whatever good the austerity did.’

What is clear is that if economies are handled well there should never be the need for austerity in the first place. In the fiscal-policy briefcase, austerity ought to be a rare tool. Instead, it promises to become recurrent in most economies.

Speech on Humanitarian Aid
To Top