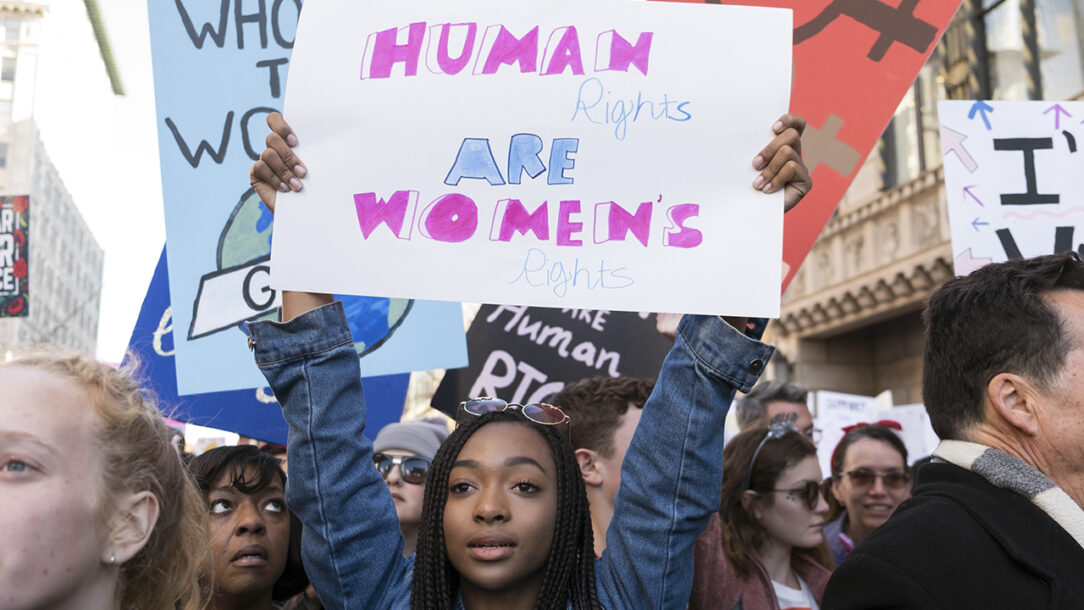 Feminist movements campaign for women’s rights like, right to vote, right to equal pay, to hold public office, to work, to receive education, to own property, to have equal rights at marriage and access to maternity leaves. Feminists all around the world have worked to promote bodily autonomy and integrity. They have also worked to protect women and young girls from rape, sexual harassment, abuse, and domestic violence.

In the beginning of the 19th century, in countries like Great Britain and the United States of America, feminism began. It demanded legal autonomy, rights such as to be seen more than just a man’s wife or daughter. Feminism also demanded to be allowed to choose one’s husband and the right to hold property.

Later on, women asked to have access to political systems, i.e., to have their right to vote. On seeing what that agency brought, further measures of equality were demanded. The history of feminism has been divided into three waves:

Feminism is ultimately about the empowerment of women, their right to make the choices that work for them, and their choices that may seem to conflict the basic ideals of equality. The second wavers of the feminist movement are very grateful to the third wavers for providing feminism with a framework containing intersectionality. This term was coined in the year 1989 by a third wave feminist named Kimberlé WilliamsCrenshaw.

Feminism, just like any other philosophy has its fanatics who are vocal. Feminism still has a long way to go with many existing prejudices and biases.

Speech on Vietnam War
Speech on Friendship
To Top