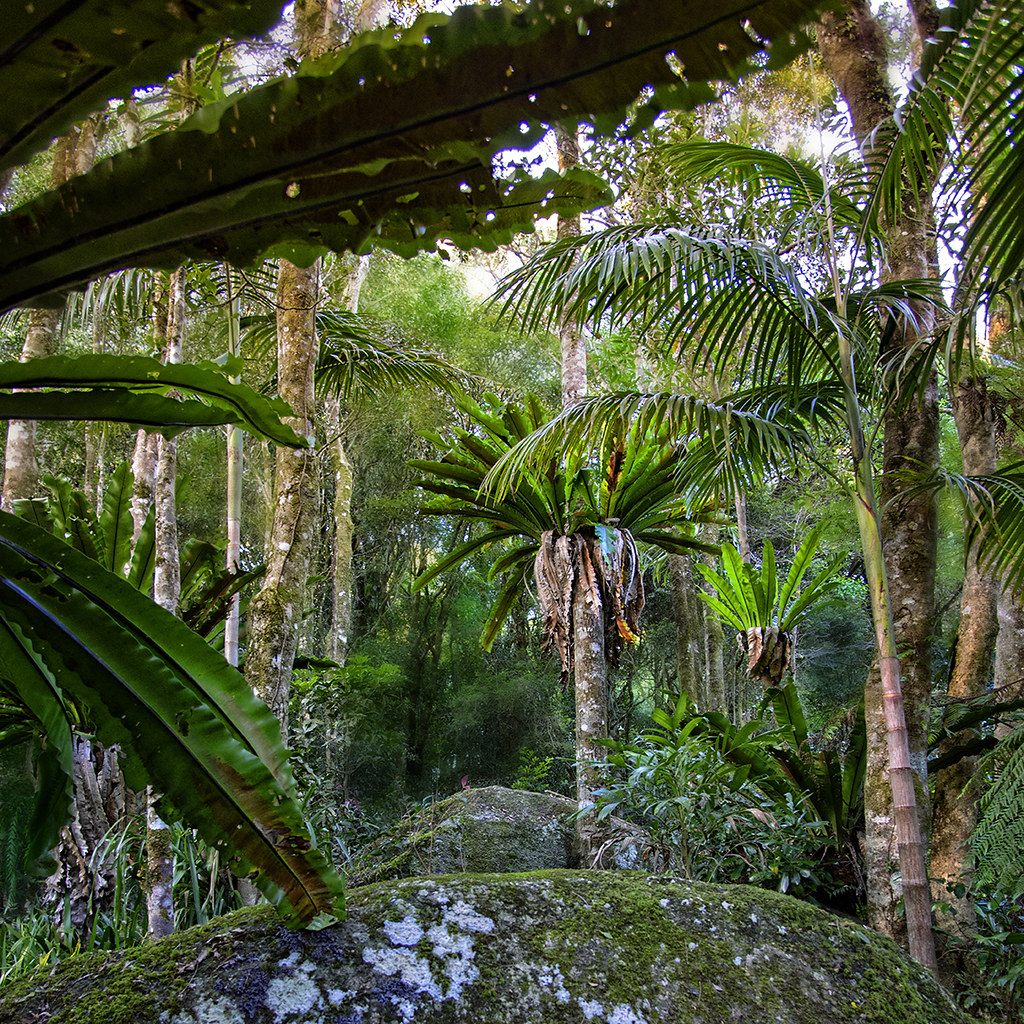 The Gondwana Rainforests of Australia are the largest area of subtropical rainforest in the world. The fifty separate reserves cover 366,500 hectares (906,000 acres) from Newcastle to Brisbane.

While small when compared with the 242,163,274 acres of the Indonesian rainforest, the Gondwana reserves have extremely high conservation value, with more than 200 rare or threatened animals and plants. The forests have been declared a UNESCO world heritage site.

The flora and fauna of the Gondwana Rainforests provide great examples of ongoing evolution including plant and animal taxa which show evidence of relatively recent evolution. According to UNESCO the forests, ‘are some of the most biodiverse ecosystems on Earth and the Gondwana Rainforests has many centers of outstanding species diversity including the highest concentration of frog, snake, bird, and marsupial species in Australia.’

Recent fires have shown that these precious forests can be severely damaged if they’re not looked after. Rich in global fossil heritage and diversity, the Gondwana Rainforests are a value for their rainforest evolutionary history. Australia began to split from Gondwana – now Antarctic 40 million years ago, transporting its paleorainforest
on a journey north. The continent escaped the harsh Antarctic freezing and dried up much later as it reached the tropics.

Although, the fires are now under control, approximately 50% of the forest was affected by the flames. It is the hope of people around the world future fire planning can be put in place to be prepared for such threats in the future. If lessons are not learned quickly the world could lose the great Gondwana rainforests.

ScienceMag claims in a report that the Australian Government should avoid implementing, ‘broad-area industrial-scale controlled burns.’

In the past there has already been large scale destruction of the rain forest. Humankind logged the forests almost to nothing. Today only 1% of the original range of the Gondwana rainforest remains in Australia. Most of the logged regions have been taken over by the eucalyptus forest.

During the 2019/20 bush fires, many parts of the Gondwana rainforest were devastated. David Keith, Professor of Botany at the Centre for Ecosystem Science at the University of NSW, said

“The forests are burnt, severely in some places, but not lost,” he added, “Where fire has killed tree canopies, it causes major reorganization of the rainforest that will require many decades or more than a century to recover.

According to Science Mag some species have been gravely affected by the bush fires: the northern long-nosed potoroo, a hare-size wallaby that feeds on truffles that grow around the roots of gum trees, was already down to a few hundred pairs. The report claims, ‘When ecologists and rangers returned to survey the damage they found no sign of the endangered marsupial’.

“There’s little question that threatened species are going to be affected; even common species are being pushed towards becoming vulnerable by the size of these fires,” says Euan Ritchie, an ecologist at Deakin University in Melbourne.