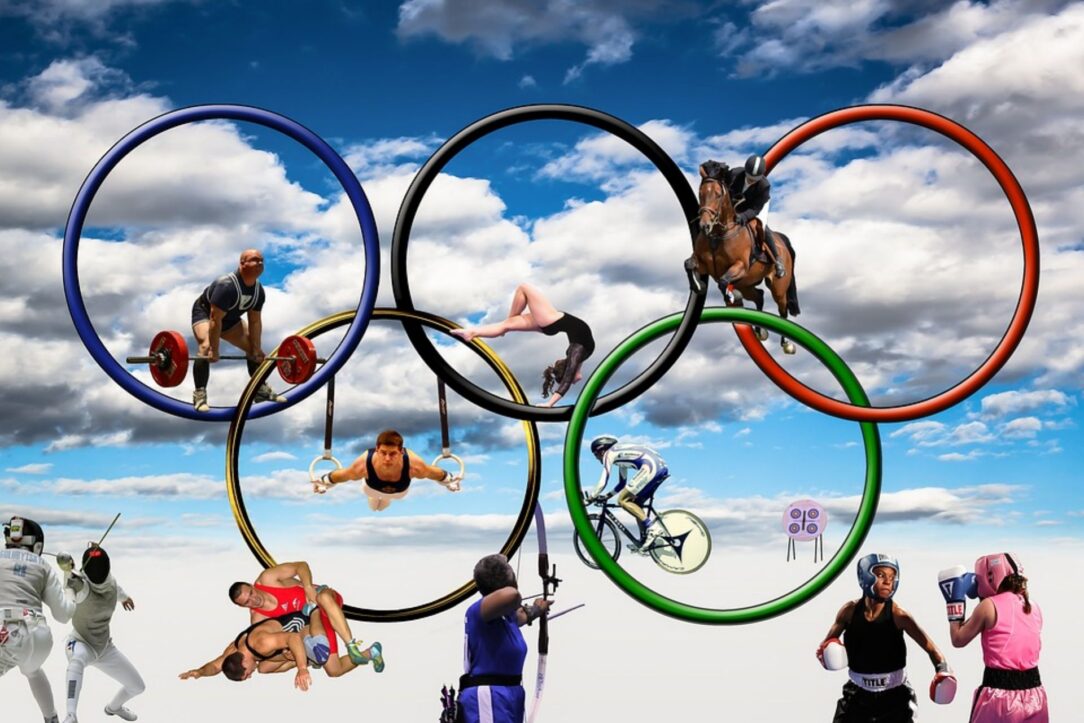 The Olympic games are a coming together of the best athletes in the world. The ancient Olympic Games were primarily a part of a religious festival in honor of Zeus, the father of the Greek gods and goddesses. The next 2022 Olympics in Tokyo will feature 339 events in 33 different sports, within 50 different disciplines.

Speech on the Olympic Games

The first Olympic Games only featured one sport, the ‘stadion’ race, a foot race 600 feet long. Some literary traditions claim the first Olympics began in the year 776 BC. However, staggeringly,  archeologists, now believe the games may have existed at Olympia much earlier than this date, maybe as early as the 10 th or 9 th century BC.

In 1935, when the world was heading towards the beginning of the second world war, the Olympics were held in Berlin. Adolf Hitler and the Nazis had just taken power and believed Germans were the, ‘Master Race’. Meanwhile, back home in America, black people were still discriminated against, forced to be segregated from white people.

It was no wonder shock waves went around the world when black American, Jesse Owens broke 5 world records. His epic embrace with Aryan German competitor Luz Long broke social barriers. Owens proved he was a true, great Olympian. His spirit of the Olympics proved compassion could be achieved outside political and cultural constraints.

Drama is never far from the Olympics. Humankind’s quest for glory can sometimes be stained by rule-breaking. In the 1988 Seoul Olympics, spectators and the press were on tenterhooks as the world’s fastest man Ben Johnson stepped onto the track for the 100 meters sprint with rival Carl Lewis. People had talked about it as the most eagerly waited for Olympic event in history. The Jamaican-Canadian won the race in the staggering world record time of 9.79 seconds.

It was hailed as ‘the race to end all races’ and Canada was jubilant about its new Olympic hero. Canadian prime minister, Brian Mulroney telephoned Johnson on live TV to thank him for “a marvelous evening for Canada” However within days, Mulroney was back on television talking of “a moment of great sorrow for all Canadians”.

Ben Johnson’s urine had tested positive for the banned anabolic steroid stanozolol, which unfairly grows muscles and strength. The IOC stripped him of his gold medal and his world record awarding the gold to Lewis, with Britain’s Lindford Christie getting the silver medal.

The ancient Olympic Games in ancient times were a part of a religious festival in honor of Zeus, the mythological father of the Greek gods and goddesses. The festival and the games were held in Olympia which was named after the tallest mountain in Greece. Laurel wreaths made from the olive tree were give to victors as recognition of their wins. In ancient times the games were contested only by men who came from the far reaches of the Greek speaking world including Spain and Turkey.

It took thousands of years for the Olympics to return. The first modern Olympics were held in Athens, Greece, in 1896. The man who revived it was a Frenchman named Baron Pierre de Coubertin.

The concept of the Olympic torch first began in the 1928 Olympic Games in Amsterdam. There was no torch relay in the ancient Olympic Games which has become so famous in modern day Olympics. There were known, however, torch relays in other ancient Greek athletic festivals including those held at Athens. Amazingly archeologists recently discovered bronze hoops over 8000 years old which are believed to be trophies given to Olympiads.

The Olympic games fosters a spirit of never giving up. The athletes that take part and especially the winners are admired around the world. Their never say die attitudes was summed up perfectly by Noureddine Morceli, the middle-distance runner. He was the winner of the 1500 meters at the 1996 Summer Olympics. He said:

“I run to be known as the greatest runner, the greatest of all time. I could not eat or sleep for a week after I lost in the 1992 Olympics. I have to win or die.”

The Olympics are unique among athletic events, not only because of their ancient and well-loved history, but above all they are identified with high ideals and conduct which transcend athleticism. The ancient Greek Olympics were a tribute to the Gods, and the rituals and  beliefs were inseparable were a major part of the games. Today there is no talk of ancient Greek Gods, though notions of justice and fairness are just as important and relevant.

One of the most respected ideals or requests of the Olympic Games is the ‘Olympic Truce’, an ancient theme that is revived. In ancient Greece, any wars and battles stopped for months so that the warring city states could unite for the Olympics. The United Nations General Assembly in 2012 passed, with a first ever unanimous 193 country votes, a resolution calling for peace during the Olympics. The ideal is just an ideal in these turbulent times, though an ideal which should be respected.

Let’s now cover some of the feats of the greatest athletes at the Olympics:

The best ever Track and Field athlete at the Olympic Games is Finnish distance runner Paavo Nurmi who competed between 1920 and 1928 winning 12 medals including 9 gold medals. The oldest track and field record still standing strong belongs to Jarmila Kratochvílová from the former Czechoslovakia, who set the 800 meter mark  in July 1983. American swimmer, Michael Phelps is arguably the best Olympic athlete in history. Not only did he win eight gold medals in the 2008 Olympics in Beijing, he also won six gold medals and two bronze medals in the 2004 Olympics. He holds the record for the most Olympics medals won by any athlete at 28. Amazingly Phelps was 15 when he broke into the national team.

After you ponder over the greatness of the athletes mentioned, you may even want to push yourself harder in your own sport to achieve your dream. Or you may be simply looking forward to being entertained at the next Olympic games I leave you with the Olympic games motto: ‘ hendiatris Citius, Altius, Fortius, which is Latin for “Faster, Higher, Stronger”.

Speech on Cricket
Speech on Rugby
To Top