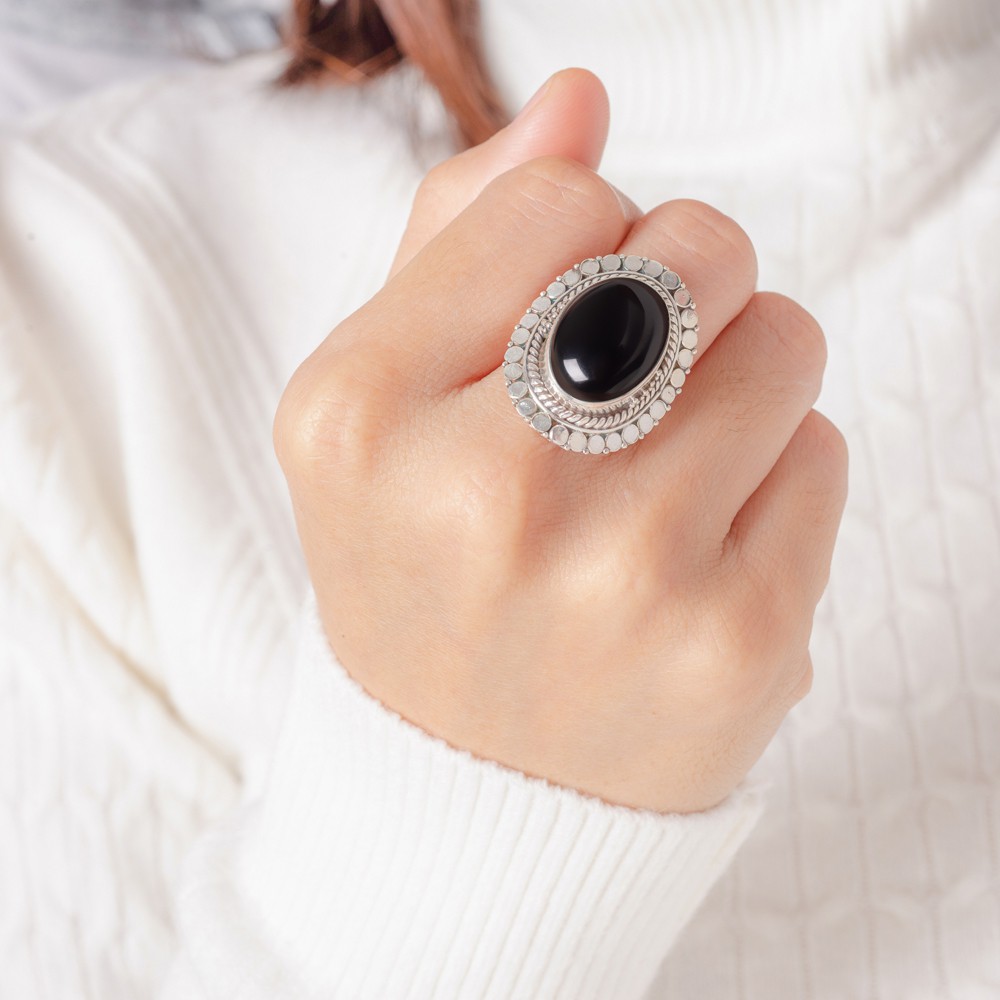 Onyx is, like agate – chalcedony, or a variant of quartz. It consists of parallel stripes of alternately colored chalcedony, so e.g., the black-and-white variant of onyx can also be classified in the agate group. Many differentiate between onyx and agate based on stripes – agate usually has winding and concentric, or rounded stripes, while a stone with parallel and flat stripes is considered onyx.

There are many onyx deposits, and among the most important are those in India, Brazil, and Uruguay.

The best known and rarest is black onyx, but this semi-precious stone appears in reddish-brown shades with white stripes (better known as sardonyx) and can be black with white stripes, yellowish-brown, in shades of gray, and many other similar combinations, but not purple or blue.

Be careful if you come across purple or blue onyx. Since such onyx does not exist in nature, it can be a colored stone or a variant of agate, so it is a good idea to ask the seller for information on whether the stone has been treated and how, and whether it is actually about agate. It’s good to know that too when you buy black onyx. 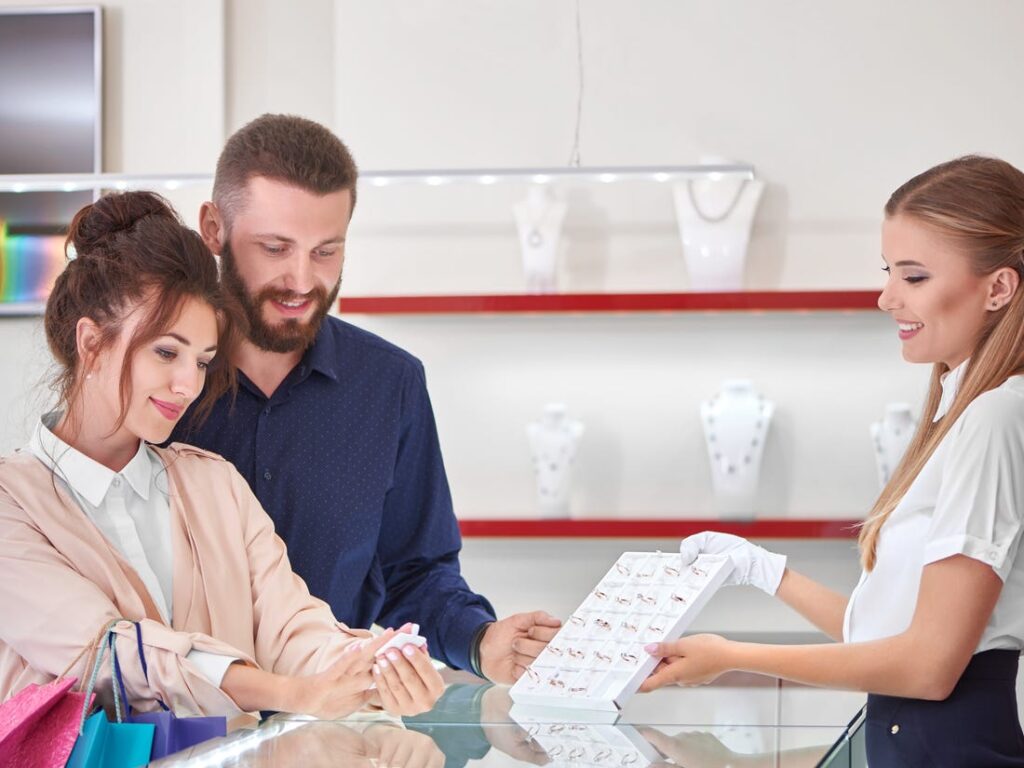 Since there is very little natural black onyx, and the supply on the market is very large, it is easy to conclude that most of the black onyx available on the market today is treated with dye, radiation, or some other procedure that enhances the intensity of black. While this may not affect your decision to buy such a stone – because as such, it is no less beautiful, nor necessarily less valuable, informing about any additional treatment of decorative stones is a matter of ethical trading and fair treatment of the customer.

Different cultural circles treated and experienced onyx very differently – while in some societies, it was considered a stumbling block and was believed to cause nightmares and was fatal for pregnant women because it caused abortion, in India and Persia, it was attributed to charitable properties and believed to be protected from spells, and midwives even put it on women’s chests to make childbirth as quick and easy as possible. In antiquity, Roman soldiers wore sardonic talismans engraved with the image of Mars – the god of war. They believed that the stone would give them courage in battle. In Renaissance Europe, sardonyx was believed to encourage eloquence, and in Victorian England, onyx was also worn as a sign of corrotto (a broken heart).

Whatever the reason for purchasing onyx, this elegant stone with a rich and interesting history is a beautiful decoration. Especially in its black variant – something like a little black dress or an elegant tuxedo for those of us to whom black diamonds are not quite affordable.

This stone, which is under the influence of the planet Saturn, symbolizes inner concentration and obedience. It is believed to expel negative energy from the body and to help us develop self-control, spiritual maturity. 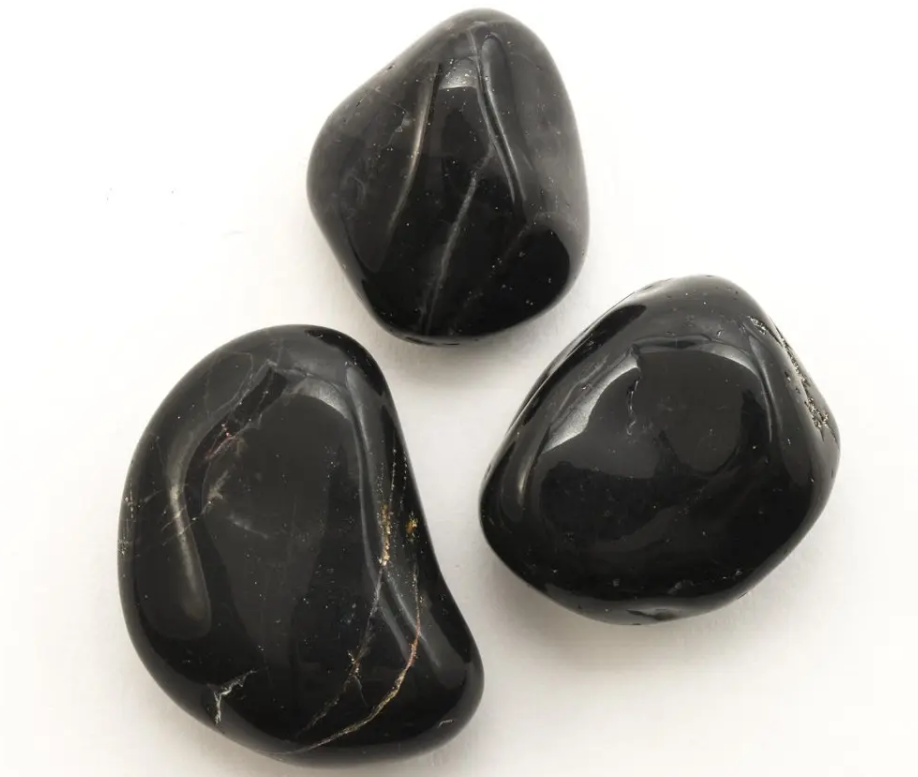 In addition to its spiritual effect, onyx is believed to have a healing effect and to help prevent hearing diseases, as well as balance disorders. Although not considered a pharmaceutical drug, there are beliefs that it strengthens immunity, has a positive effect on many skin diseases, and also helps hair and nail growth. For those who suffer from poor circulation, onyx could be a lifesaver, as it improves blood circulation.

If we talk about fashion trends and styles, jewelry with onyx can complete any clothing combination. If we talk about black onyx, in addition to fans of a slightly firmer sound, this stone is a favorite among a special group of people, and that is bikers. The appearance of the biker is recognizable – boots, leather pants, and jacket, beard, long hair. Of course, jewelry is inevitable and it is usually a ring, which you can see in bikerringshop.com. You will very often see black onyx intertwined with snake motifs, the Eisternesch Kreuz cross, the number 13, or some other of the many biker-specific symbols that carry a strong message and meaning.

Onyx is also considered a birthstone for people born in July and December, and if you are a person who occasionally “peeks” into the horoscope to see what the stars have prepared for you, then you know for sure that each zodiac sign has its stone that is believed to give you strength and courage. It is Leo and Capricorn who is considered the most ambitious, according to Zodiac. 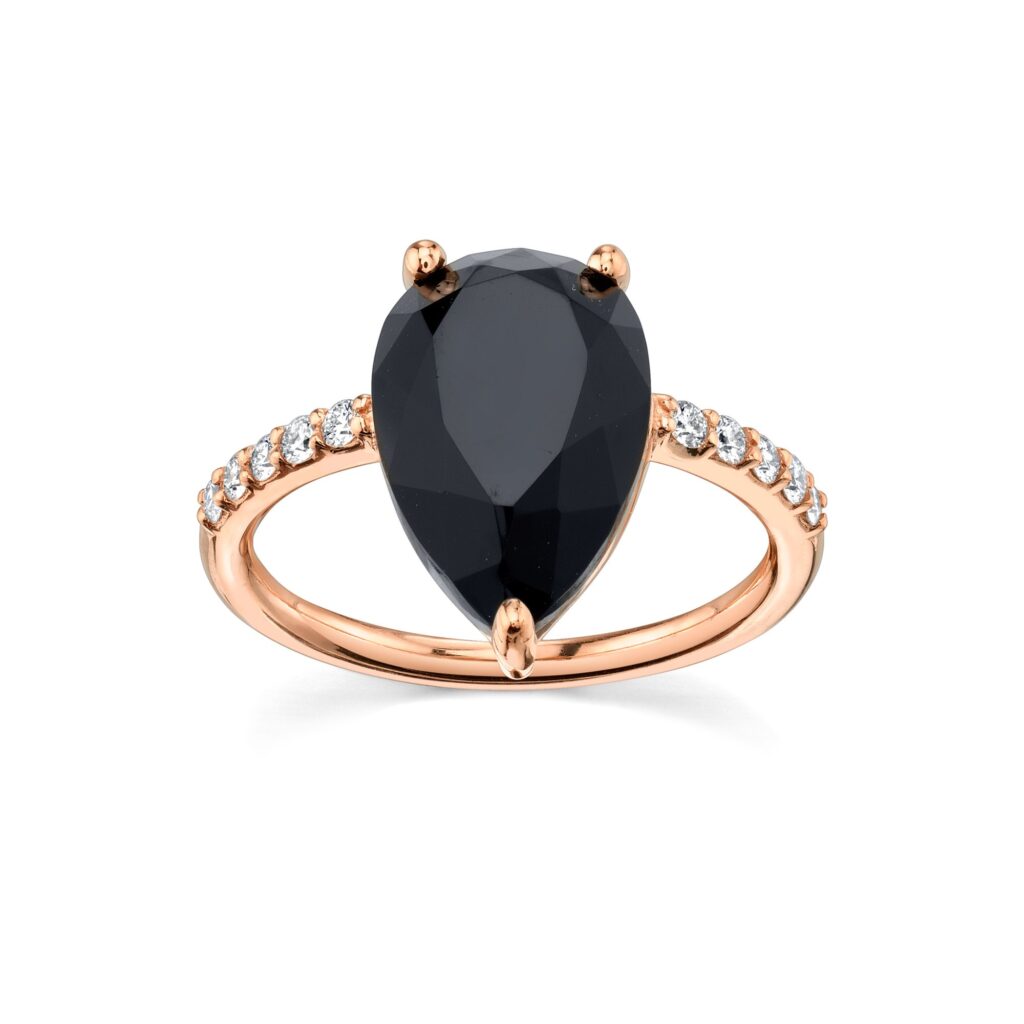 However, for onyx to work the way it is believed to work, you need to charge it and clean regularly. How do we do that? It is recommended to clean two outs a month by leaving it under a stream of warm water for five minutes, and after that to foam in a glass of water with mountain crystal. After that, it is necessary to stand in the sun for a few hours or bury it under a thin layer of earth and leave it overnight. Once properly charged, it is ready to show off in full splendor and action.

Onyx is also known as a crystal that absorbs sadness and grief, and in the past, it was used to reduce the effects of biting certain animals. It also improves concentration, and it is recommended to be worn by those who have trouble sleeping. You can still hear that it is an inexhaustible source of positive energy and helps to regenerate cells, reduces fear, helps with exhaustion, is excellent protection against epilepsy, and many of its miraculous effects are known.