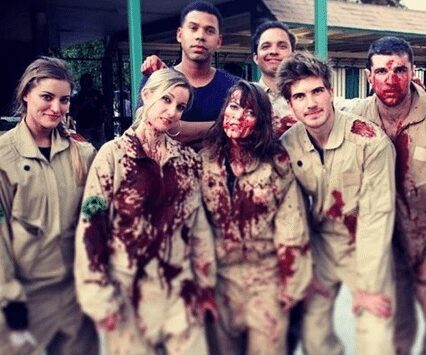 “Fight of the Living Dead,” an upcoming zombie/reality-competition mashup starring a bunch of top YouTube stars, has been acquired by Cinedigm, which will launch the show as the first original series for its upcoming digital channel Con TV.

In February, Cinedigm announced that it was partnering with Comic-Con organizer Wizard World on a direct-to-consumer streaming channel geared toward geeks and pop culture fans. The channel will offer an array of sci-fi, horror, fantasy, action, adventure, gamer, anime, animation, and comedy content from Cinedigm’s library of 52,000 films and TV episodes.

Cinedigm said it would also actively acquire new films, series, and other original programming for the channel.

Con TV, which is set to go live by the end of the year, will be available on both a free/ad-supported and subscription basis. The latter option will give viewers exclusive access to events, panels, talent, and other content from Wizard World-produced Comic-Cons, which doesn’t include the one in San Diego.

Long known as a distributor of feature films and TV shows, Cinedigm has recently moved to deliver its library of content via genre-based direct-to-consumer digital channels. The company has already launched Docurama, for documentary and non-fiction programming, and also announced the Dove Movie Channel, for family-friendly content.

In charge of all of this is Erick Opeka, who was promoted to EVP of digital networks in June.