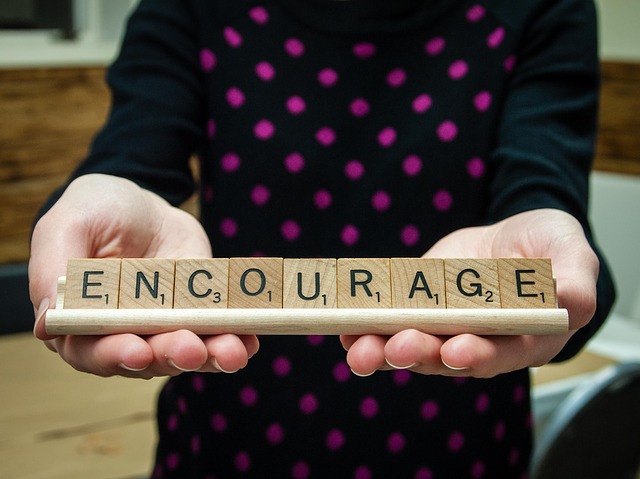 The famous country and western singer, Dolly Parton came through many trials in her life; one of her encouragement quotes struck a chord with me. With these words, she bestows hope and hope is a key part of encouragement: “If you don’t like the road you’re walking, start paving another one.”

The Cambridge dictionary defines encouragement as:

Words or behavior that give someone confidence to do something.

Other dictionaries define encouragement as, “The action of giving someone support, confidence, or hope”.

Throughout history, nations have looked toward their leaders to offer encouraging words or deeds. Winston Churchill, who was UK Prime Minister during the Second World War was a great example of a leader who could encourage a nation. As a winner of the Nobel prize in literature, Churchill was a great orator who stirred a nation to rise and eventually help win the war in 1945. His encouraging speeches are still quoted today. The following quote is just as valid today:

Encouragement is something that we all can benefit from, either from our loved ones, from our friends, or from an authority on the task in question. We put our trust in that person’s words or deeds so it helps if the person is someone we have complete trust in. Take for example the baby elephant who is cajoled by his Mother to take his first swim. That elephant will finally take the plunge because he has complete trust in his mother. It is the endless task of leaders and politicians to earn our trust so we can be encouraged by their words and actions.

See also  Speech on Having a Positive Attitude in Life

Mahatma  Gandhi was considered one of the best orators of his era for his ability to encourage the population. The Quit India speech made by Gandhi on August 8, 1942 called for a determined but peaceful resistance against Britain’s continued occupation of the country. As his actions spurred a nation into action people put more and more trust into him and saw through him the hope (which is an important part of encouragement). Today his quotes are as widely used as ever. The following quote hits a perfect note of encouragement:

As human beings, we are sociable animals and therefore sometimes feel the urge to connect with others and sometimes seek encouragement. I am sure everyone here can remember a time when they were encouraged to do something by their peers or family. Even a complete stranger may have boosted our hopes with some words of advice.

Think back to your own childhood; school life is a good juncture to begin to remember acts of encouragement. Maybe a good sports coach gave you the pep talk along with your teammates and said you were a good player or could be a good player if you performed to the best of your abilities. Perhaps a teacher gave you hope that if you persisted you would learn to read and write. Acts of encouragement could even be so small as a friend giving you a small coin and saying, “Add that to your money and you’ll get an extra piece of fish for lunch.” So as you see acts of encouragement deal sometimes with very important issues but also come in very small moments.

See also  Speech on the Importance of Education

In his book Social Intelligence: The New Science of Human Relationships, science journalist, Daniel Goleman explains that heightened prefrontal activity, which is associated with positive emotions, enhances mental abilities such as “creative thinking, cognitive flexibility, and the processing of information.” The left prefrontal area of our brains, which lights up with activity when we’re in a positive mood, is also associated with reminding us of the good feelings we’ll have when we reach a long-term goal.

That begs the question, do we need encouragement? While we may not require encouragement to function normally, a little bit of encouragement can actually help us go a long way. Encouragement and hope put people in positive moods and therefore is a vital tool in our progression and everyday life.

There are several examples of how just mere encouragement served as a potential boost, enabling the recipient to even outperform his or her own best performance. One such star is Susan Boyle who at 47 participated in singing events where others mocked her instead of judging her ability to sing.

Her mother encouraged her to audition for Britain’s Got Talent. She was doubtful because she believed people were being chosen for their looks.

Through the constant persuasion of her former coach, she took the courage to try as a tribute to her mother. She received a standing ovation and won the competition. She said afterward:

“There are enough people in the world who are going to write you off. You don’t need to do that to yourself.”

Encouragement is viewed by most psychologists as a positive emotion and one that can help propel a person to perform to the best of their abilities. But if you were to look closer, you will find that encouragement neatly ties in with one’s own need for self-validation and the fact that we are always on the lookout for more validation from our peers.

Does this indicate that confident, self-assured people who often do not require validation are immune to encouragement? No matter how self-assured the individual seems to be, encouragement or for that matter, any positive emotion will always have an effect on them.

I hope you enjoyed this short speech on encouragement. Remember that hope and support often go hand in hand, and it is the act of encouragement that breeds success.

Speech on Violence
Speech on Humanity
To Top