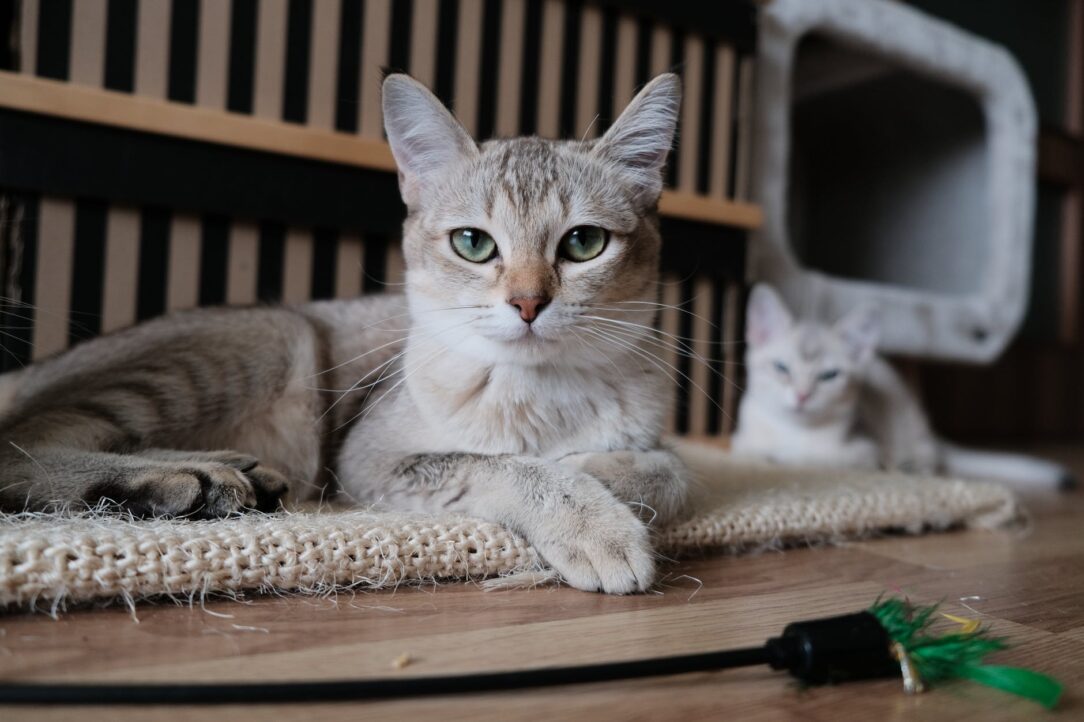 Cats are among some of the most graceful animals on this planet, besides getting a rep as fickle and high maintenance. Would it surprise you to know that man had long kept and worshipped cats? The earliest ancestors of modern-day domestic cats spread from southwest Asia to Europe approximately 6500 years ago.

According to National  Geographic:

The cats likely started hanging around farming communities in the Fertile Crescent about 8,000 years ago, where they settled into a mutually beneficial relationship as humans’ rodent patrol.

While humankind began to develop large farming communities, cats followed the rats and mice. It’s well known ancient Egyptians kept cats as many cat mummies have been found in tombs. The second line of African cats that inhabited Egypt, spread into the Mediterranean and most of the Old World beginning around 1500 B.C.

No other domesticated pet comes close to the cat when it comes to reflexes, their ability to hunt, and often sometimes their utter disdain for their owners. Yes, it is true that ancient Egyptians considered the cat as one of the avatars of their gods and, the cat becomes a revered animal in all of Egypt for thousands of years.

“Out of the Shadows, the Wildcats You’ve Never Seen,” co-authored by Claudio Ottoni of the University of Leuven reveals that in a DNA study cats have barely changed for thousands of years and the only difference with wild cats is the ‘tabby’ coat.

So what is it that enables us to form so close a bond with self-centered felines? Well, apart from the fact that cats are cute, which they are even more like kittens, you can’t help thinking nature has adorned them this way, with wide pupils to play on the soft side of human nature. there is their innate ability to hunt down all vermin, irrespective of the size involved. They would have been a great asset to the ships and navy’s exploring the world. This is the reason why most societies all across the world, valued cats so much because they were such good mousers.

If you happen to have a cat as a pet, then there are a few things that you may want to know – from the fact that when your cat swishes his tail from side to side, that means he is irritated. And when he rubs across your legs, which means he is essentially marking his property, that’s you. Yes, cats rarely view themselves as pets and come and go as they please.  Also if your cat licks your arm or finger, that means he is letting you know that he likes you. Maintaining a cat is easier said than done especially if you happen to reside in a city.  You cannot keep your door open all day long, and you will have to regularly change the kitty litter box. This site tells you about easy to clean litter boxes. And cats can be quite finicky about what they put in their mouth so before you rush off to some expensive cat food you may want to first purchase a few small samples and see which one he or she favors the most.

Cats are able to provide millions of pet owners with the companionship they need and today, the cat-human bond has taken on new shape and form to the effect that some pet owners have started dressing their cat in people’s clothes. Sure, they look funny and the overall image is charming but as to whether the cat in question really loves his new man clothes is something else altogether. Please remember not to be cruel and distress the cat.

A cat can pick up fleas, develop serious health conditions, and may even ingest something that is toxic to him. This is why it is important that you take him in for regular checkups and shots at your vet’s. He should be able to identify the issue and give him the right treatment. So the next time you are thinking of buying or adopting a cat, please remember that this requires a long-term commitment on your part and you would be required to provide the long term care that your pet requires.

Speech on Cricket
Speech on Animal Cruelty
To Top