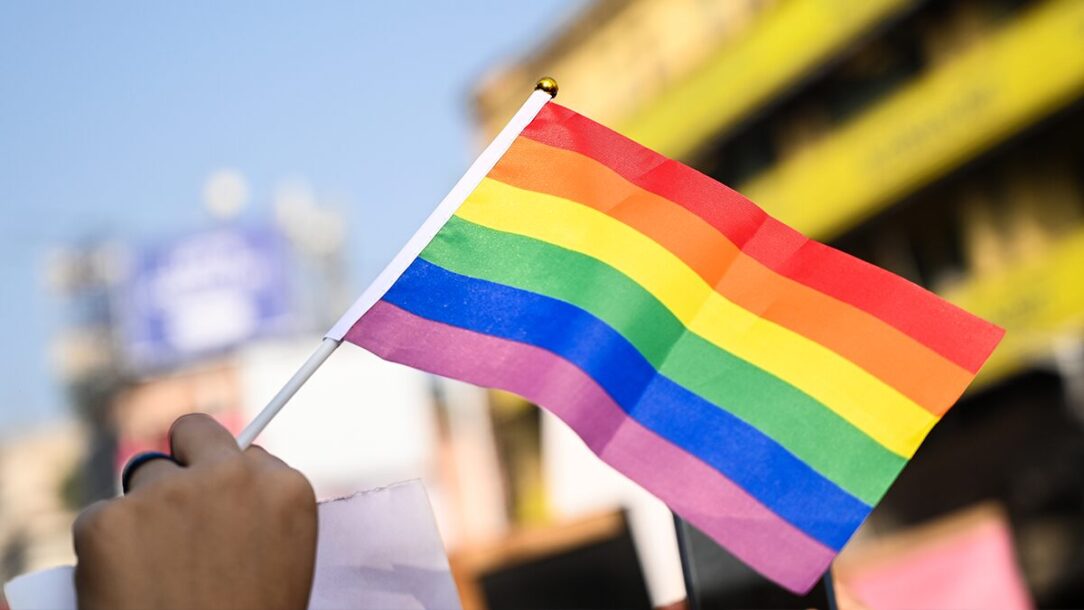 LGBT may not be an acronym that most of you are familiar with but it actually stands for lesbian, gay, bisexual and/or transgender. More advanced and educated nations, through education, learn to respect differences, be they in skin color, country of origin, or sexual orientation. Gay people are not doing harm to straight people through their sexuality.

The LGBT community use rainbow colors to indicate their way of life.

A speech on LGBT issues

The history of LGBT goes back to the dawn of humans and there have been many important, heroic LGBT people in the history of the world and many that have been persecuted. Second world war hero, Alan Turing broke the German secret code which was thought to be unbreakable. The computer scientist was the father of the modern computer and saved tens of thousands of lives. Unashamedly gay, he committed suicide after being convicted of homosexual acts. These were still illegal in 1945. Britain awarded him a royal pardon (posthumously) in 2013 and many people nowadays feel ashamed a hero was persecuted for being gay.

There are still countries that punish the LGBT community in the name of religion or tradition.

History is peppered with famous couples, famous for their LGBT relationships, from Alexander and Hephaestion, Oscar Wilde and Lord Alfred Douglas, Greta Garbo and Mercedes de Acosta, and many more. While Alexander the Great and Romans were accepting of eunuchs (castrated men).

The question remains in the face of discrimination why do some communities find it hard to accept LGBT relationships more than others? To some, their opposition is more of a matter of faith as for others they view these types of relationships or lifestyles as abnormal.

Nature is filled with examples of gay animals, from swans to dolphins. It would be only logical that if these cases exist in the animal world the same phenomena would happen in the human race. And educated people understand that there is no choice in gay preference. A person does not choose to be gay or straight. This brings us back to the question, of sexual preferences and whether it is time that as a society we stopped discriminating against others as a result of these preferences. Essentially, humans have the freedom of will and can make the choice that can be exercised. The LGTB society is not harming others. And criminal laws of educated states are made to punish those who inflict harm on others.

Who are we to deny the LGTB society the right to happiness. After all, under the skin, bone, muscle, and wigs (excuse the pun) we are all the same and there is no reason for us to deny others the same freedom and rights everyone else enjoys – the right to happiness as long as we’re not hurting others. Can you imagine having your choices being monitored round the clock or being discriminated against?  Some countries still behave in this manner. The result: some members of the LGTB community feel persecuted and face issues of suicide.

It is time that the world awoke and helped the LGTB community to be accepted. If you know someone from this community reassures them they are your brother or sister and there are more important things in life than worrying about sexuality or a transgender way of life.

Speech on Gender Inequality
Speech on Agriculture
To Top