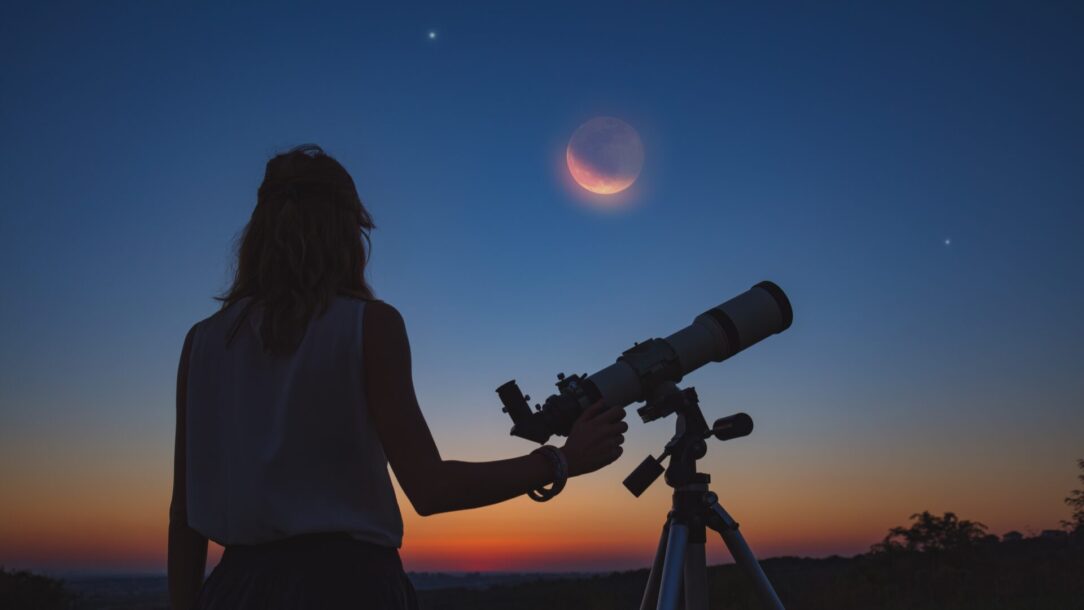 With the ambitious plans of space pioneers such as Elon Musk, the frontiers of space are making headlines again. SpaceX has captured our imaginations and the hope of putting a man on Mars could be achieved in many of our lifetimes. This brings the subject of astronomy into our thoughts. Without knowledge of astronomy dreams of space travel would be irrelevant.

Astronomy, it has been said, is the oldest and the noblest of the sciences. However, it is one of the few sciences for which most present-day educators seem to find hardly if any, a room in their curriculum of study for the young, in spite of its high educational and important value.

It is, we are told, too abstract a subject for the youthful student without much relevance in gaining everyday life skills. This is perhaps true of theoretical or mathematical astronomy and the practical astronomy of the navigator, surveyor and engineer, but it is not true of general, descriptive astronomy. There are many different aspects of this vast science, and some of the simplest and greatest truths of astronomy can be grasped by the interested child of any age, and as we grow more information can be absorbed. 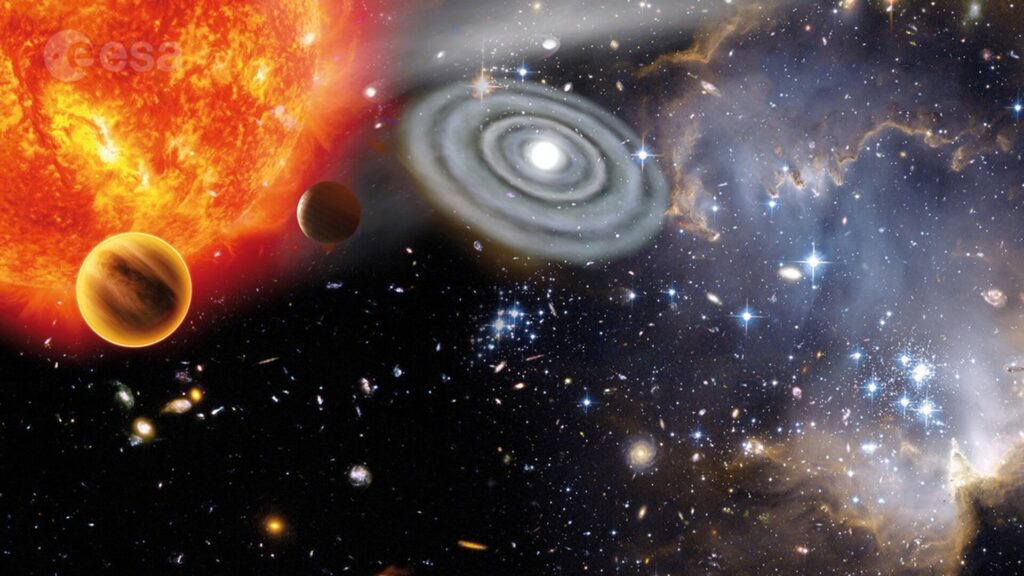 Knowledge of the sun, moon, stars and planets, their motions and their physical features, is an interesting and important education as they are as truly a part of nature as are the birds, trees and flowers, and the man, woman or child who lives beneath the star-lit heavens.

The beauties of the universe of which we are a part if ignored are like the experience of one who walks through fields or forests with no thought of the beauties of nature that surrounds them.

It can be a simple matter simple task to become acquainted with the various groups of stars as they cross our meridian (south or north), one by one, day after day and month after month in the same routine.

When the sparrow returns once more to nest in the same woods in the springtime, Leo and Virgo may be seen rising above the eastern horizon in the early evening hours. When the ponds freeze in the late autumn and the birds have gone southward the belt of Orion appears in the east and Cygnus dips low in the west. When we once come to know brilliant blue-white Vega, ruddy Arcturus, golden Capella and sparkling Sirius we watch for them to return each in its proper season and welcome them like revisiting acquaintances.

Stars of the Zodiac – Astronomy for Students

We should consider for a moment the constellations are all continually shifting westward as the stars and the moon and the planets as well as the sunrise daily in the east and set in the west. This is due to the fact that the earth is turning in the opposite direction on its axis.

In twenty-four hours the earth turns completely around with respect to the heavens or through an angle of 360°. 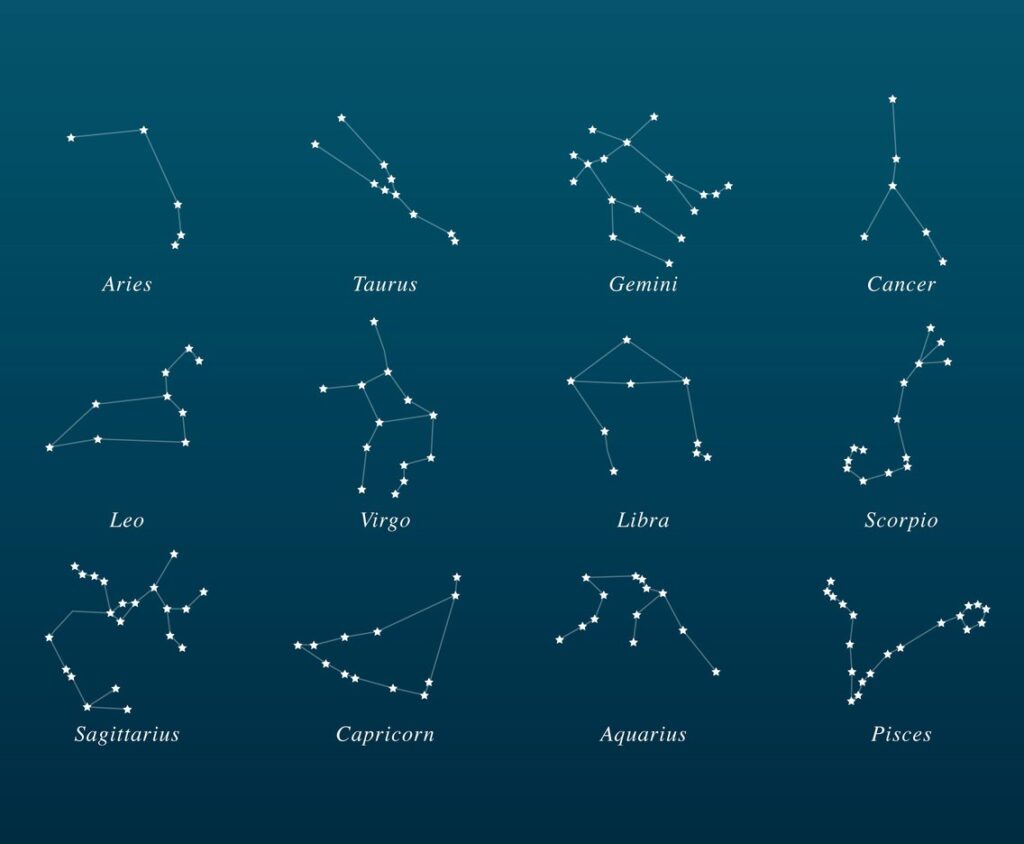 Zodiacal constellations are Aries, Taurus, Gemini, Cancer, Leo, Virgo, Libra, Scorpio, Sagittarius, Capricornus, Aquarius and Pisces. With the exception of Libra, the Scales, all of these constellations are named for people or animals and the word zodiac is derived from the Greek word meaning “of animals.”

Our sun is but a star-traveling through the universe. It is accompanied in its journey to unknown parts of space, that lies in the general direction of the constellation Hercules, by an extensive family of minor bodies consisting of the eight planets and their encircling moons, one thousand or more asteroids, numerous comets, and meteors without number, all moving in prescribed paths around their king: the sun.

The most important members of the sun’s family are the planets, Mercury, Venus, Earth, Mars, Jupiter, Saturn, Uranus and Neptune, named in the order of their position outward from the sun.

The gravitational control of the sun extends far beyond the orbit of Neptune and there are reasons for believing in the existence of at least one or two additional planets on the outskirts of the solar system. however, there are thought to be a billion, billion planets in the universe.

Related Items:Astronomy for Students, Speech on Astronomy, Stars of the Zodiac

Speech on Importance of Sleep
Speech on Climate Change
To Top