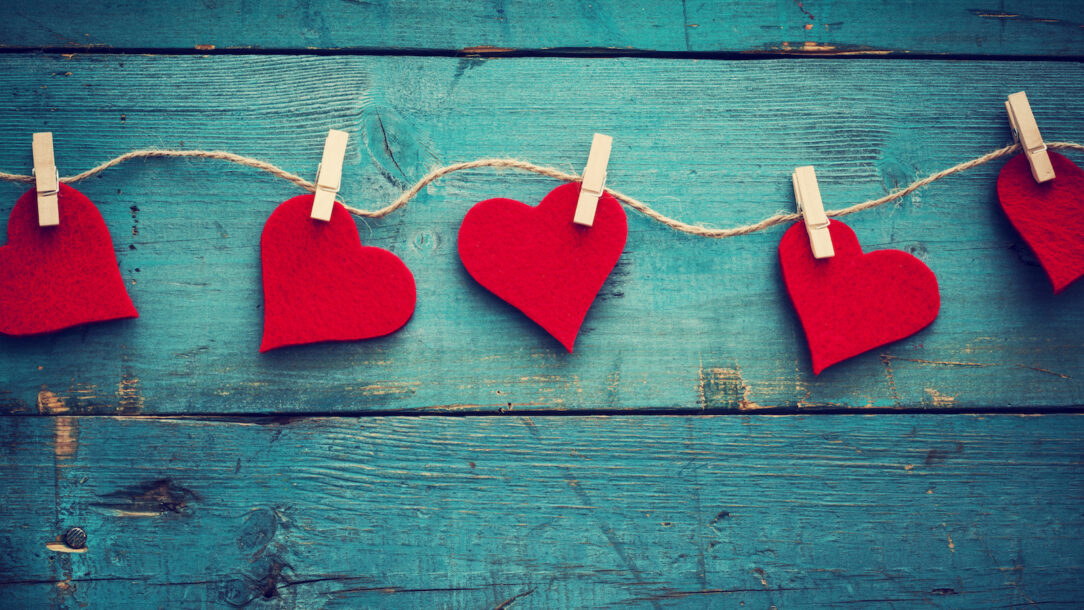 Valentine’s Day is a time of optimism when single people search for a soulmate and people all around the world express their love to loved ones. Here is a speech about Valentine’s day. The Cambridge dictionary firstly defines Valentine’s day as,

“February 14 th, when people give small presents, chocolate candy, flowers, or cards to someone they admire or love.”

It goes on to say something different, namely:

“February 14, a day when it is traditional to send a card, often anonymously, to a person one is romantically involved with or attracted to.”

Then we are to believe the tradition on valentine’s day is somewhat confused for we can gift a gift to a loved one who may be a family member, a friend, or a lover though card giving is only for those we are ‘romantically involved with or attracted to’.
According to Britannica Encyclopedia, “The holiday has origins in the Roman festival of Lupercalia, held in mid-February. It involved animal sacrifices in attempts to ward off evil spirits and infertility. The details are more mischievous. It was apparently a drunken festival that involved hitting women with the hide of a sacrificial goat in the hope of increasing their fertility. The festival, which celebrated the coming of spring, included fertility rites and the pairing off of women with men by lottery.” The journal adds, it “came to be celebrated as a day of romance from about the 14 the century.”

No-one has managed to pinpoint the exact origins of the festival but investigations and rumor gravitate to ancient Rome.

Legend has it St Valentine was a Roman priest who performed weddings in secret for desperate couples. After Emperor Claudius declared single men were more proficient soldiers, marriage for young men was banned. But once Claudius discovered the secret weddings, St Valentine was beheaded on February 14. Bruce Forbes, a professor of religious studies, says the varying legends of St Valentine are so similar to one another, the tales may be about the same man.

Academics believe the first instance of Valentine’s Day occurred in the 14 th century thanks to famous English poet Geoffrey Chaucer. In his poem Parliament of Fowls, Chaucer referenced St Valentine and a series of romantic positive highlights that eventually became popular throughout Europe.

As the years went on, the holiday grew more rose-tinted. Chaucer and Shakespeare romanticized it in their work, and its celebration became widespread throughout Britain and most of Europe. Handmade paper cards became the standard mark of affection in the Middle Ages.

“My bounty is as boundless as the sea, My love as deep; the more I give to thee, The more I have, for both are infinite.– William Shakespeare

The tradition ballooned in popularity when postal infrastructure improved in the mid 19 century. The English penny post made sending romantic notes possible meaning traditionally reserved Victorians were free to express ‘unchristian’ like sentiments with what the London Review called “scandalous productions, vilely drawn, wretchedly engraved, and hastily dabbed over with staring colors.”

Eventually, the tradition made its way to North America. The industrial revolution invented factory-made cards in the 19 th century. February had been changed forever. In 1913, Hallmark Cards of Kansas City, Mo., began mass-producing Valentine cards. In 1868 Cadbury was the first to put chocolates in heart-shaped boxes.

Today, the holiday is a money maker. Partners will rush out and buy endearing presents from jewelry to perfumes to surprise their dates or loved ones. The typical hotel rate on Valentine’s Day is 25 percent more than it is on the same day just one week before. According to market research firm IBIS World, Valentine’s Day sales In 2019 U.S, Valentine’s Day shoppers set new spending records. They added $20.7 billion to the economy, according to the U.S National Retail Federation.

“Hearts will never be practical until they are made unbreakable.” ~ Wizard of Oz

Another praiseworthy quote is by Lord Byron: “Love will find a way through paths where wolves fear to prey.”

One reason could be national demographics. The proportion of older people continues to get larger, and they are less likely to celebrate the holiday. Younger people, who still try to impress potential mates, join in more than older, more settled people.

More people shopped for less expensive gifts, proving the old saying that it’s the thought that counts. Here are the top five gifts…

How do different nations celebrate Valentine’s Day?
While Americans give red roses, young Danes celebrate Valentine’s Day with white flowers called “snowdrops.” They give flowers to both friends and lovers. In Britain, people send anonymous valentine cards to people they have a crush on.
In Brazil, the massive Carnival celebration overshadows Valentine’s Day.  Brazil marks a similar day later in the year, on June 12. The holiday is called Dia dos Namorados, or Lovers’ Day.
The Philippines celebrates Valentine’s Day very seriously with large group weddings.  The giving of flowers and presents is a traditional aspect of Valentine’s Day in Italy, while chocolate – cioccolato – also plays a primary part in celebrations.
Nigerians participate in different kinds of activities related to Valentine’s Day. The cooking of special meals, making of crafts and cards and they decorate the inside as well as the outside of homes with decorative items.
In China Western Valentine’s Day is widely celebrated in towns and cities, where there are a lot of commercial events, especially in big cities like Shanghai, Hong Kong, Beijing, and Guangzhou. Valentine’s Day is not so popular in small towns and the countryside. Chocolates and cards are sent as in the West. However, the Double Seventh Festival (Qixi Festival) is seen as their original Valentine’s day. Also known as a Chinese Valentine’s Day, it’s based on a romantic legend about a weaver girl and an ox herd. It falls on the 7 the day of the 7t h Chinese lunar month. In 2020 that’s August 25 (Tuesday).

Speech on Stop Bullying
Speech on Religious Tolerance
To Top