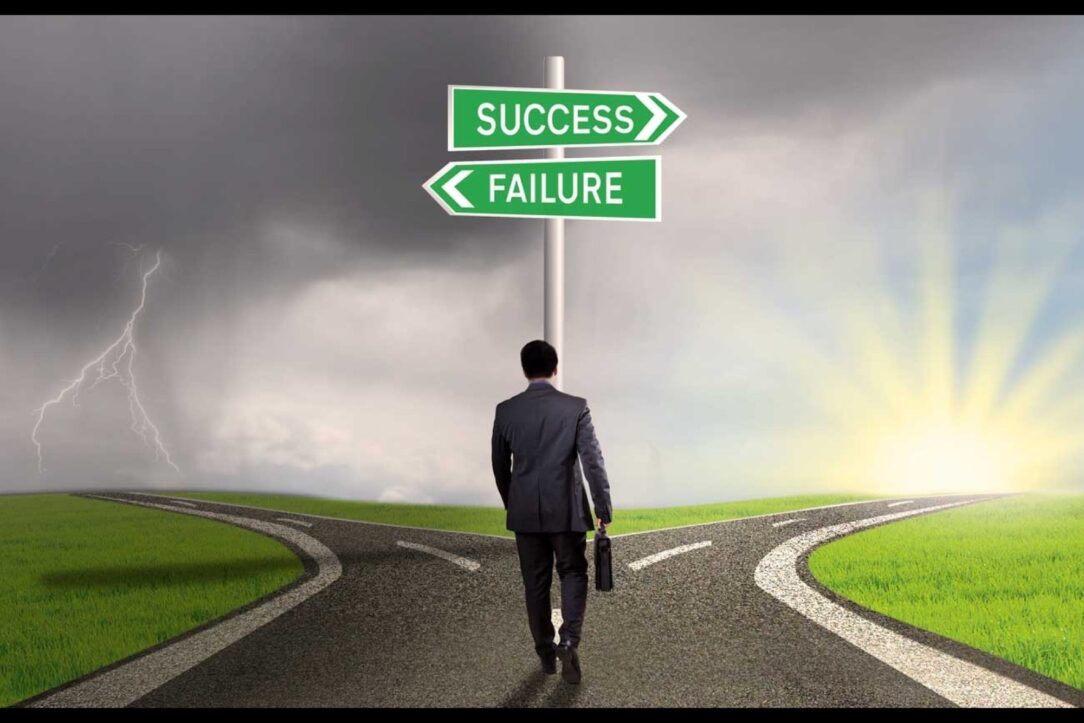 Failure is something that we all encounter at some stage of our lives – some more often than others. I am sure that you have all heard the common saying about how failures are a stepping stone to success. Irrespective of the pithy nature of that saying, that happens to be the reality as well for many a ‘rags to riches’ story has years of failure and abject poverty underwriting the success saga.

Even a random perusal of our history should make this evident as well; there are many cases where faced with constant failure on many fronts and despite repeated losses, a lesser man than Julius Caesar would have given up. But instead, he saw his failures as opportunities and used the same to grab the seat of power in Rome and declared himself dictator for life. Napoleon Bonaparte was another such individual whose actions continue to reverberate to this day.

This brings us back to failure and what we experience when we face it. When faced with certain failure, we often head into a deep flunk – call it depression and soon, we overcome the same and resume our normal lives or close to it anyway. The problem though is that unless we learn from our failures, we are doomed to repeat it. Just as those who indulge in procrastination, often wait endlessly for that ‘tomorrow’, unless we analyze our failures, comprehend what went wrong, and take effective actions to prevent the same from happening; we are bound to repeat the same mistake, in any activity.

While on one hand, analyzing your failures allows you to better understand the factors behind your failure and prevent the same from happening, you are essentially conditioning your brain to recognize the warning signs so that you can tweak your strategies accordingly. Whether it is a relationship or a job, you are bound to repeat the same mistakes – in essence, we are all creatures of habit and unless you break the vicious cycle once and forever, you will be doomed to repeat your mistakes.

Did you know that your brain is hardwired to succeed more so than it is to failure? In effect, each time you succeed at something, your brain releases dopamine and testosterone which causes you to experience the feel-good factor. And constant success can actually alter your brain chemistry itself, thereby making you smarter and better performing, in the process. But when faced with failure, your brain treats this as unusual and as a result, you often experience the early onset of depression. It can cause you a while to bring you out of your depression but unless you really understand the real reasons behind your failure, you are bound to repeat the same.

You could argue that it is our failure that keeps us rooted and makes us more human in the process and to a certain extent, that’s true. When faced with a real failure, we often evaluate all our relationships and introspect deeply – it Is this act that enables us to get in touch with our humanity and enables us to seek solace in the form of personal relationships.

Speech 2.  All of us have Failed Before

All of us have failed at something at some time in our lifetimes. Failures can be to do with minor issues which have  few if any consequences or failures can apply to major issues and have widespread effects. Failure is, ‘a lack of success in doing something.’

“Success is not final, failure is not fatal: it is the courage to continue that counts.” – Winston Churchill.

These words are wise. The child who fails to correctly tie his or her shoelaces tries again and again. Lessons are learned from the failed attempts and the child perseveres until the bow is tied and failure is forgotten. The goal was worth the lessons in failure. This pattern continues for the rest of our lives. To achieve a goal often we fail. The old saying, ‘at first if we don’t succeed, try try again,’ is very true when we want to overcome failure.

Sometimes, it can feel like we can never overcome our failures. When we have tried over and over again it is time to seek advice from someone successful at the job in hand. A good example is a Math’s exam. If I am continually failing I must go through a logical check list. Do I have notes on all the important areas that explain everything clearly? Do I understand how each calculation works? Am I prepared and do I have time to memorize information to my fullest potential? If I do not have the first two questions checked I would need to see my Maths teacher and ask for advice or I would need to acquire the right text books.

When humankind’s tasks become more complex with much higher risks the attention to detail to prevent failure can be breathtaking.  The National Aeronautics and Space Administration, or commonly known as NASA has great responsibility, being in control of U.S. science and technology. NASA does many things, mostly from space. It studies the solar system, makes satellites and sends probes into space. From its start in 1958 NASA has pushed for human space flight. With that type of responsibility incredible amount of hours go into checking that systems and parts won’t fail before humans set foot in the space crafts. A study found that NASA creates 8,400 jobs and generates $1.3 billion in annual economic activity. Unfortunately, failures have happened in the history of space flight. In the same way failures happened when humankind first set sail to the Americas in the 1600 s.

There’s a silly notion that failure’s not an option at NASA. Failure is an option here. If things are not failing, you are not innovating enough.

These wise words were spoken by Elon Musk, founder of Space X and Tesla Motors. With regards to Musk’s words failure can be seen as a positive step if we learn from our failures and that they are just part of a path toward our final goal.

Life can sometimes find a way to kick us. With some life events there is no turning round a failure. We are best advised to pinch our nose under the stinky waters and learn from the experience. I speak with regards to events such as failed relationships or bereavements for people medicine could not heal and we can do nothing about.

Perhaps, after countless hours our businesses have shown not a glimmer of success and we feel we have to get out. The point of failure is we try, try and try again to reach our goals. When our business fails we should take a breath and think over the enjoyable experiences of trying to make it work and appreciate what we learned in the process.

When we have failed an exam we put so much time into trying to pass, we should think about what we did learn and what we did gain from the learning experience.

The father of the car assembly line, Henry Ford is attributed to some sage words which are just as relevant today as they were at the turn of the last century: “Failure is simply the opportunity to begin again, this time more intelligently.”

Actor Kevin Bacon, said some wise words when it comes to failure:

“Part of being a man is learning to take responsibility for your successes and for your failures. You can’t go blaming others or being jealous. Seeing somebody else’s success as your failure is a cancerous way to live.”

Farewell Speech to Colleagues
Speech on Fear
To Top