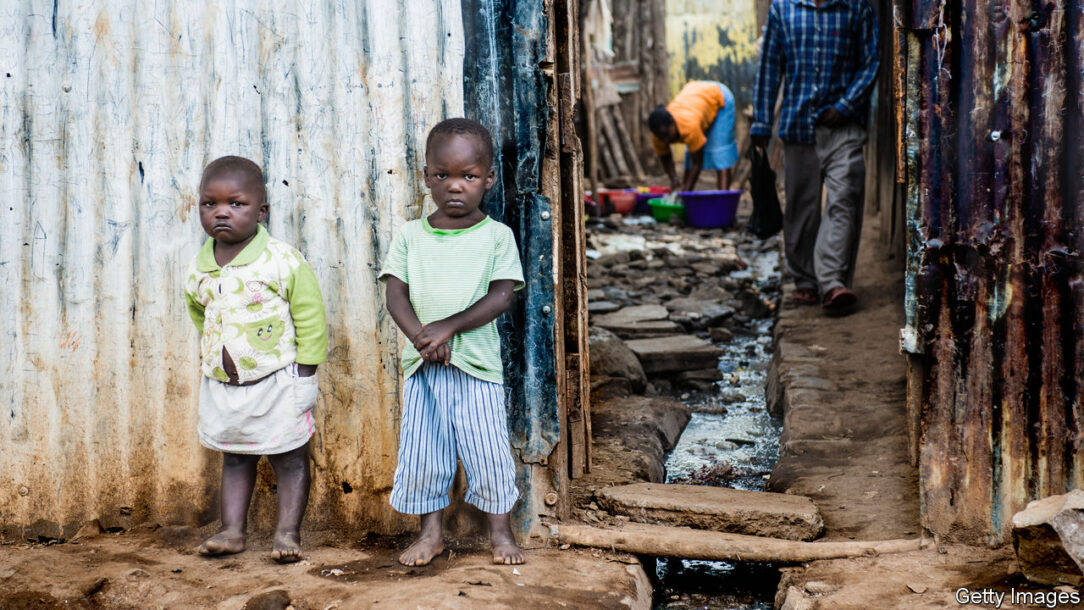 Poverty is a ubiquitous issue facing most developing nations today and the developed world as well.

According to the UN, nearly half of the world’s current population, that’s nearly 3 billion people live on less than $2.5 a day. Their access to basic facilities, which we often take for granted, is either limited or non-existent. For example,  it is often taken for granted, in the developed world, that all humans have access to basic facilities, including healthcare and clean water but the poor in third world countries often exist without them or with a diluted version.

Exasperating the issue, they often fail to have good quality food which often results in them developing health issues that increase their dependence on those residual facilities. Furthermore, since those belonging to the poorest societies cannot afford to live under sanitary conditions, this complicates the issue, by exposing their weakened immune system to various diseases.

A short speech on poverty affecting the third world and developing nations.

Malnutrition and weak immune systems further compromise their health, often resulting in early deaths. The fact remains that we as a society have not been aware enough of the ravages of poverty locally and globally. Many of us think  as a society we have grown morally and have evolved further. The stark facts are there’s more we can do to address this particular issue which has often led to devastating results in developing nations, sometimes, even resulting in crises such as famine and disease.

Most people tend to think of poverty in terms of money than the ‘quality of life’. They often fail to realize that giving a poor person money may be of help temporarily but it would  be much better to teach him or her a new skill, by which they can improve the quality of their life in a sustainable way. It is indeed distressing to note that as we become more ‘advanced’, we seem not to pay enough heed to the issues those who live below the poverty line face and that they face on a daily basis.

Furthermore, as recent riots in mainland China broke out it shows the increase in disparity between those who are better off and those who have next to nothing. While economies need to be developed, so as to provide financial stability for citizens, they should be molded to benefit all people instead of just a select few. Nations such as India are now pushing forward to give all their citizens health care, including the poorest.

India has a fair share of the world’s poor so is developing a universal health scheme. Problems are rife with such a giant roll out. While the details are still being worked out on the largest health plan in the world, the fact remains that the poor who do not have access to the most basic of facilities may not even have ID cards or cannot be registered to access the service. The government of the day has been made aware of this issue so that this health plan will become effective in what one hopes is the first step in many to address the issue of poverty and to provide benefits to all.

Asia has achieved great economic progress in the last few decades. Despite this, it is home to nearly half of the world’s poorest people. It’s an issue of great importance. According to World Bank’s report in 2018, of the 783 million very poor who live below the poverty line of US$1.9  each day, about 33% live in South Asia and 9% live in Pacific Asia and East Asia. The new growing, urban poor is an alarming new statistic as many heads to the cities.

According to a 1999 UNICEF report received by the NGO Friends, which works with street children, there were 20,000 homeless in Phnom Penh in the 90’s. The Kalab Bei training program, sponsored by UNICEF offers free courses in agriculture, sewing, weaving, dessert-making and bicycle maintenance and gives each worker $30 to start their own business. It has helped push down homeless figures. With rapid investment and growth of the city the numbers are coming down but a recent report in World Population Review stated there are a large number of inhabitants living in slums, with counts topping 105,000.

Many African countries are investing in new hospitals. While Botswana has recently invested considerably in building hospitals around the country which has created greater access to health care services, the organization and governance of the hospital system, and inadequate finances limit service delivery.

US AID/Senegal works with the Government of Senegal to put better quality health services within reach of a growing proportion of the population. They are helping with the expansion of a universal health insurance program based on existing Senegalese community health organizations. Mortality rates and provision of care are needed to fight maternal and infant deaths, infectious diseases. So, while steps are in place to improve healthcare, more can be done.

According to the Borgen Project, in Ethiopia, there is a great need for proper health care. The disease is responsible for 74 percent of deaths.  The conditions that are most responsible for deaths include malaria, acute respiratory infections, a lack of good food, diarrhea, and HIV/AIDS. In 2009, there were 1.1 million cases of HIV/AIDS reported and approximately 1.7 million cases of malaria reported which is hard to fathom in this century. Today,  the government claims that with the estimate of 85 percent of the rural population not having access to health care, the biggest problem is the lack of surgeons available in the public sector.

The figures and depths of neediness in the poorest regions are hard to imagine for affluent westerners, though the internet and YouTube are playing an important role of bringing their plight to the fore of people’s minds. What can we do to help? We can take action by giving donations to organizations like US Aid and the Borgen project, https://borgenproject.org

Speech on Child Labor
Speech on Hate
To Top