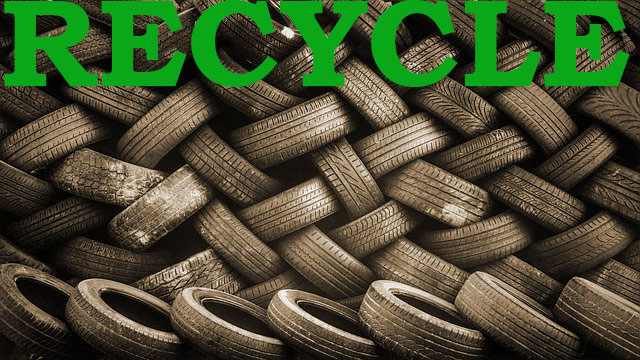 Recycling has many benefits. “The activity of treating materials or products using a special industrial process so that they can be used again,” as The Cambridge Dictionary defines recycling, helps waste management by saving valuable space in landfills. Close to 8 million tons of un-recycled plastic garbage ends up in the oceans which harms marine life. Recycling helps protect the environment. It also helps pay salaries, creates jobs, pays millions in tax, helping local councils pay for social services and other important tasks.

Recycling plastic helps with energy saving. If you can eliminate a link of production from material extraction to paying for disposal energy has been saved. Consolidated Resources clams:

recycling a ton of plastic saves energy equal to 5.774 kWh. That’s equivalent to the energy consumed by two human beings for a year.

A large amount of petroleum goes into making plastics. The facts are indeed staggering. Recycling a ton of plastic saves energy equal to 5.774 kWh. ‘That’s equivalent to the energy consumed by two human beings for a year.’

It  is common knowledge that plastic is harmful to the environment and that’s why we either need to migrate to a healthier alternative or move towards a more reasonable solution and recycle all forms of plastic regularly. It is essential that we separate our trash and recycle regularly; doing so should prevent these materials from going to waste and ending up in the middle of the plastic island in the middle of the Pacific that’s as large as Africa today.The Great Pacific garbage patch is the size of two Texas states, and is estimated to contain around 80,000 tons of plastic, consisting of 180 trillion pieces of waste, mostly micro-plastics, which pose a great threat to marine life. Fish are confused by the size and color of micro-plastic pieces, causing malnutrition. Larger pieces of plastic, especially fish nets, and pose a great risk of entanglement and strangulation from which sea turtles suffer the most.

Recycling glass is one of the many ways we can help reduce waste and pollution. All households generate glass garbage. If we recycle glass there are many benefits. A key advantage is recycled glass saves energy.  Compared with making glass from raw materials for the first time, cullet melts at a lower temperature. According to the World Wildlife Fund:

Think about this for a moment, on an average we generate about 4.3 pounds of waste each day and that’s for a single person. Now take into consideration our entire population and also factor in the rate of population growth and now calculate the total amount of trash generated by us every single day. You can see why trash is fast becoming a real crisis and one that we need to tackle right away. Recycling half or more of this generated waste should help us to streamline the process of trash removal so that we can focus on eliminating waste altogether. The crisis level could be reached this century as global waste seeps into the oceans.  National Geographic claims, ‘The prediction that by mid-century, the oceans will contain more plastic waste than fish, ton for ton, has become one of the most-quoted statistics and a rallying cry to do something about it.’

A new report by Shouta Nakayama from Hokkaido University, Japan claims: ‘Plastic pollution can build up in the bodies of seabirds, adding to the threats they face in the wild. Researchers fed plastic pellets to nesting chicks to look at the direct effects of plastic exposure. They found chemicals from plastic ended up in the birds’ liver and fatty tissues at levels thousands of times higher than normal’.

So the next time you are about to throw out your trash, you may want to check it and remove organic waste and store the items separately. Remember, recycling glass saves space in unwanted landfills, uses less fuel to make. Concentrate on the stuff that you can recycle such as cardboard, paper, plastic, glass bottles etc and store them for disposal separately. Check with your local community if there is a recycling point where you can drop the waste that needs to be recycled – there should be one in your neighborhood. More developed nations now make recycling compulsory. It’s time to pressure politicians if your city or town doesn’t offer recycling services. Please remember that every time you recycle, you are doing a good service to both preserve and protect the environment.

This speech covers municipal waste topics. it’s important to note that municipal waste refers to household and commercial waste and accounts for just 10% of the total waste we produce worldwide. Other types of waste include agricultural wastes, medical waste, industrial wastes and radioactive waste or sewage sludge.

The  journal Science Advances, in 2019 made the first global analysis of all plastics ever made. Of the ‘8.3 billion metric tons that has been produced, 6.3 billion metric tons has become plastic waste’. It takes over 400 years for plastic to degrade. Only 9% of that waste has been recycled. All that plastic is accumulating in land fills or lies scattered around oceans and land habitats. The study’s, lead author said part of the problem is were making more each year and it’s mostly expected to be trash within a year unlike metals which are usually expected to have a shelf life of a decade at least.

According to National Geographic The United States is listed behind Europe (30 percent) and China (25 percent) in recycling. Recycling in the U.S. has remained at 9% since 2012. However, China accounts for 28 percent of global resin and 68 percent of acrylic fibers and polyester polyamide found in plastics.

Different countries have varied records when it comes to recycling. The plastic bottle recycling rate in the UK is about 45%, which is much lower than the 90+% rate from the likes of Germany and Sweden, according to Friends of The Earth. The UK’s overall recycling rates for everyday waste are still below the EU target of 50%. They claim, “We hope the government plan for a bottle and can deposit return scheme  will dramatically increase recycling rates in the UK, as it has in other countries.’ The positive results for recycling can be staggering. A report Friends of The Earth published a few years ago calculated that at least, ‘50,000 new UK jobs could be created by 2025’ if the UK can reach the target of recycling 70% of waste.

The U.S. recycles or composts only 35 percent of its waste, sending the rest to landfills, according to the EPA. While countries like Germany, South Korea and Austria recycle over 50%.

The Organization for Economic Cooperation and Development (OECD) has tracked municipal waste management throughout its 35 member states. At the bottom of the list are Turkey and Chile, which each recycle an abysmal 1% of total waste, according to the report. The report cites Germany as the Best nation for recycling at recycling 65% of their waste. How can nations catch up. The report claims success is about changing attitudes and the country has gone to considerable lengths to standardize recycling containers throughout the country. ‘There are color-coded containers all throughout the country that people adhere to’.

Friends of the Earth make a strong case for recycling metals which is another area that needs improvement: ‘Recycling metals means there’s less need for risky, expensive and damaging mining and extraction of new metal ores.’

The earth doesn’t have finite resources to accommodate growing populations and rising living standards around the world. Countries will have to come up with strong policies while there is still time. The longer we leave it the stronger policies will have to be to curb overpopulation and over consumption. More sustainable waste management practices to make sure resources are put to use multiple times are already of primary importance. Otherwise, there won’t be enough resources to go around.

I am the author of the African animal fantasy novel, The Zambezi Allies. All profits of the book are going to the World Wild Life Fund. Please buy it and support conservation.