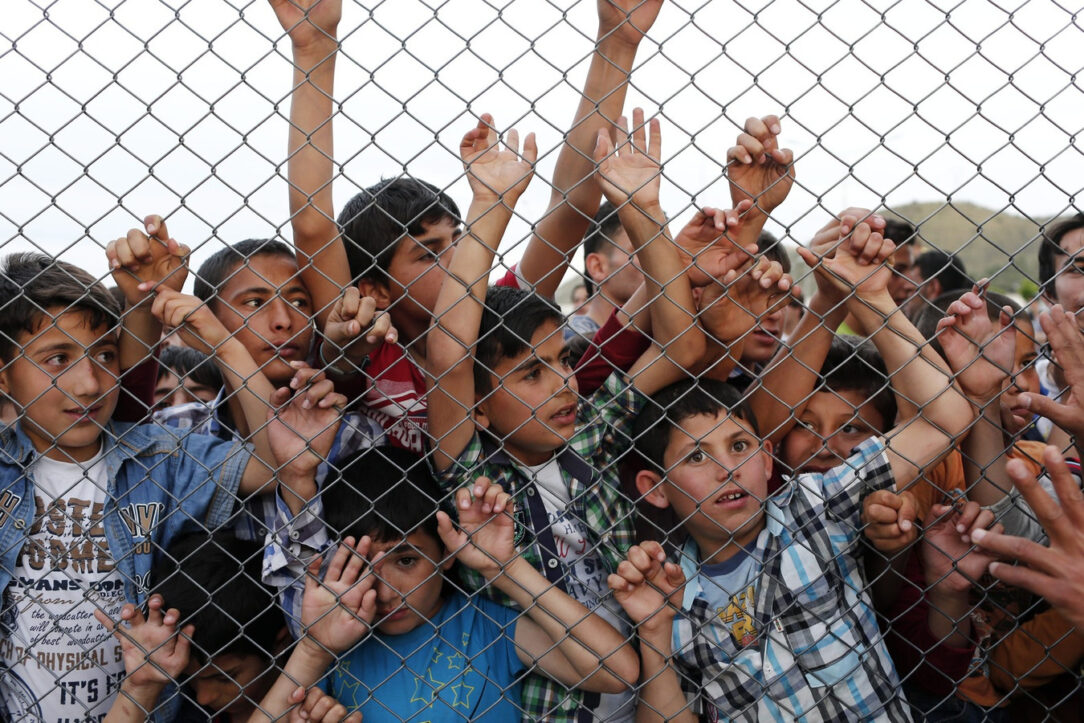 Sweatshops are factories where the workers are employed to work very long hours for extremely low wages, typically under poor working conditions. In today’s society it’s important we ban such workshops and stop the severe form of work that treats women, children and poor people unfairly.

Sweatshop manual workers often can be very young and often work in the clothing industry. They are traditionally found where the local population’s regular income is very low and sweatshop wages are the only way to make a living. This type of factory work has been found in the past in parts of East Asia, Latin America, Central America and China while it was prevalent in Europe and North America in the nineteenth century.

In the past major companies have been found to use sweatshops. much to their detriment. Such was the public’s opposition that famous brands were forced to correct their methods of employing workers in developing nations. Staggeringly, The International Labour Organization (ILO) reports that, ‘168 million children worldwide are considered child laborers. This means that almost 11 percent of the world’s children are working, which interferes with their ability to get an education, and jeopardizes their safety and their ability to experience childhood’.

Historically, in the 19 th century, sweatshops were home based and were formed under contracts. In the homework system, members of a family receive payment for  completed work carried out at home, in a similar way to the gig, freelancer today, though under much poorer conditions and much worse pay, with little hope of alternative employment.

Often residences were converted into a small factory. the word sweatshop became widely used in Vicrtorian Britain when a conditions for poorer worker were much harsher than today. A quick glimpse at Charles Dickens’ books and film adaptions paint a picture of poor working conditions for the general populace in the 19 th Century..

In sweatshop contracting, individual workers or groups of workers agree to do a certain job for a certain price. Sometimes they carry out this contract themselves or they sublet it to subcontractors at lower prices. The desperation for employment can lead to labour exploitation where women, children,and undocumented workers (perhaps immigrants) will accept the unstable and often dangerous conditions
of often extremely long hour sand overcrowded workspaces.

Child Labor in the 19 th Century

Let us concentrate on positive work being done by international organizations, charities and donors to improve workers conditions. When you realize that $200 a month is seen a good monthly salary for young people in Cambodia its not hard to see how ‘sweat shops’ can form from immoral foreign companies.

Promisingly, a new study reveals a 2007 initiative by the United Nations aiming to promote competitiveness and improve the working conditions of more than one million workers in garment factories across seven developing countries has achieved promising results.

It’s clear, however, there is still much work to do: India’s 2011 census reports there are 8.2 million child laborers in the 5-14-year-old age group. The Global March Against Child Labor estimates that 100,000 children work for more than 14 hours a day in the illegal sweatshops in and around Delhi.

Campaigners are insisting laws are tightened to prosecute fraudulent labor recruiters and employers of child labour. Importantly, they want better education to those who are entrenched in cultural norms where they believe child labor before education is normal.

In  Cambodia the apparel market is extremely important. In 2013, Cambodian global exports amounted to roughly US$6.48 billion. In a country where according to macroeconomic data, the average Annual Household Income per Capita was 1,376.489 USD in Dec 2017,  any form of regular employment is cherished. From an outside perspective it’s easy to condemn Cambodian practices, though when you realize that a large proportion of the capital’s sick can be seen sleeping on the streets. Cambodia should be given help in banning unfair, unsafe workers conditions.

According to Human Rights Watch, abuses in Cambodian factories include:

What progress is being made?

Despite pressure from the government and garment manufacturers to keep names of non-compliant factory confidential, in March 2014, BFC launched its Transparency Database, which publicly names the 10 “low compliance” factories every three months.

The problem of sweatshops has not gone away and is not likely to be removed from societies any time soon. If we find out a major company is directly or indirectly benefiting from unscrupulous sweatshops we should write to local and international newspapers or to politicians. If you are a worker suffering in a sweatshop under poor conditions be careful to whom you whistle blow. Perhaps write anomalously to newspapers and politicians, make private videos and send to influencers online.

Speech on Propaganda
Speech on Down Syndrome
To Top