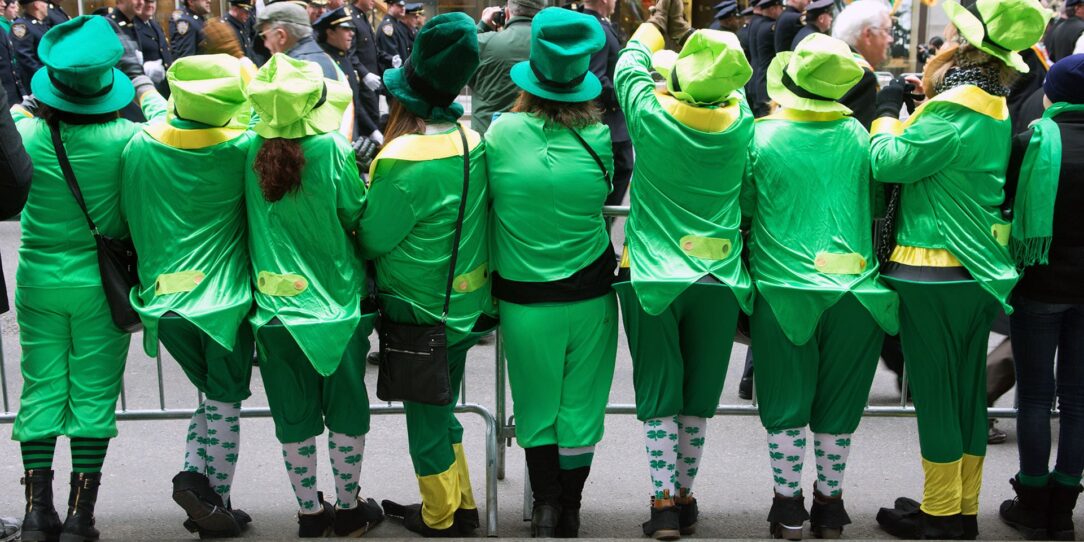 Everyone loves an excuse to have a party. St Patrick’s day, March 17 this one of those major celebrations celebrated in most corners of the world. It celebrates the feast day of St. Patrick, patron saint of Ireland. He was born in Roman Britain in the 4 th Century and kidnaped to be a slave in Ireland. He escaped but returned around 432 AD to convert the Irish to Christianity. He is credited with bringing monasteries, churches, and schools to Ireland.

Many legends surfaced after his death in 461. Some say used the shamrock to explain the Trinity which is very important in Catholic Christianity.  Some legends claim he expelled all the snakes out of Ireland. religious services and feats were held in his honor.

Irish immigrants who massed on the United States by some 3 million in the 18 th Century turned the old feast into modern-day, secular parties celebrating Irish culture. The feasting continued though it’s now famous for a good reason for many to drink and make merry.

American cities with large numbers of Irish immigrants were famous for the most extensive celebrations.
Street parades of people wearing green of the ‘old country’ became the norm. Boston held its first St. Patrick’s Day parade in 1737, followed by New York City in 1762. Since 1962 Chicago has jubilantly colored its river green to mark the St Paddy’s as it’s sometimes known. All races and nationalities have nowadays adopted the event and celebrate by wearing green clothing and adorning shamrock metal badges, the Irish national plant, made famous by St. Patrick.

There are some foods which the any serious celebrator of St Patrick’s day should eat. The Food Network says there are ‘5 Obligatory Irish Foods You Should Be Eating on St. Patrick’s Day’.

Of course, you don’t have to make the food to celebrate your St Patrick’s day. You could find a ubiquitous Irish pub which are famed for cooking Irish fare and are sure to have live music and reverie on St Paddies.

Surprisingly, The Philippines is one place in the world that takes the celebration very seriously.  Most Filipinos can relate to the Irish on several levels. Both cultures have their roots in Catholic Christianity, share a love of good food, and know the value of spending time with friends over a drink or two. American soldiers are credited with spreading the celebration when many were stationed around the country. Another thing that Filipinos and Irish people are finding out they share: a liking for good Irish whiskey. Jameson, the number one Irish Whiskey in the world, has become popular there, and its distinctive smooth taste has begun to win the local market over. None more so than in the Poblacion locale where you will be likely to find people sipping on Jameson or its’ signature drink Jameson, ginger ale and lime.

It should be noted that if you want to drink like a real Irishman and celebrate St Paddy’s, nothing is more appropriate than a pint of Guinness or a shot of Irish whiskey. However, another fine beer has crept into the celebrations: green beer.

Dr. Thomas Curtin, a coroner’s physician and eye surgeon, first colored beer for a St. Patrick’s Day party at the Schnerer Club of Morrisania in the Bronx in 1914. The good news it’s easy to make. There is no trick to making green beer and it requires no special bartending skills. The secret is simply, a pale colored beer that has a drop of green food coloring added to it. The flavor does not change, only the color.

Speech on Importance of Planting Trees
Speech on Patience
To Top